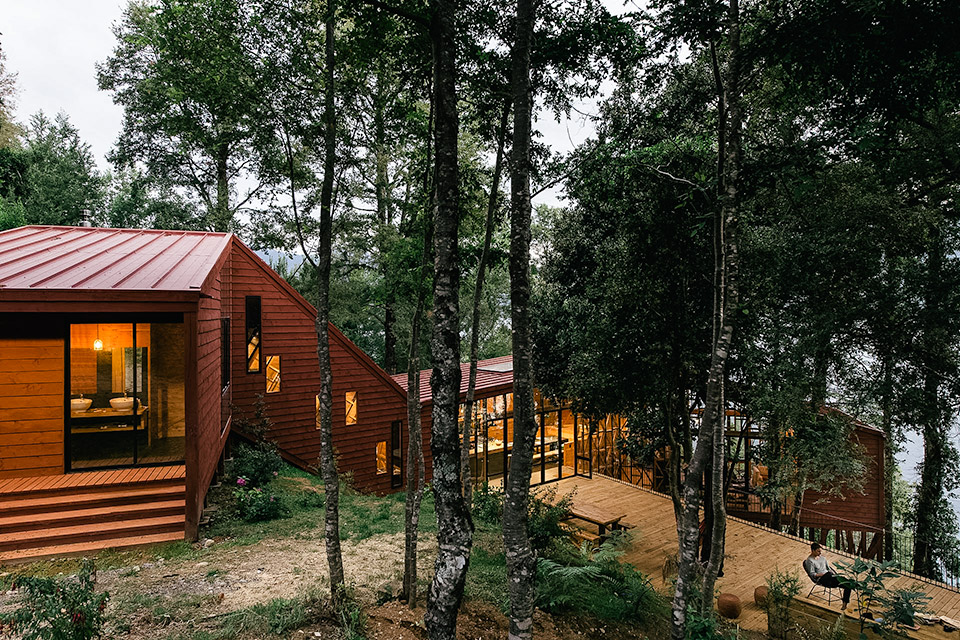 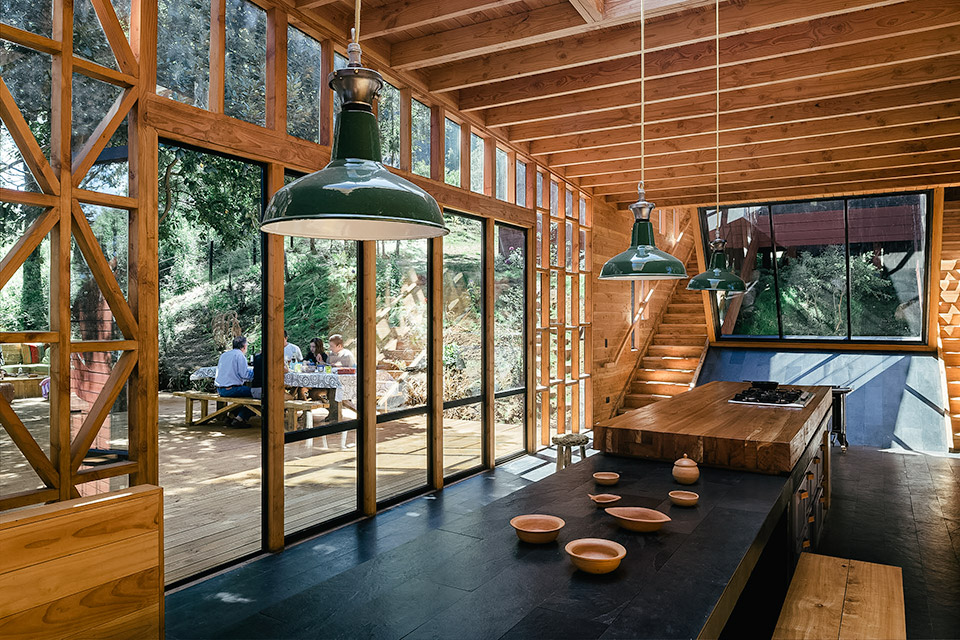 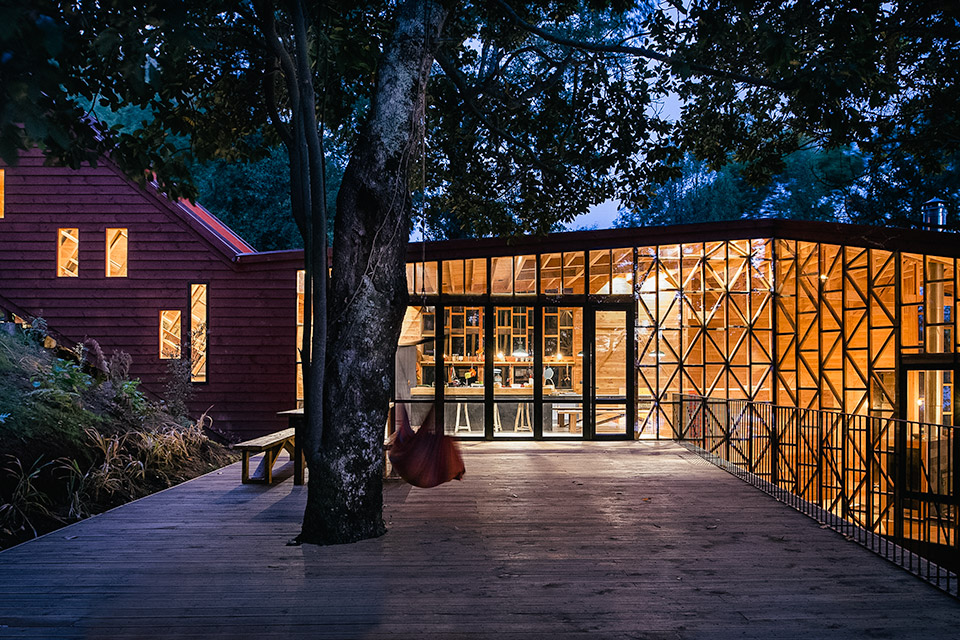 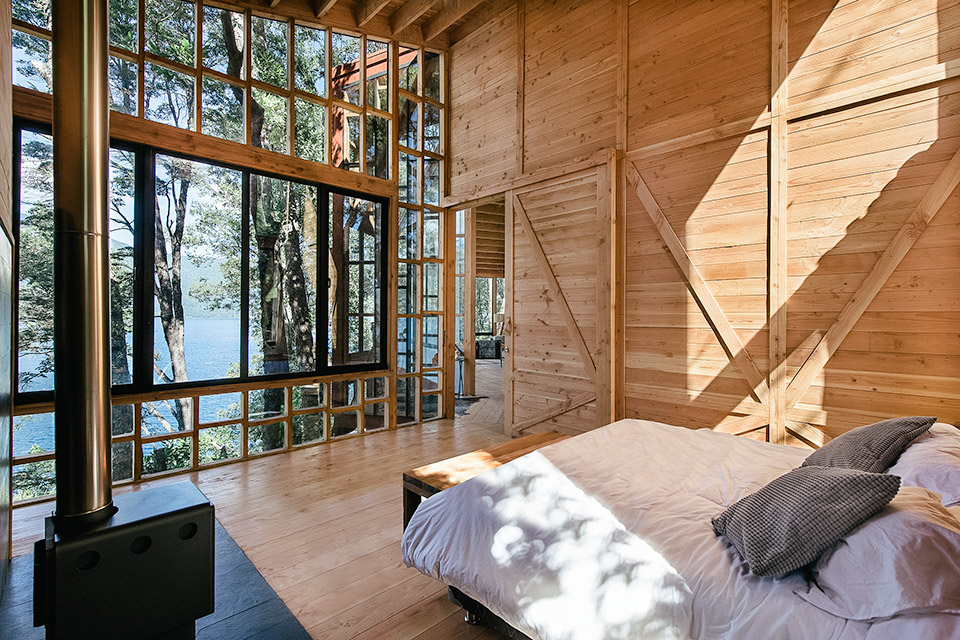 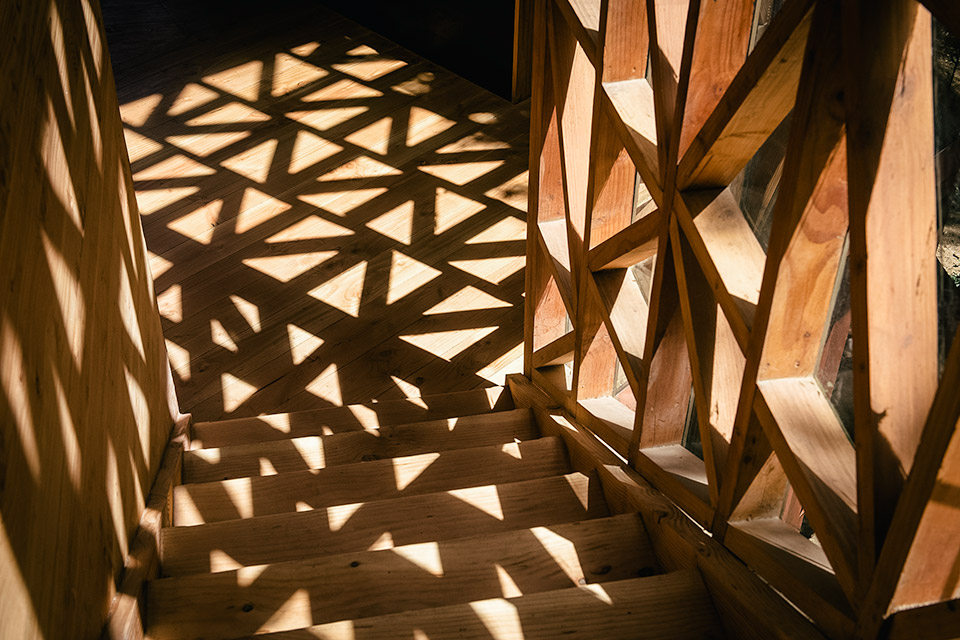 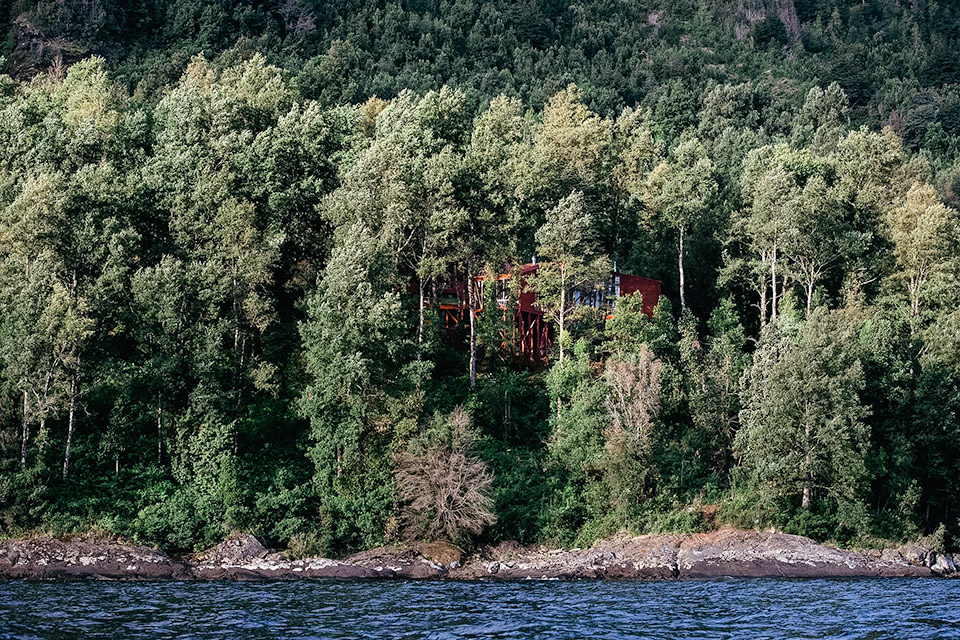 Built along the shore of Chile's Lake Colico, the 2Y House was designed to take advantage of the dense wooded setting, as well as the South American sunlight. Just as its name states, the home is formed by a pair of intersecting Ys. This layout pairs with full-height glazing to incorporate the sylvan landscape without disrupting it, while also creating two points of entry for natural light, ensuring every inch of the interior is illuminated during all hours of the day. The structure sits on a foundation of timber stilts, even following the grade of the land, further keeping the plot in its natural state. Internally, the home mimics it's surrounding with natural wood planks, contrasted by the exterior's red-stained facade. At the furthest end of the home, a glass-encased platform entends out to the water to maximize views of the bordering lakeshore.