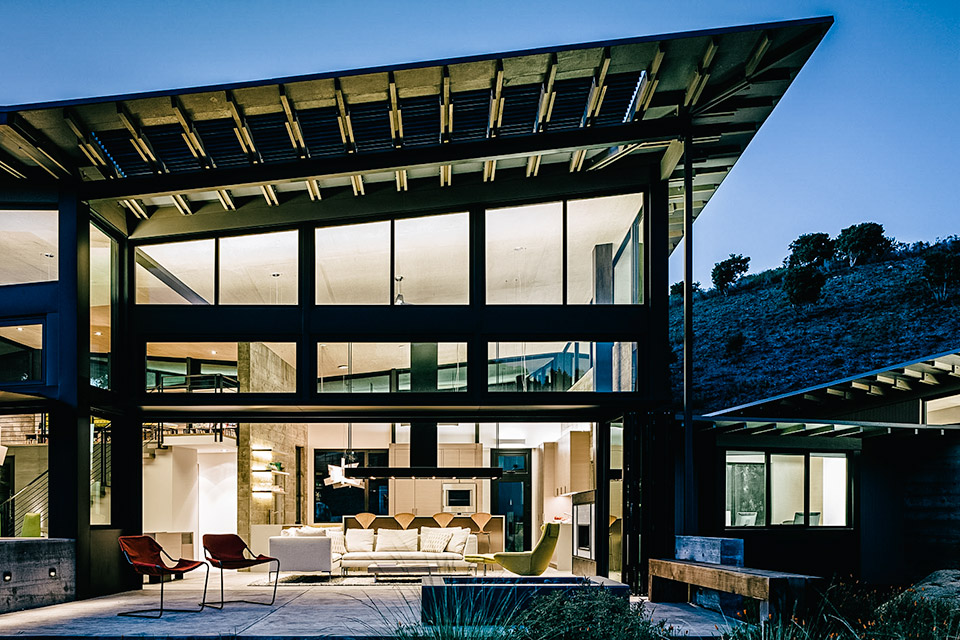 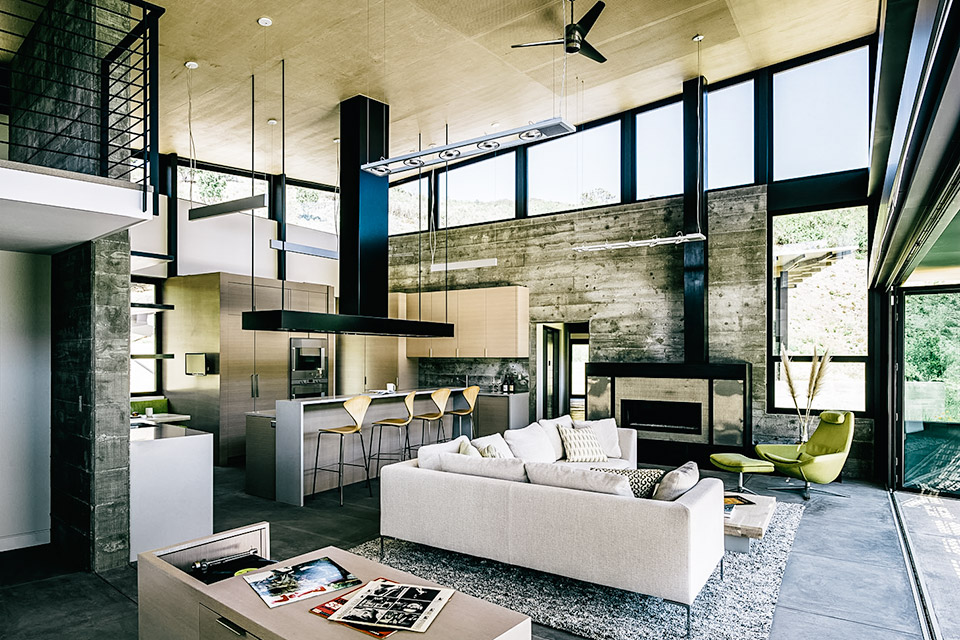 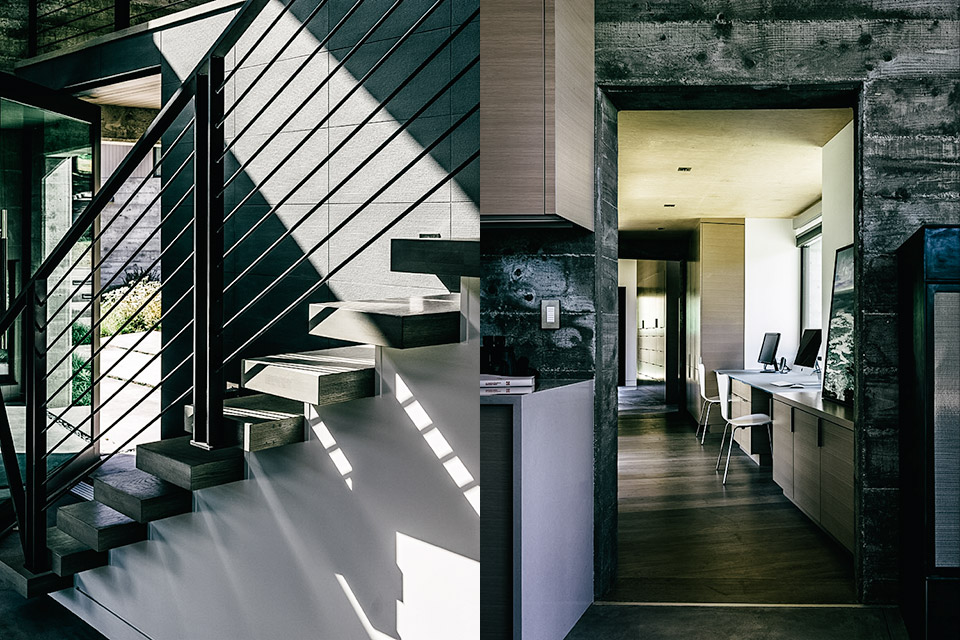 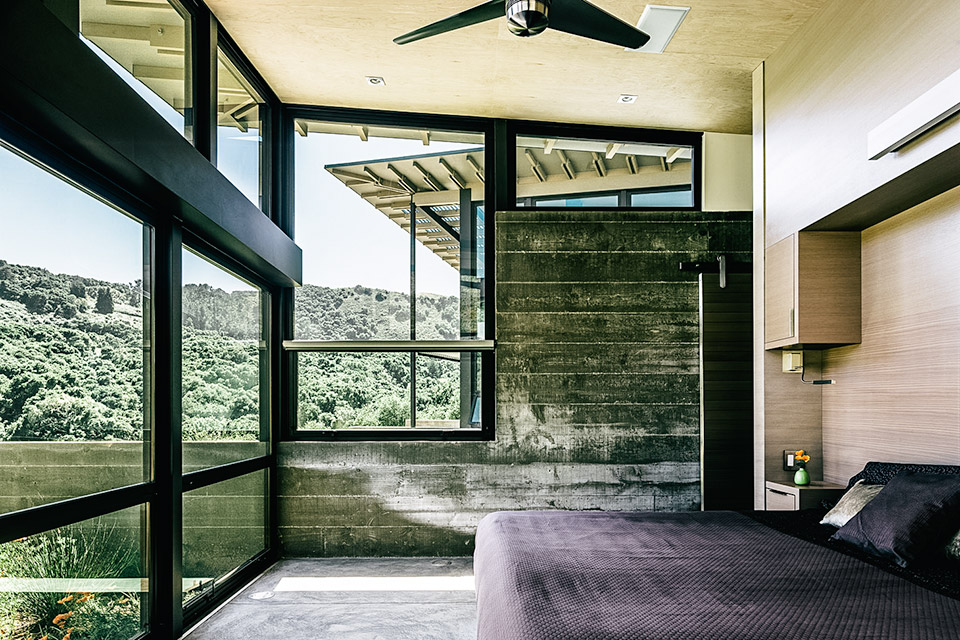 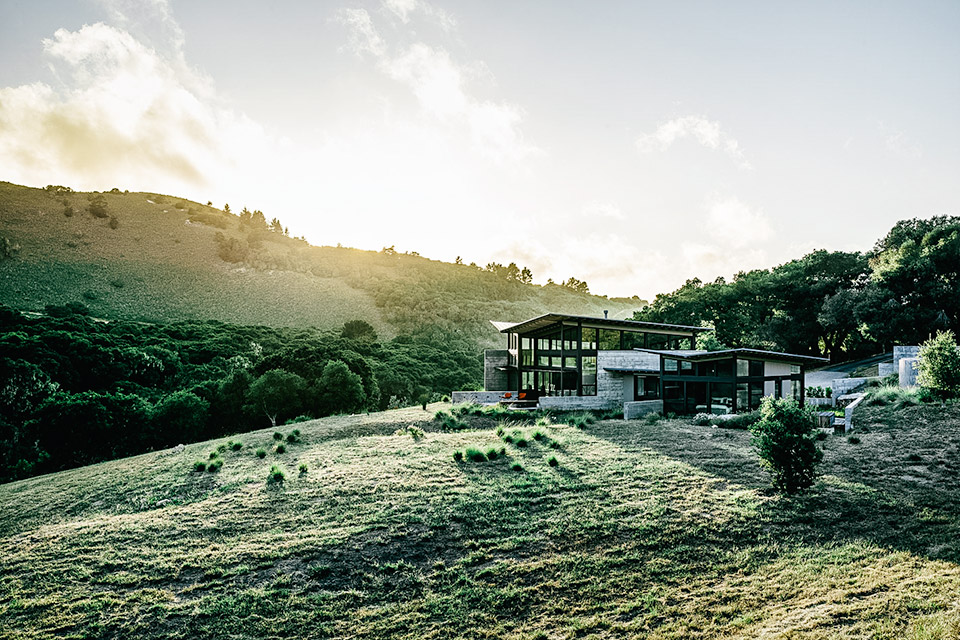 Located on a 20,000-acre private preserve in California, the Butterfly House takes inspiration from the brightly-colored insects that inhabit the surrounding meadow. The home is made up of three pavilions, with the center housing the main living areas and sleeping quarters on either end. Each structure is topped with sloping v-shaped roofs, giving the home its name while also funneling rainwater to be used for the property's irrigation system. With a landscape of canyons and hillsides surrounding the site, the outdoors is brought in through extensive glazing that opens up to numerous outdoor spaces.