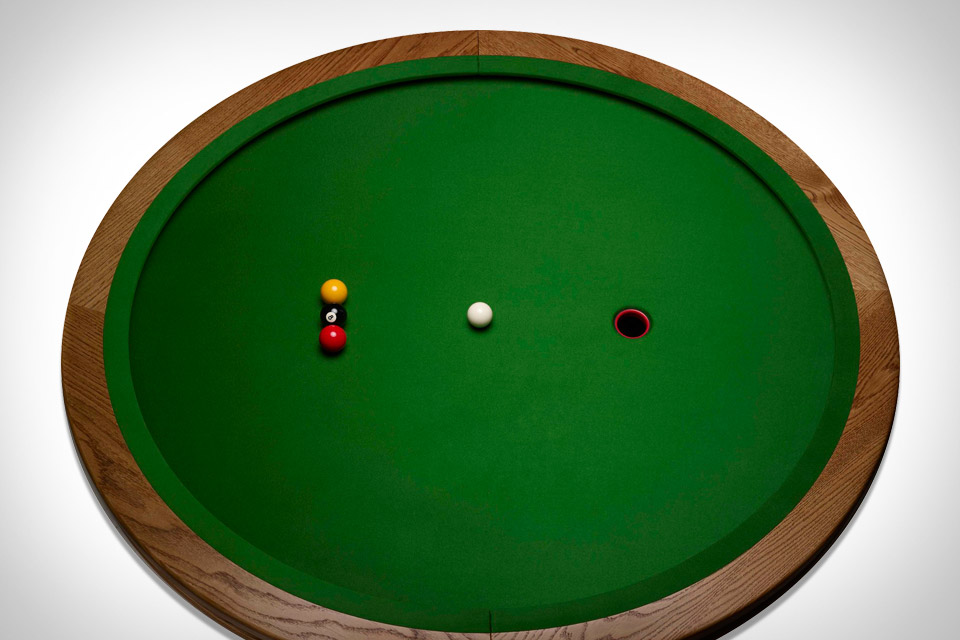 Based around some sound-yet-obscure geometric laws regarding ellipses, the Loop Elliptical Pool Table lets you play a skillful game of pool on a smaller table and with only three balls. To play, you set the eight ball on a dot opposite the pocket, flanked by the yellow and red balls. The two players then shoot at one or the other colored balls, attempting to drop it, followed by the black ball. It looks easy, but when you realize that the game's all about indirect hits and using the angles of balls bounced off the rail, it becomes a far more formidable — and enjoyable — challenge.