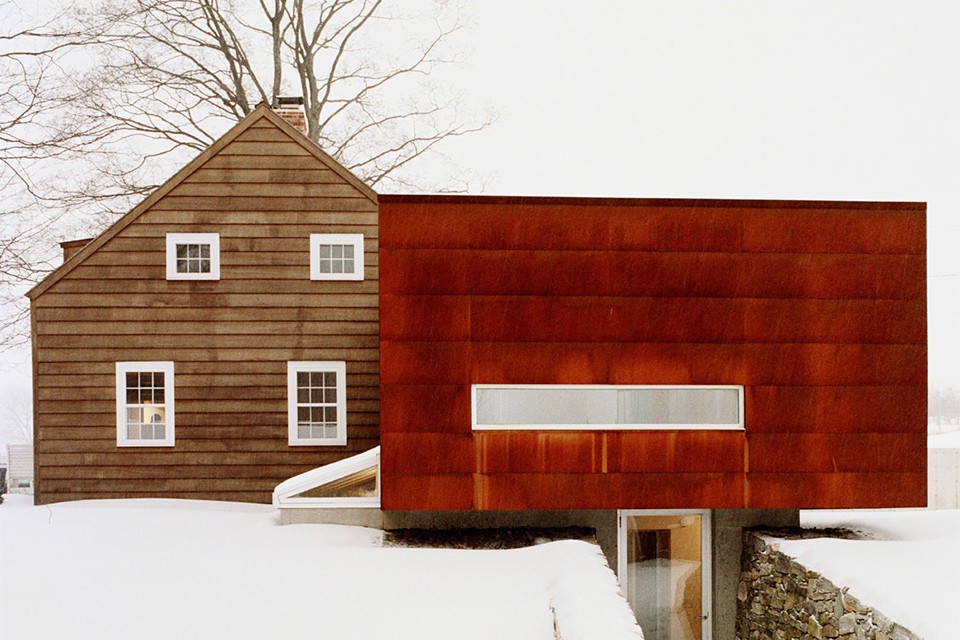 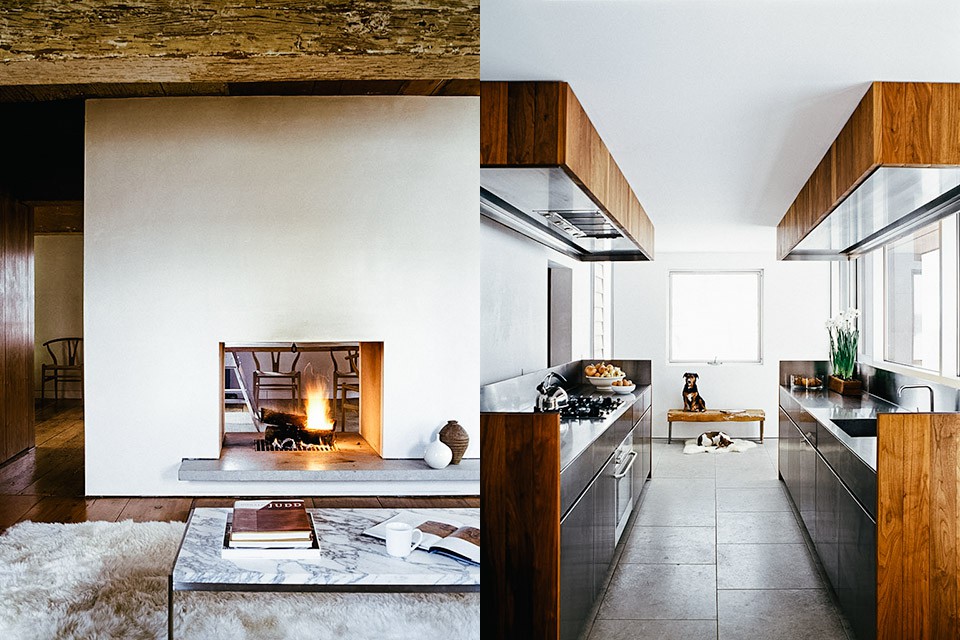 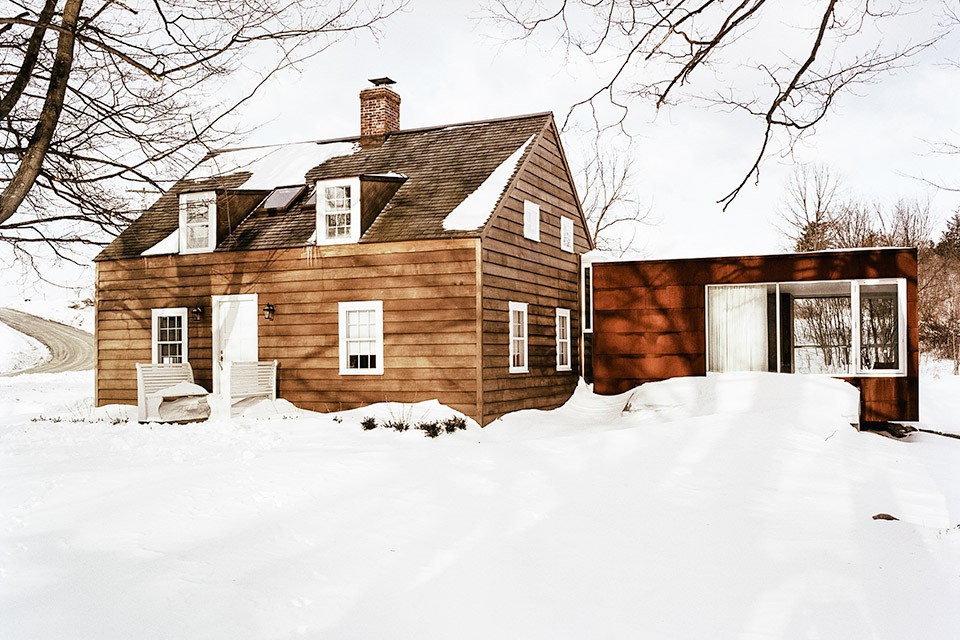 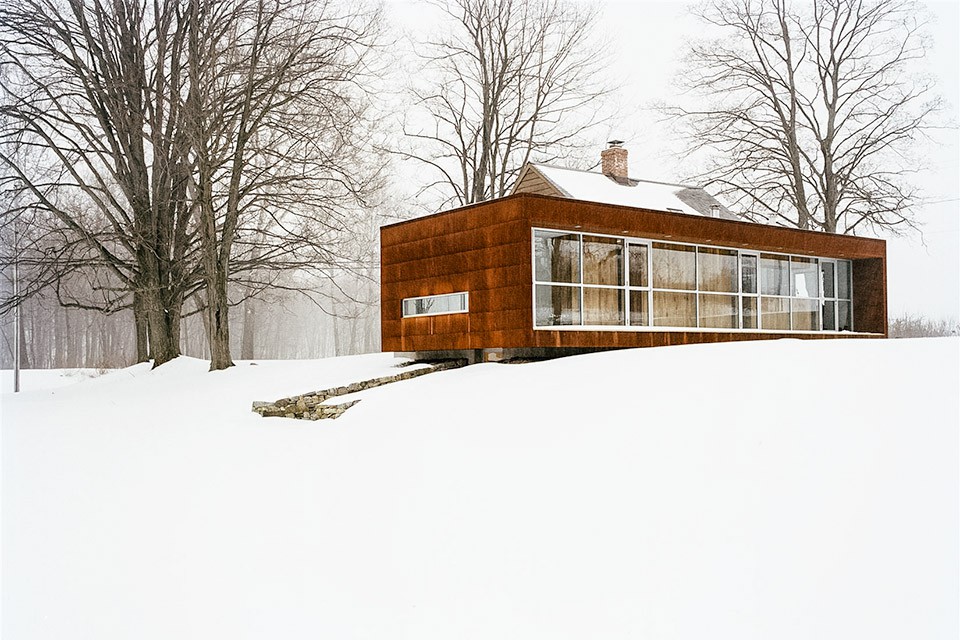 Drawing inspiration from an unlikely source — trailer homes — the Ten Broeck Cottage by Messana O'Rorke is a masterful redo of an Eighteenth Century homestead. The house was in serious disrepair when the project began, and while the wide board flooring, hand-hewn timbers of the frame, and wattle and daub wall in the basement are nearly all that remain, the new look of the original cottage pays homage to its simple origins, while the bright red addition is unabashedly modern. And unlike many other architectural gems, it's available for rent.