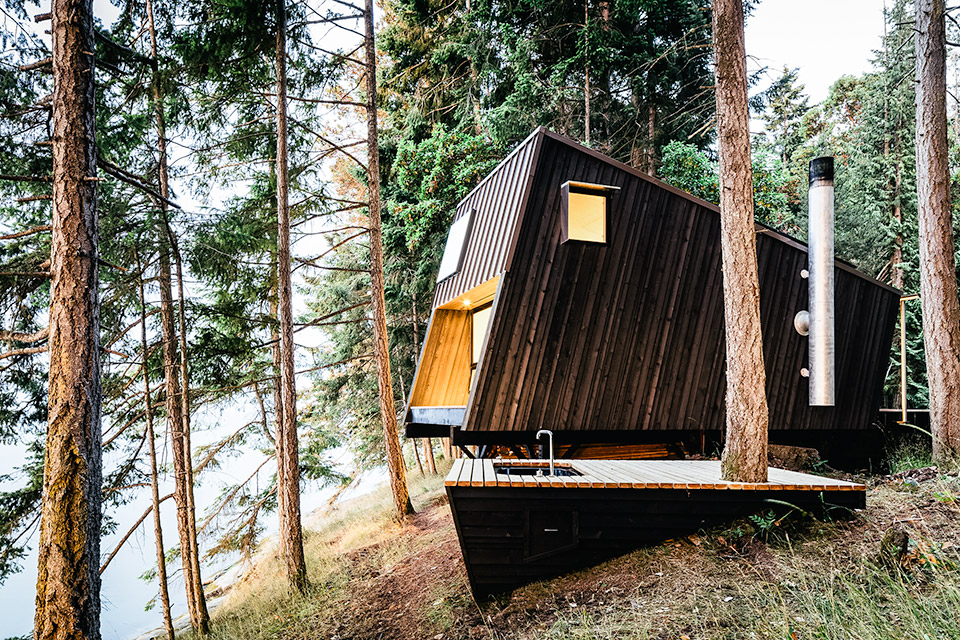 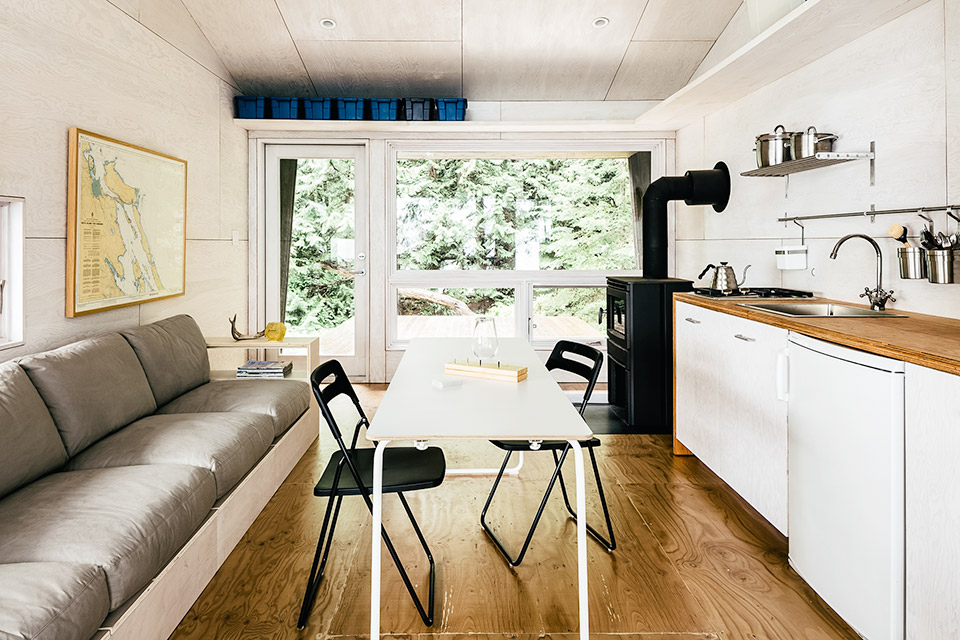 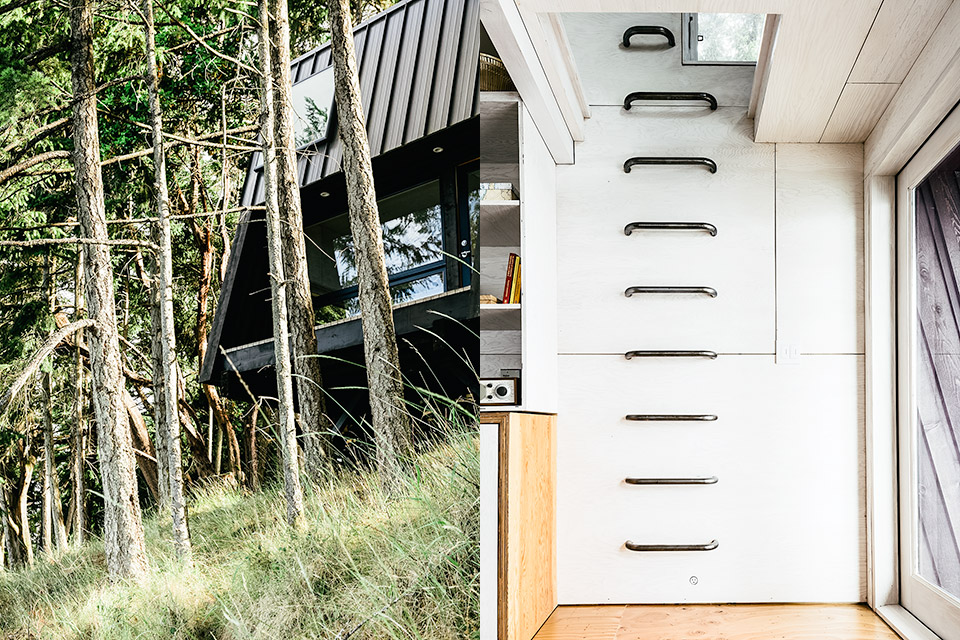 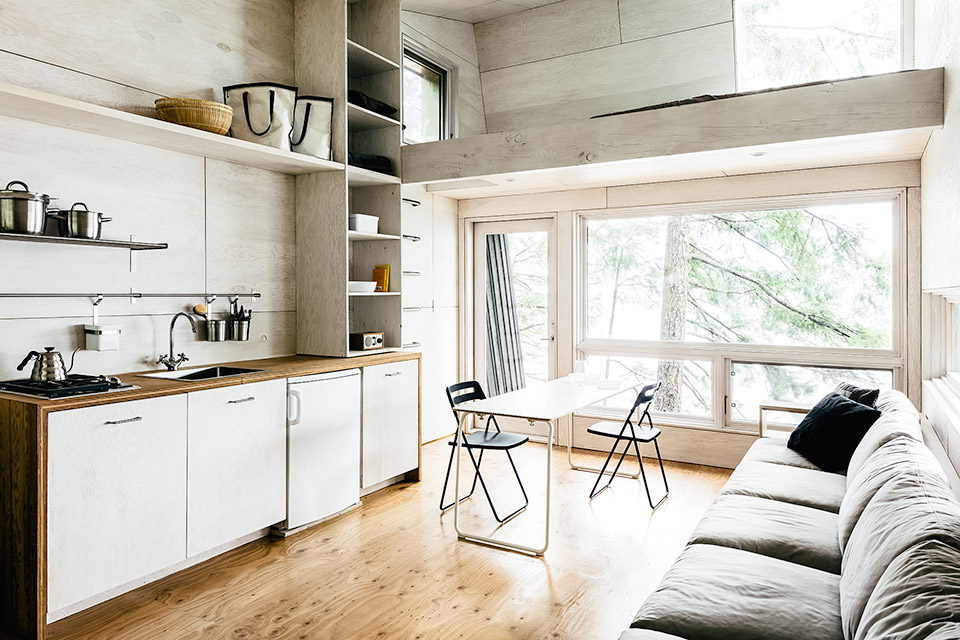 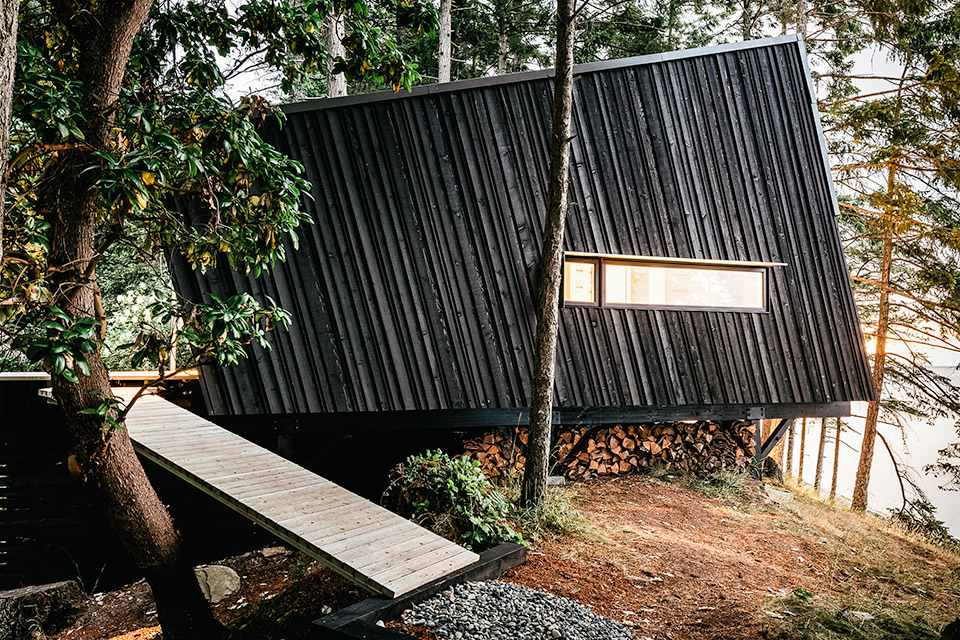 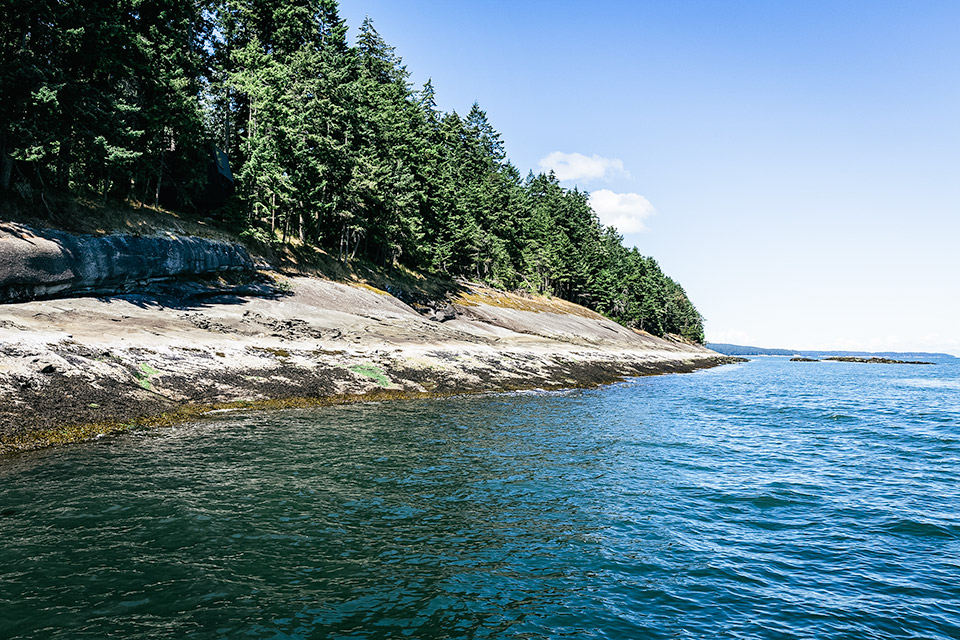 Set high on a hill among the Douglas fir trees of British Columbia's Gulf Islands, the Valdes Island Shack is an off-grid labor of love. Built by Burnkit designer/founder Josh Dunford, this simple getaway was conceived as a tilted box, with black-stained cedar siding running perpendicular to the roofline. The interior is covered in saw-cut, white-stained plywood, with a long banquette on one side, a kitchen on the other, and a sleeping loft above. Rainwater collection and solar power enable modern amenities, including an outdoor shower and soaker tub, the latter perched on the edge of the hilltop to maximize the panoramic views of the Strait of Georgia and the surrounding mountains.