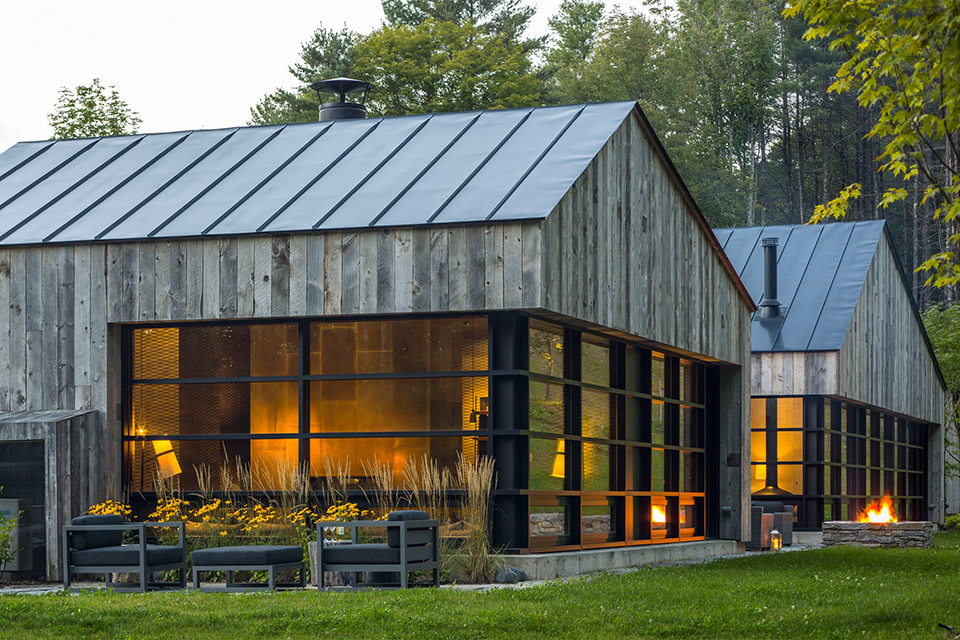 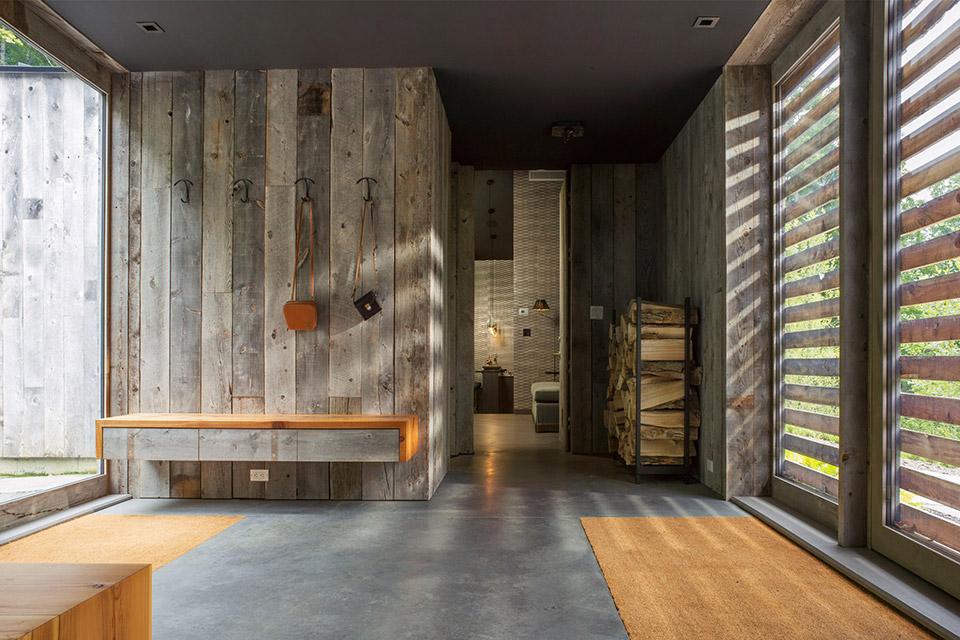 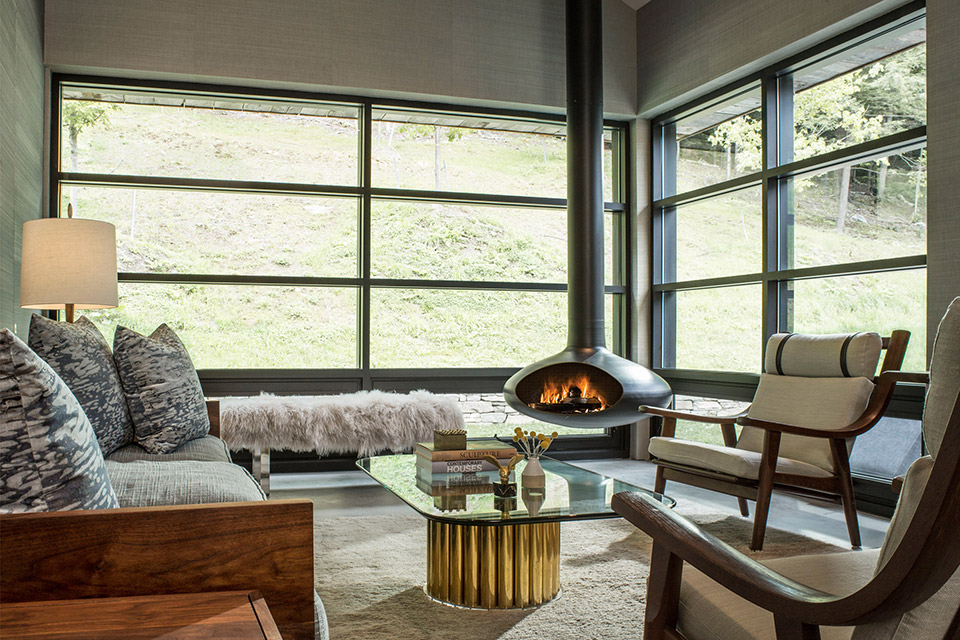 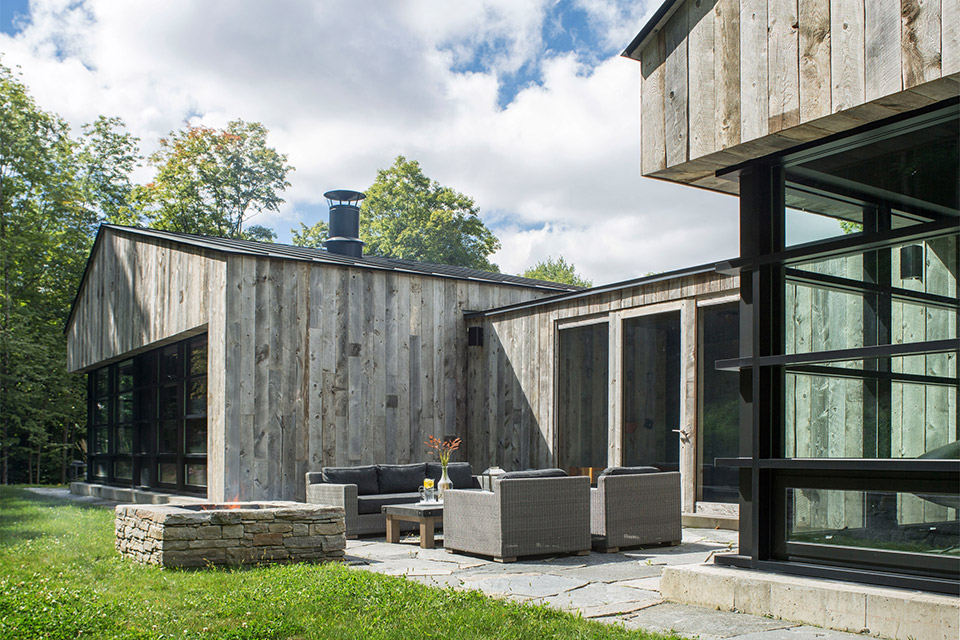 From the salvaged Douglas fir cladding to the gabled roofline, the Woodshed Guest House is greatly influenced by local architecture found throughout the Vermont foothills. The home is composed of two mirrored structures, joined together by an entryway and outdoor terrace. The southern wing is made up of three bedrooms, a kitchen, and living space for guests to stay while visiting the main house down the street, while the north end serves as a space for entertaining with a bar, lounge, and game room. Horizontal screens on the public end mask the interior from the street but also allow natural light to seep in through their cracks. On the opposite, private side, the timber siding is broken up by a glass facade, exposing views of the mountainous landscape.