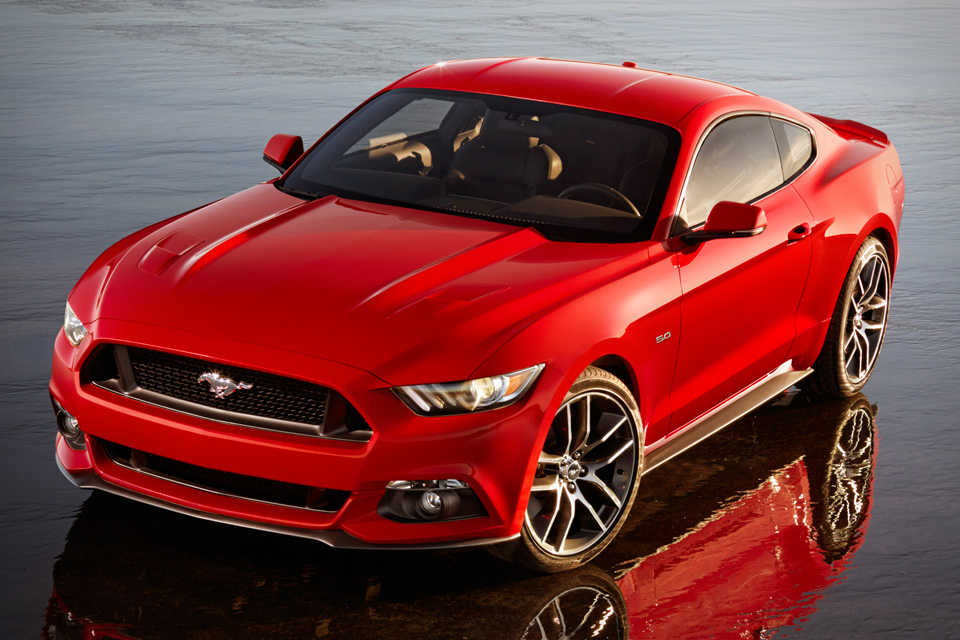 Over the past several decades, we've seen more design missteps than successes in the form of America's iconic muscle car, but just in time for their 50th anniversary, the guys in Detroit seem to have gotten everything right with the 2015 Ford Mustang ($TBA). While the look has been completely updated for a new generation, there are plenty of elements in this pony car that are distinctly Mustang, namely the fastback rear window, the long hood, and short rear deck. And though there are suggestions of retro, this is every bit a modern car, with improved handling thanks to a new suspension system, improved electronics and entertainment, and a surprising array of engines offered. Drivers can now choose from the Mustang standard, a 5.0-liter V8, a 3.7-liter V6, and for the first time ever a four-cylinder turbocharged 2.3-liter EcoBoost. Though the third will no-doubt ruffle some purist feathers, it's obviously an attempt to appeal to a global market concerned with fuel economy. All things said, the new Mustang is a strong step in the right direction, and clear proof that American muscle isn't dead — it's just growing up.