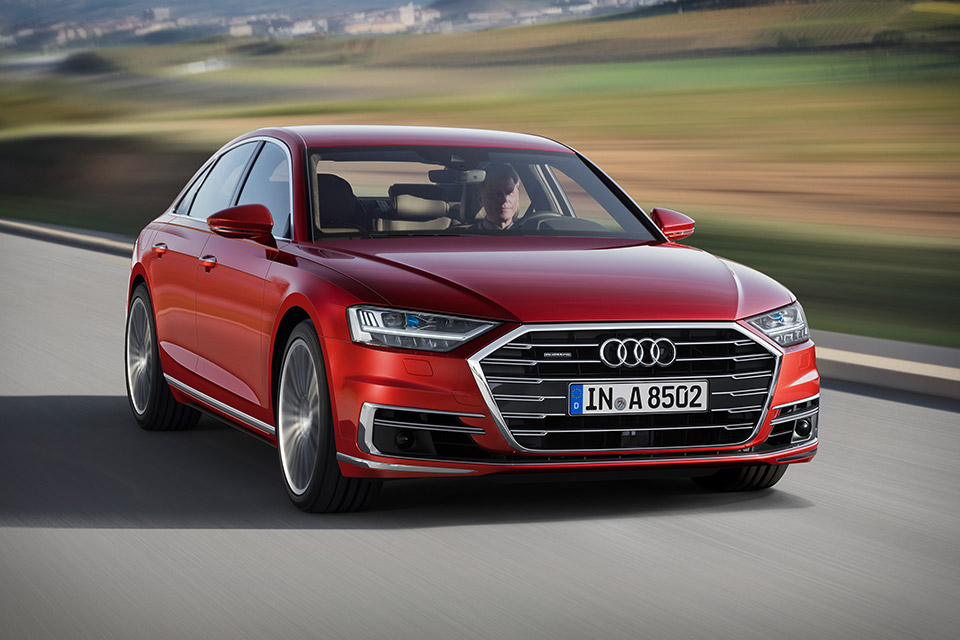 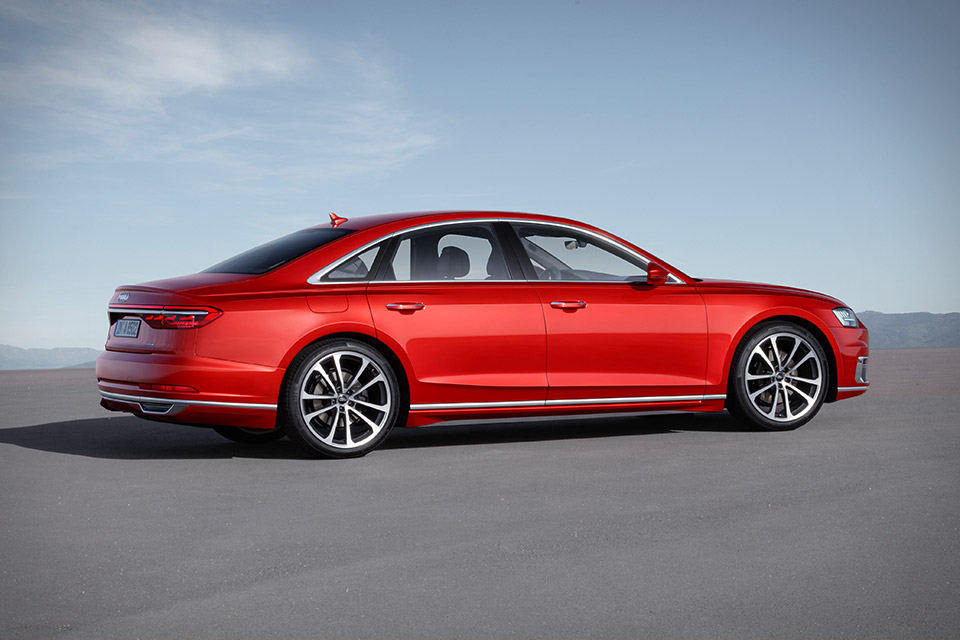 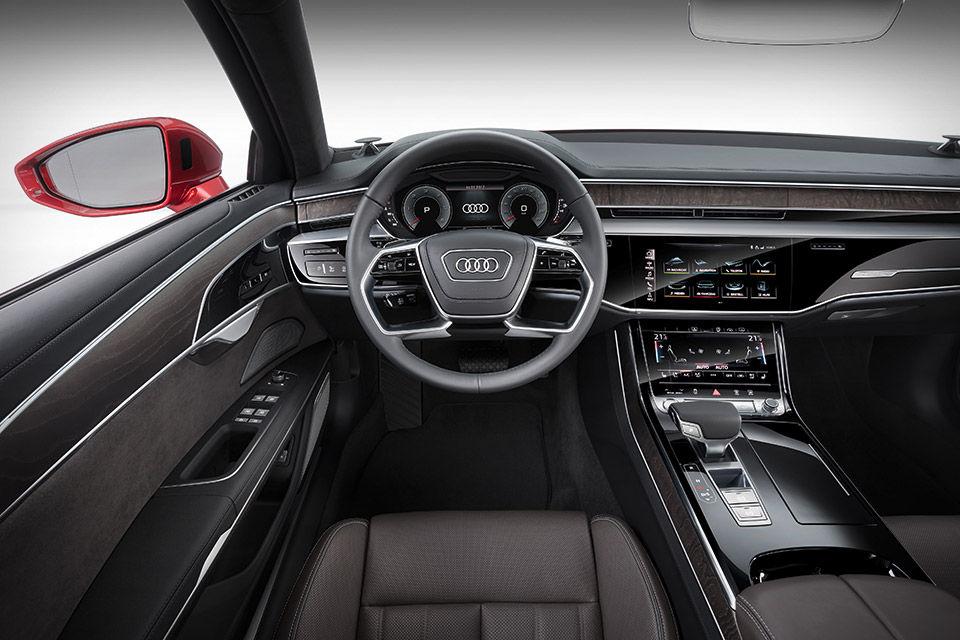 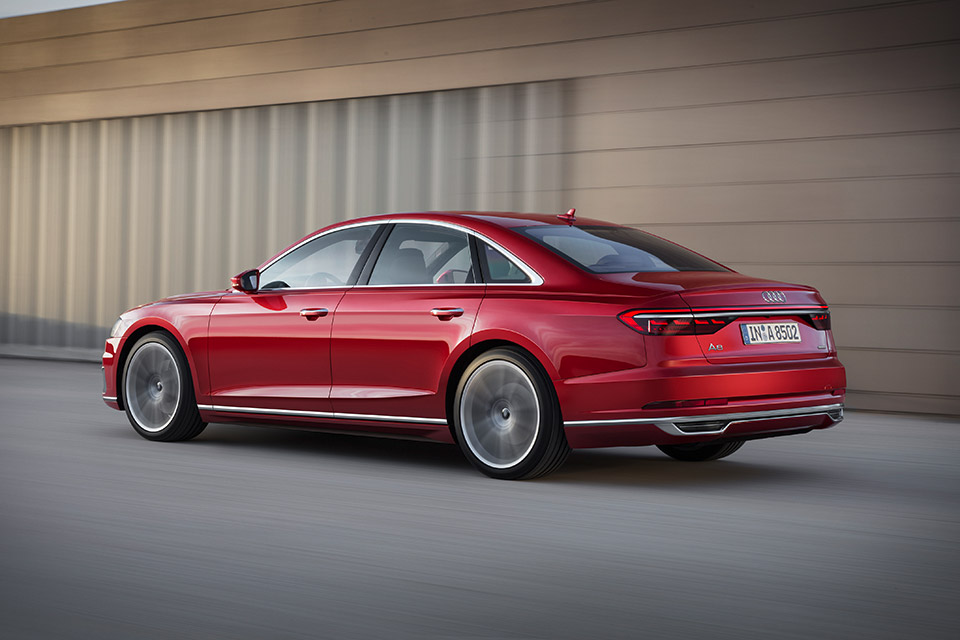 Apart from its lauded Quattro all-wheel-drive system, Audi is perhaps best known for packing its cars with technology. Its latest flagship sedan, the 2018 Audi A8, is no exception. From its HD Matrix LED headlights with laser lighting to its touchscreen controls, it looks firmly towards the future. Thanks to an array of sensors, cameras, and a laser scanner, it can drive itself in heavy traffic at speeds up to 37 mph, and steer itself into both parking spaces and garages. The mechanics are advanced as well, with dynamic all-wheel steering and a fully active suspension system, and power is provided by one of five engines, all using mild hybrid technology, with a powerful plug-in hybrid planned for later release.