20% OFF MOST EVERYTHING ON UNCRATE SUPPLY FROM NOW THROUGH MONDAY. DISCOUNT APPLIED AUTOMATICALLY AT CHECKOUT. 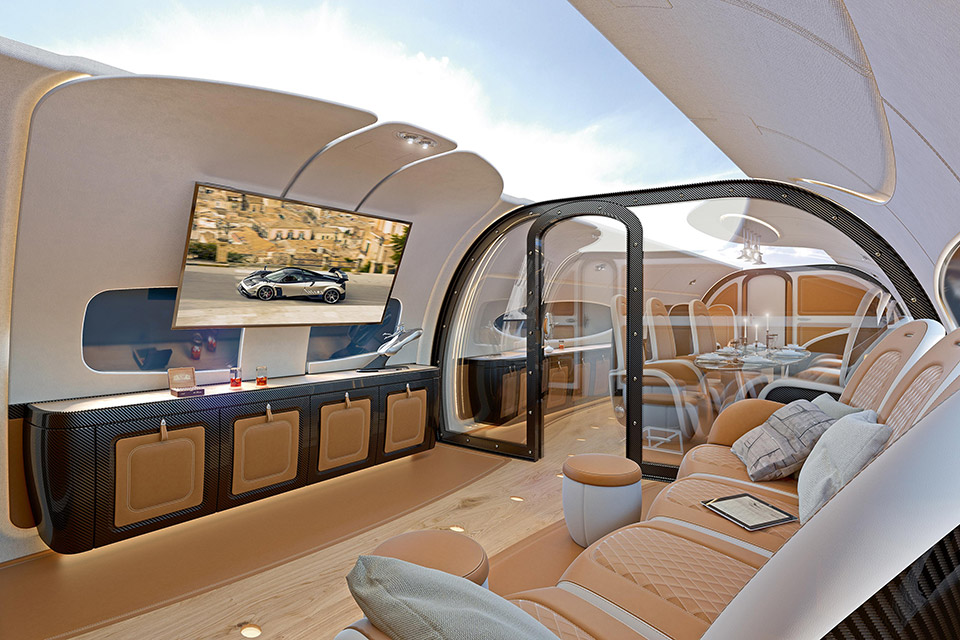 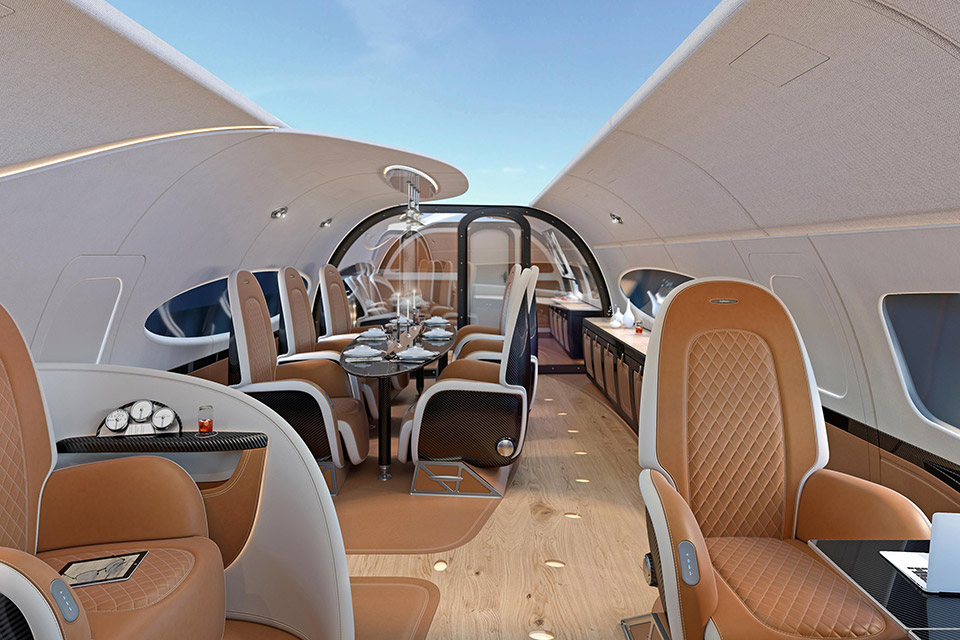 Pagani is known for its striking car designs. Now it can add aircraft design to its portfolio. The Airbus x Pagani Infinio Jet Cabin brings the Italian firm's panache to the interior of a business aircraft. Based on the ACJ319neo, which already offered the widest and tallest cabin in its segment, the Infinio's signature feature is the sky ceiling. This series of roof-mounted screens brings in a live view of the sky above the plane, providing a feeling of openness unmatched in traditional aircraft. Walls separating the different areas, such as the lounge and conference room, switch from transparent to opaque at the press of a button, furthering the open feel. The influence of Pagani's supercars is felt throughout, with soft leather carpets, sculpted metal features, and carbon fiber furniture that's both aesthetically pleasing and functional — much like the aircraft itself.