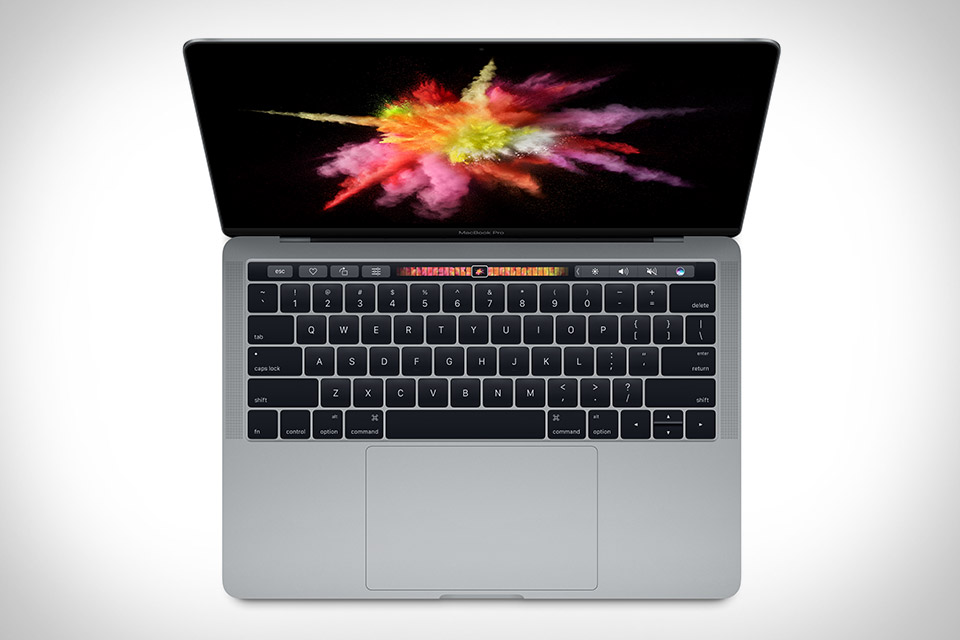 It's been years since Apple redesigned the MacBook Pro. They've used the time wisely. The new Apple MacBook Pro is thinner, lighter, and smaller than the previous generation. The display comes in 13- and 15-inch varieties, and is brighter, has greater contrast, and displays more colors than before. Open it up, and you'll find a Force Touch trackpad that's twice as large, an all-new keyboard, and, most noticeably, the Touch Bar. It's a multi-touch display that replaces the function keys, dynamically changing depending on what you're doing, with a Touch ID-enabled power button hidden on the far-right side. Hidden inside, there are Intel Core i5 or i7 processors, Intel Iris or Radeon Pro graphics, even faster SSD storage, an all-new speaker design, and four Thunderbolt 3 ports that also support charging, USB-C, and video out. But most likely the first thing you'll notice is the color: in addition to the classic silver, the all-aluminum body will now be available in a subdued space gray.