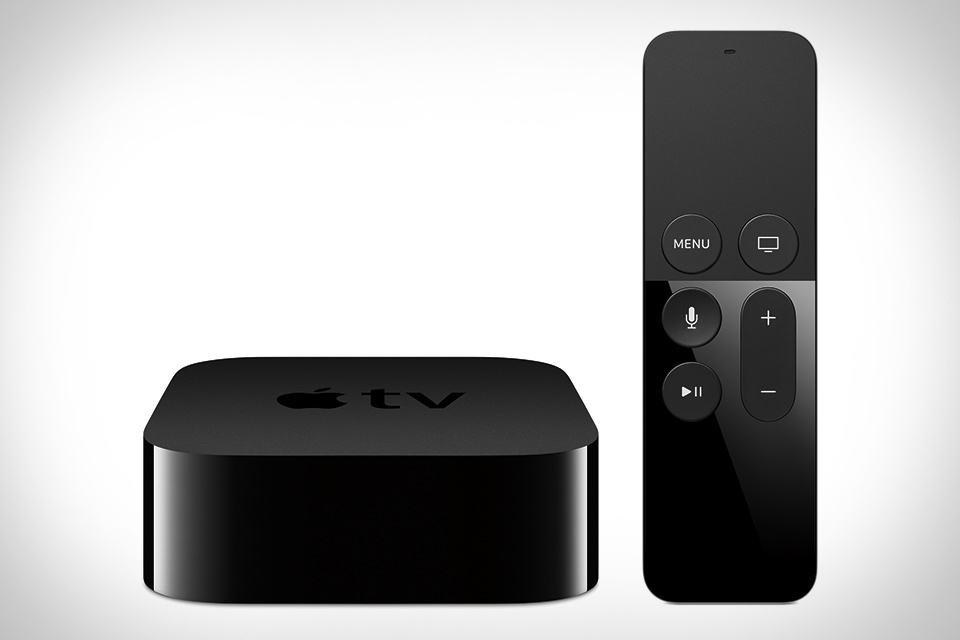 Before he died, Steve Jobs said Apple had "cracked" the TV interface. With the new Apple TV, we might finally get to see what he was talking about. It has a totally new user interface, controlled by a new six-button rechargeable Bluetooth remote with a glass touchpad surface at the top and integrated Siri control that searches across multiple apps, giving you the results for each movie or show on a single screen. The new tvOS is built on top of iOS, so it finally has an App Store that supports both standard apps and games, the latter of which can be controlled with the motion-sensitive remote, Wii-style, an iPhone, or iPad. Available in 32 and 64GB versions.