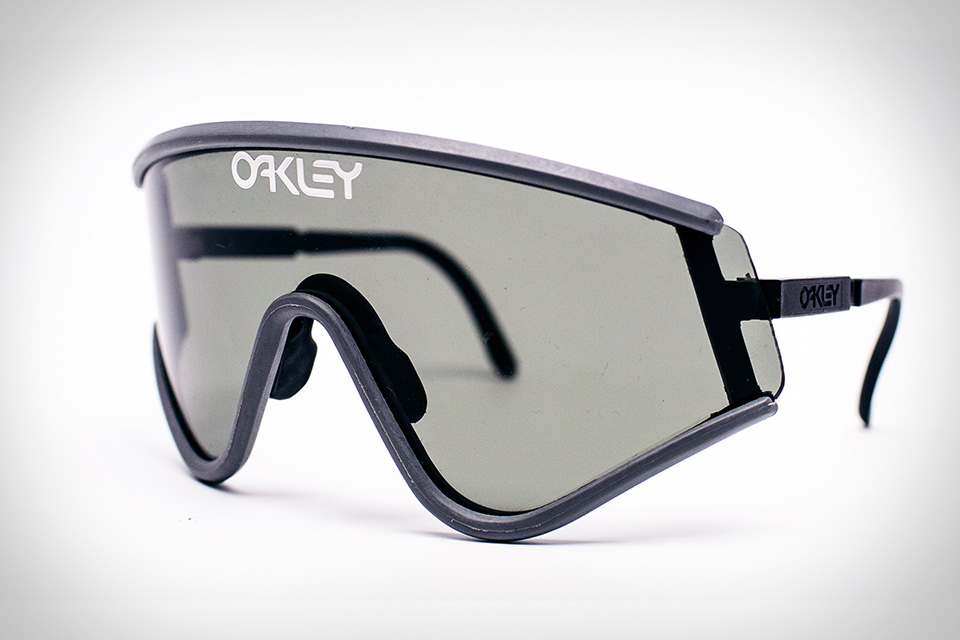 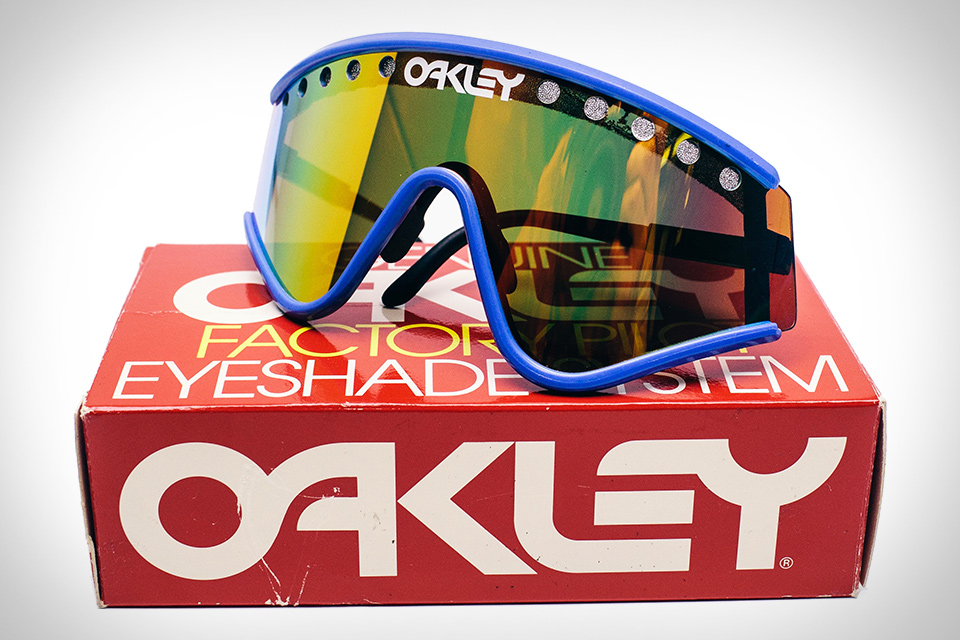 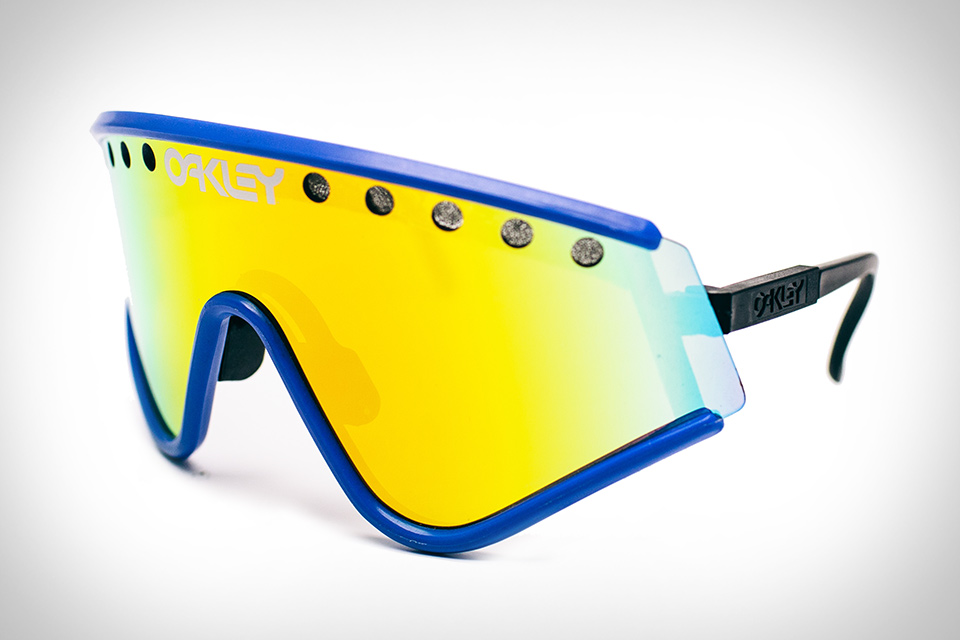 If you're like most of us, you were probably introduced to Oakley via their casual Frogskins, or perhaps the M-Frame glasses that seemed ubiquitous among MLB players of the '90s. But the Oakley Eyeshades came first. From his garage in 1980, where he was using a new material called Unobtainium to make motocross grips that actually increased grip when exposed to moisture, Oakley founder Jim Jannard decided to make a radical new motorcross goggle design with a later-patented cylindrical-shaped lens. Next on his list? Sunglasses.

Jannard used the same single-lens design from his goggles for the new shades, along with the Unobtainium technology, guaranteeing a secure fit. The lenses themselves were made from an optically-pure synthetic material called Plutonite that was lightweight, boasted stout impact resistance, and filtered out 100% of all UV. If all that sounds familiar, it's because the company still relies on the material today. The Eyeshades also sported innovations like non-slip hydrophilic nosepieces and adjustable earstems.

Launched in 1984, American cyclist Greg LeMond was one of the first to adopt the new Oakley Eyeshades, a fact made more interesting because most Tour de France cyclists shunned eye protection at the time. Following LeMond's second-place finish in the 1985 tour, the glasses became must-have equipment for a host of other riders, cementing Eyeshades as an icon of sport sunglasses. From there, a stampede of other athletes and weekend warriors joined the Oakley bandwagon.

While you can't buy an original pair of Eyeshades — the ones we photographed live at Oakley HQ, inside the metal briefcase of company historian and former motocross rider Mike Bell — you can now pick up a collectors edition of these historic sunglasses, complete with "2014" inside the frame, improved nose pad constructions and two sets of earstems.