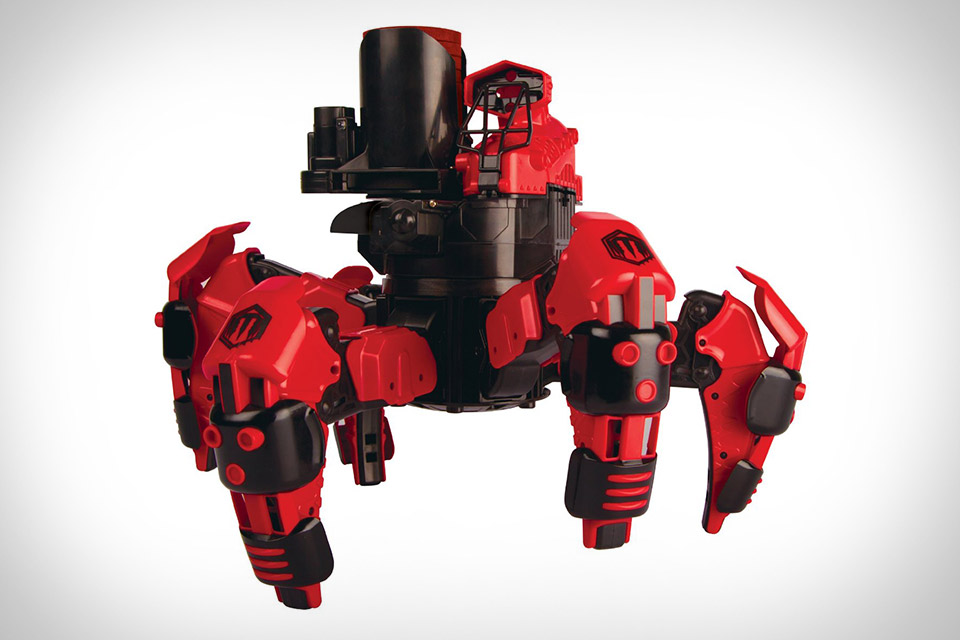 Ever since we first watched Robot Wars, we've wished for a fighting 'bot of our own. Our wish has been granted with Attacknids ($70-$80). These roughly one foot-tall robots feature six legs that can move through water and mud up to three inches deep, 360-degree rotating heads, and weapons that fly up to 30 feet. You control all the action via a 2.4GHz wireless remote with a range of up to 200 feet — and don't worry about not being able to tell who won the battle. A direct will cause your armor to explode off your body; three hits and your 'bot shuts down, saving itself for the next fight. Sure, they look a little creepy, but they are based on spiders, after all.