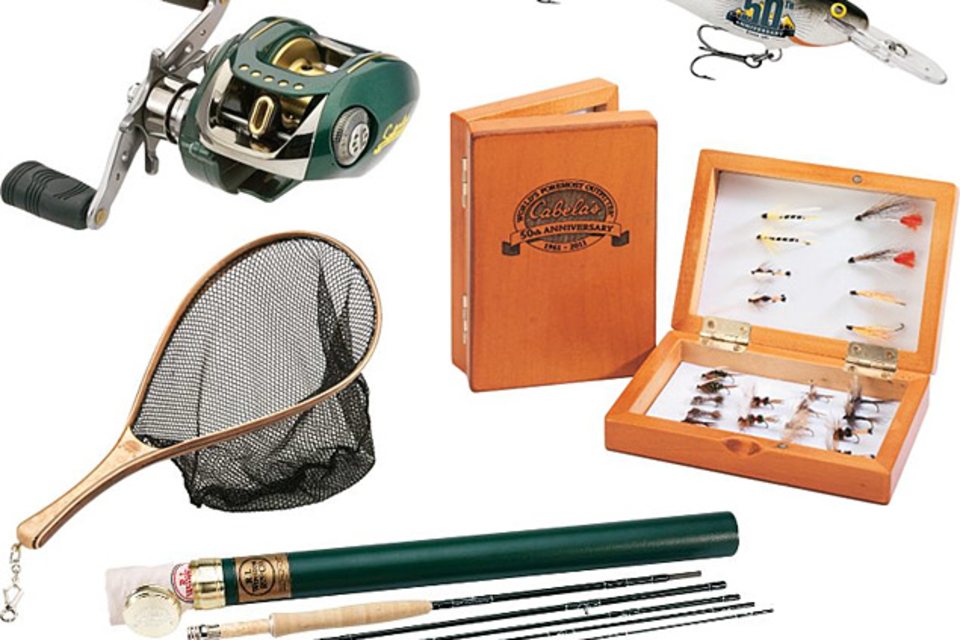 Most companies release a simple, limited edition product to celebrate their 50th anniversary. Cabela's, on the other hand, appears to have released a limited edition anniversary version of everything they've ever sold. Okay, not really, but amongst the range of Cabela's 50th Anniversary Fishing Gear ($3-$2,200) you'll find lures, rods, reels, hats, guns, vests, coffee mugs, jackets, rifle scopes, t-shirts, shot glasses, and a bunch of other stuff that you probably don't need but is sure to raise your cred at the local fishing hole.