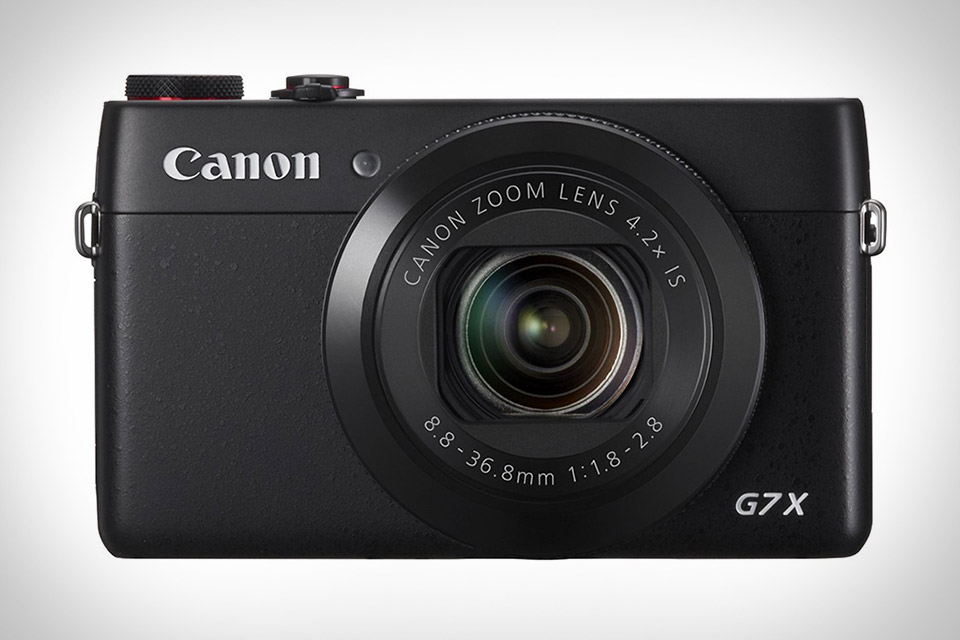 Ever since the release of the ELPH, Canon has been at the forefront of compact camera design. So when Sony released its fantastic RX100, you just knew Canon would have a response. Well, it's here, and it's called the Canon Powershot G7 X Camera. Like the aforementioned Sony, this pint-sized powerhouse features a 20 megapixel, 1-inch sensor, as well as a 24-100mm, f1.8/2.8 lens, a built-in ND filter, 1080/60p video recording, built-in Wi-Fi and NFC, the DIGIC 6 image processor, a tilting, 3-inch touchscreen, high-speed AF, intelligent image stabilization, and an impossibly small body that's four inches wide, just over an inch and a half deep and under two and a half inches tall, or far smaller than you'd expect for the images it puts out.