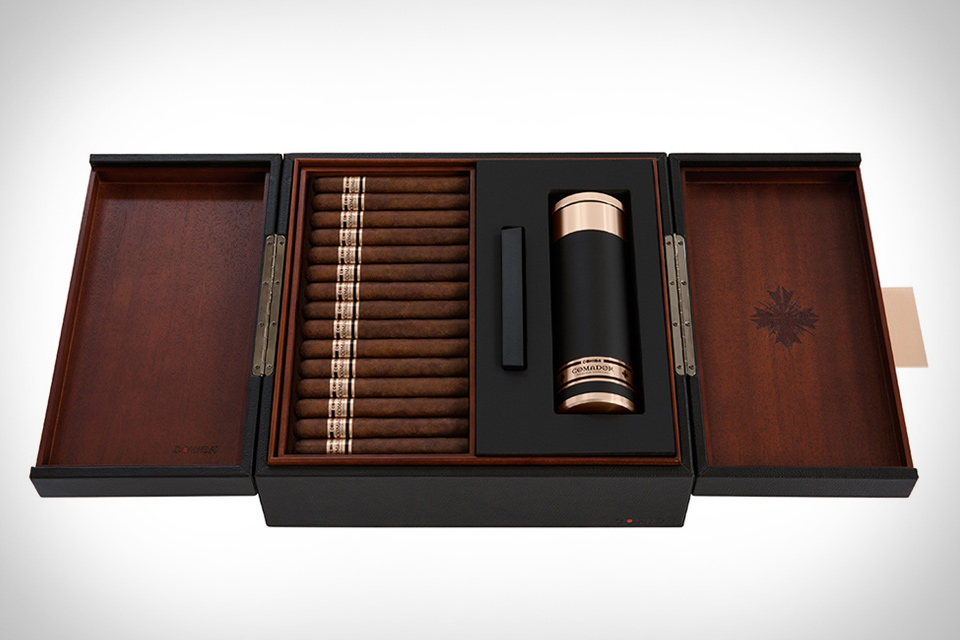 It's hardly a secret that Jay Z is more than just a multi-platinum hip-hop icon — he's a business, man — and he's just added one more venture to his already-impressive portfolio. Comador Cigars ($350-$1,000), made in a partnership between Hove and Cohiba Red Dot, feature a signature blend of Carribean and Central American tobacco leaves that are aged for six months in a cedar room and wrapped in a Connecticut broadleaf binder. Currently available in three editions, you can have yours in either a mahogany humidor that houses 21 cigars, a smaller humidor meant for taking on the road, or a Robusto box (both come with seven).