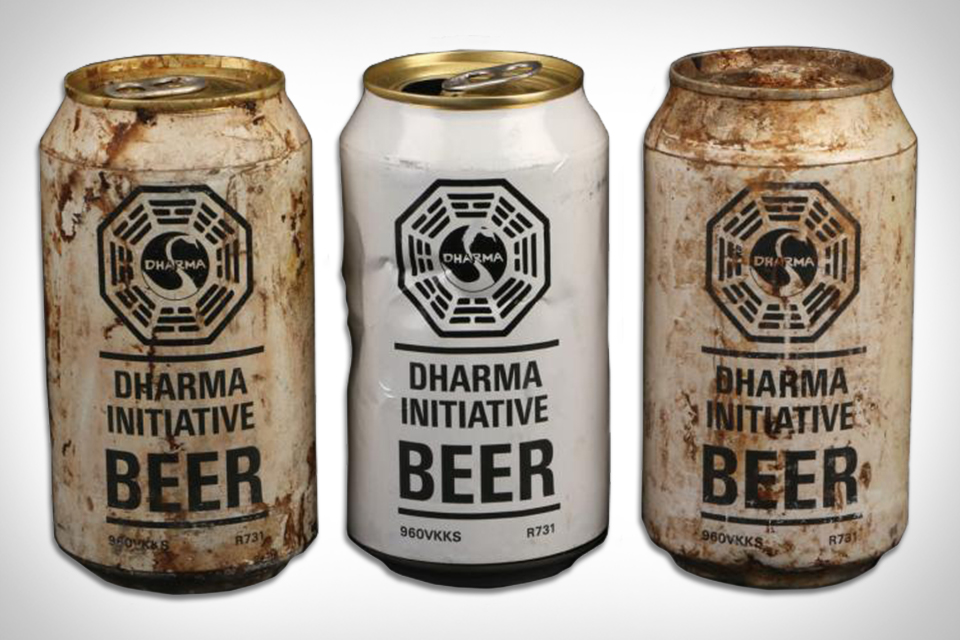 It's been over seven years since we saw Jack's eyes close in the same way they opened at the beginning of Lost in 2004. The series about the survivors of Oceanic Airlines Flight 815 and the mysterious island they inhabited still holds a place in the minds of those who watched it. These three cans of Dharma Initiative Beer are a perfect way to pay tribute to the show in your own bar. Curiously, two of the cans feature heavy soiling and distress, while the third is opened, slightly crushed, and yet in far better condition, suggesting Sawyer (or one of the other characters, but let's be honest, it was probably him) may have enjoyed it during filming.