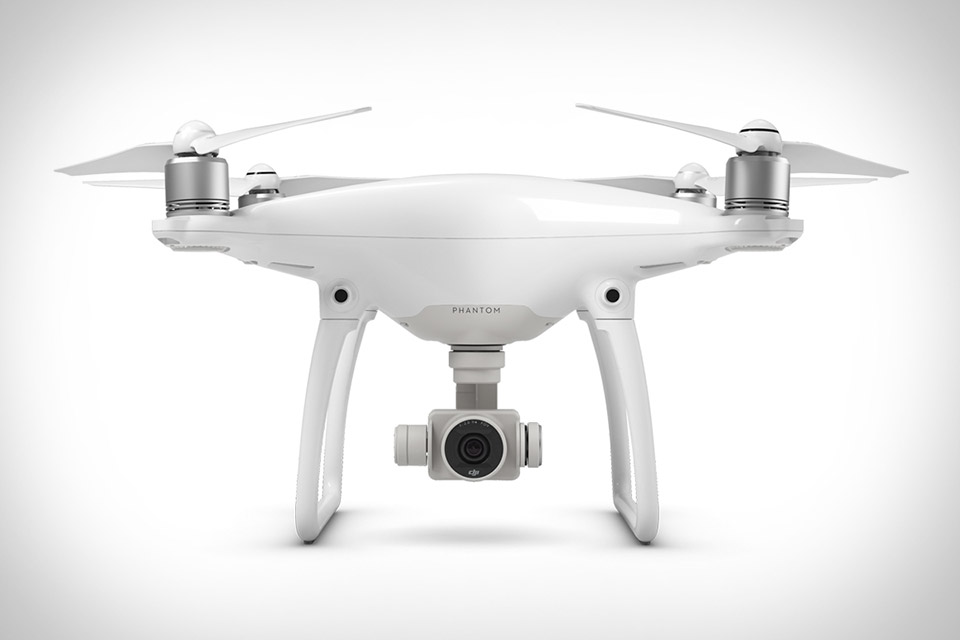 Professionals will no doubt be happy with the new features of the DJI Phantom 4 Drone. But surprisingly, it's beginners who have the most to celebrate. Thanks to two new cameras on the front, two on the bottom, two belly-mounted Ultrasonic sensors, and the main camera, it can build a 3D model of the world around it and use it to avoid obstacles — including people. A new trick called TapFly lets you use it without the traditional two-stick controller, instead tapping on the live video feed to pilot the craft, while the new ActiveTrack system lets you select the subject you want to keep in frame, and the drone's intelligent software will take care of the rest. It runs for up to 28 minutes on a single charge, can hit speeds of up to 45 mph, and still shoots amazingly stable 4K video, but it's the confidence that comes with knowing you can operate it without crashing that's the real upgrade here.