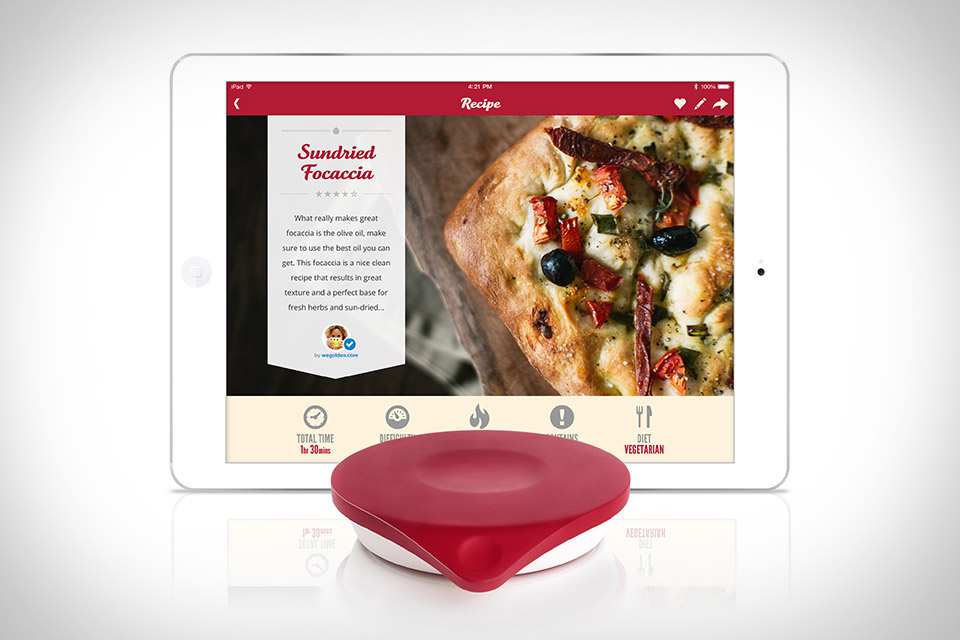 Almost as soon as the iPad was announced, it became a kitchen staple for tons of cooks around the world — but unfortunately, none of the recipes it could offer up were able to communicate with anything else in your kitchen. The Drop Smart Scale is about to change that. It's the first in a series of smart kitchen products that connect with an app to ensure you're using the right amount of each ingredient, while automatically moving on to the next step so you don't get gunk all over your screen, and letting you easily increase or reduce quantities by doing all the math for you. Just open the app, turn on the scale, place a bowl on top, and go.