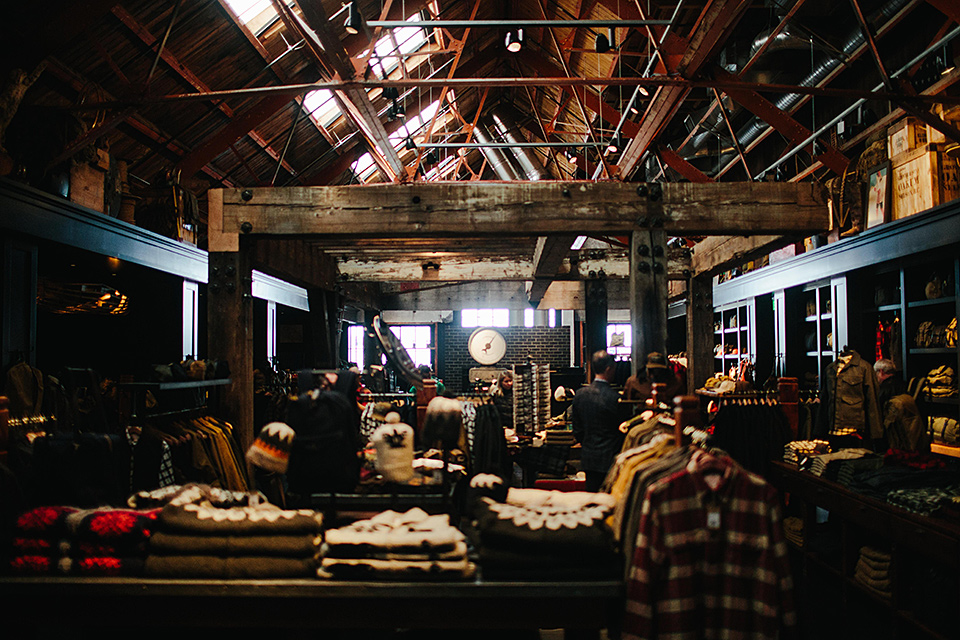 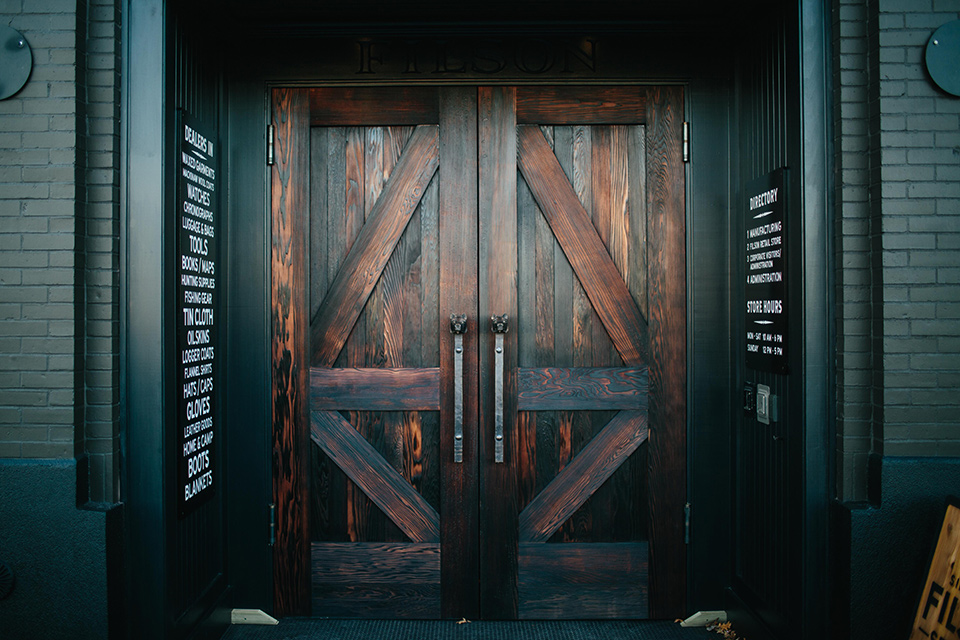 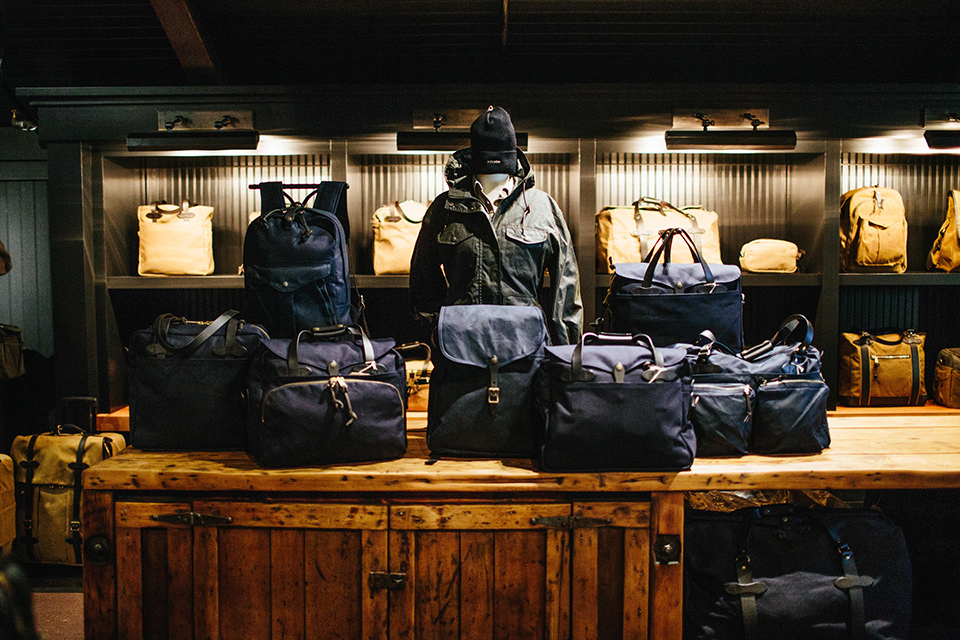 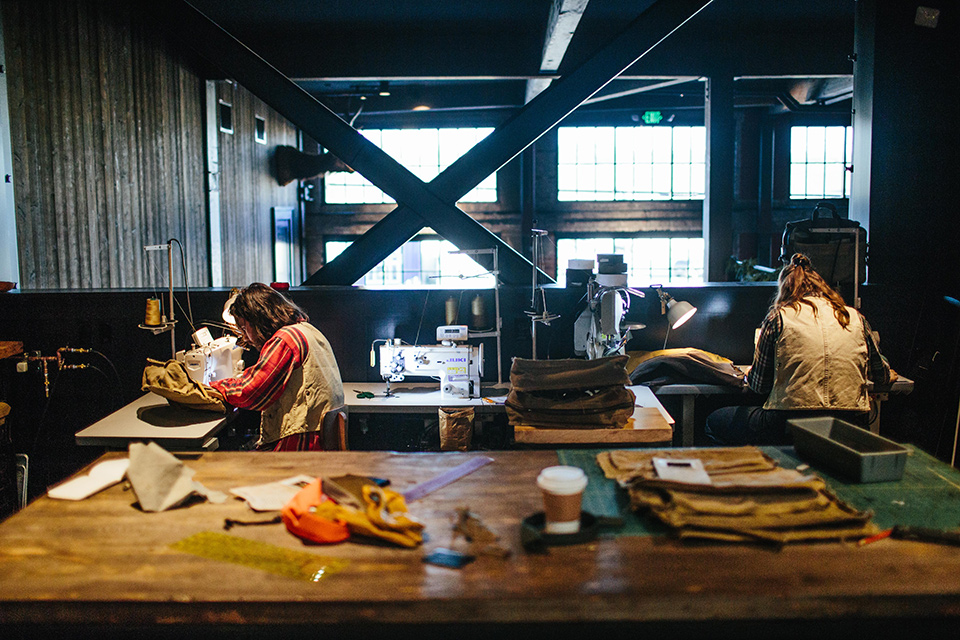 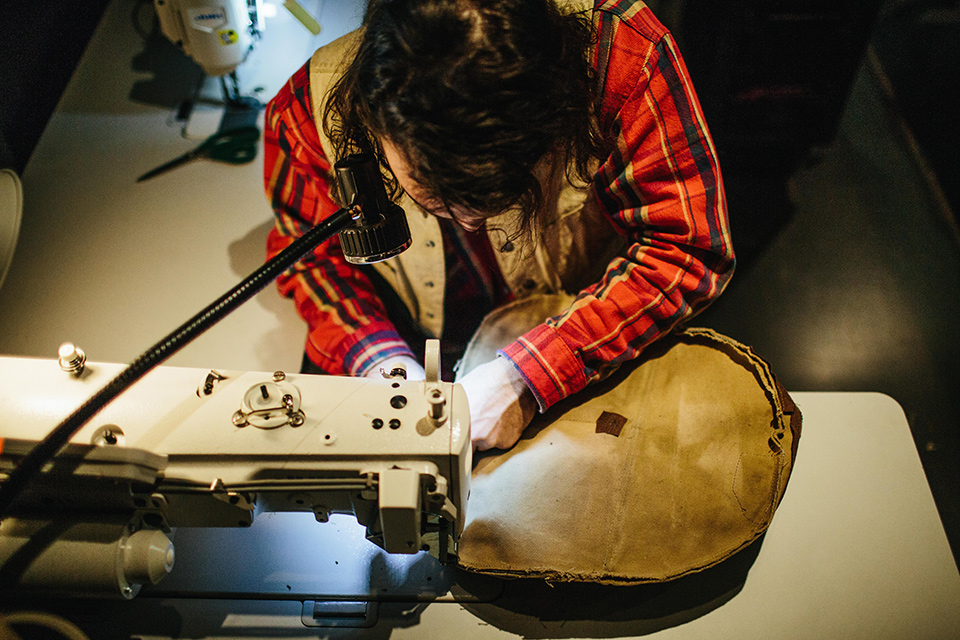 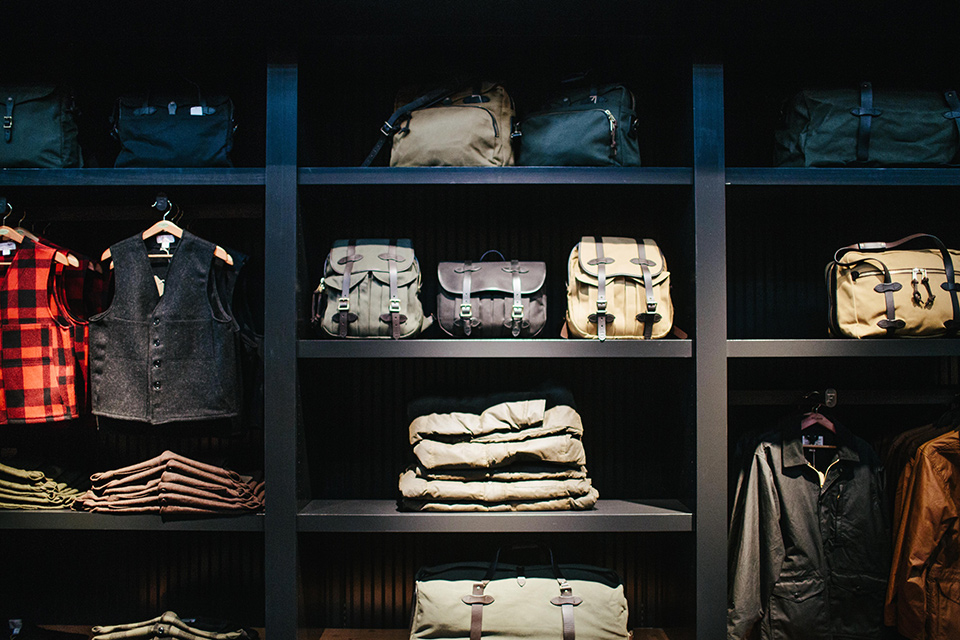 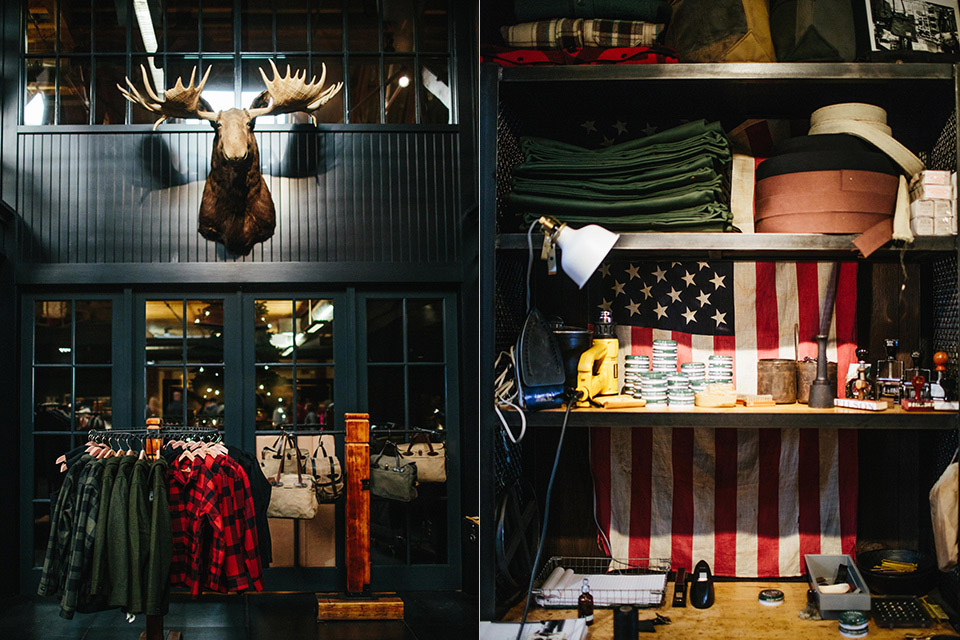 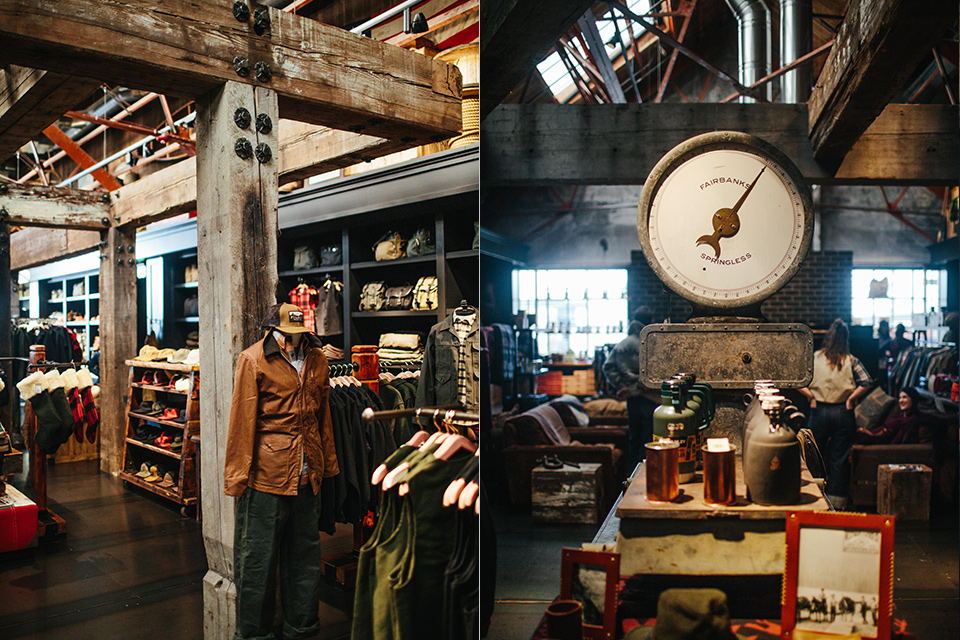 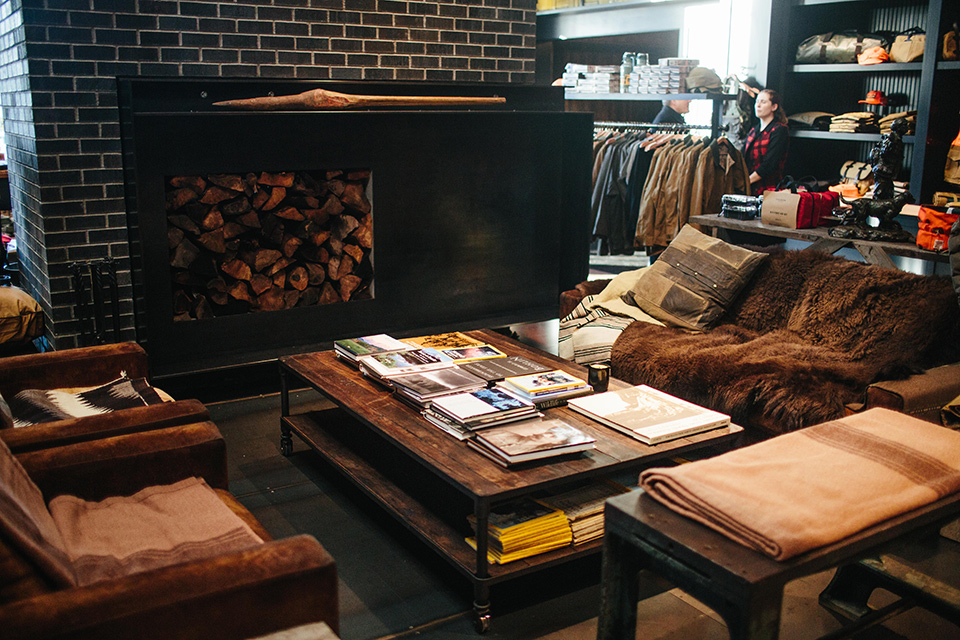 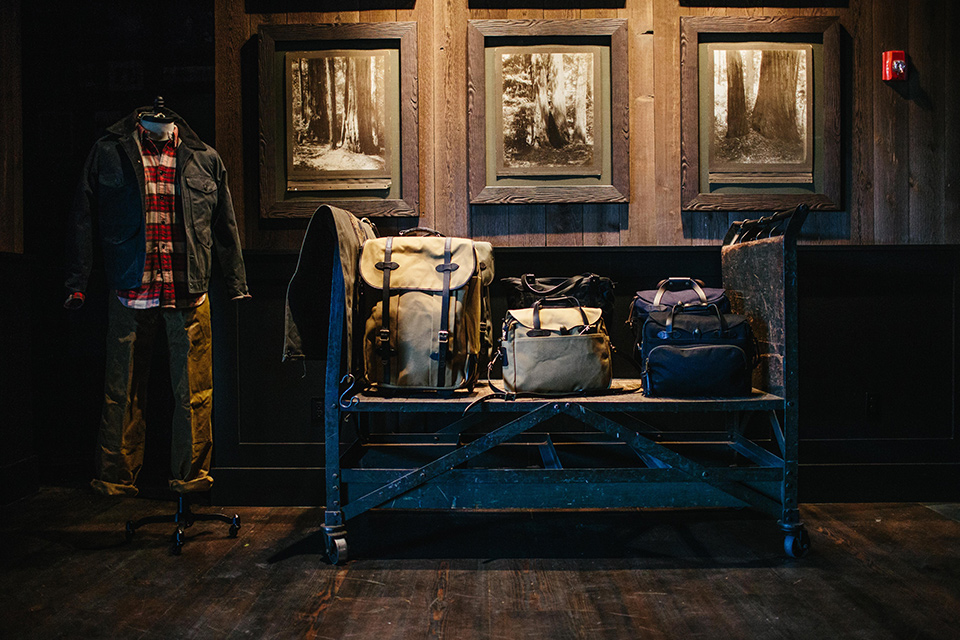 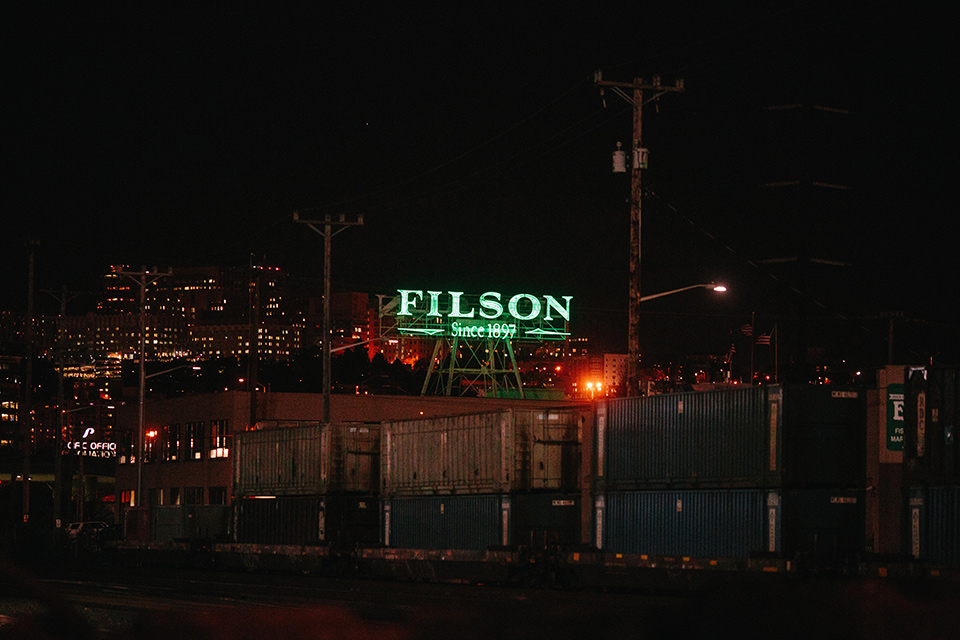 It's not an easy task to reinvent a company that dates back 118 years, but building a new landmark is a good start. Filson, which has been manufacturing and supplying outdoor gear in Seattle since the prospecting days of 1897, just opened a new flagship store to end all flagship stores, and we got inside for a first hand look.

Despite already having a location at their 4th Avenue South factory, Filson wanted to create something that was not only a legacy of the brand but a tribute to the area they've called home for over a century. The 6,400 square foot space is inside the company's headquarters, at 1741 1st Avenue South in the SoDo district, which also doubles as their main manufacturing facility. Upon walking in, large windows reveal the dozens of workers handcrafting their products. The store itself is not only a space filled with the largest selection of Filson goods in the world, but also offers products made my local artisans and craftsmen.

Built on the vision of Alex Carleton, formerly of L.L. Bean and Ralph Lauren, it's just as much museum as it is retail. With just the right amount of hoarding, Carleton has collected tools, furniture, art, taxidermy, and textiles from all over the PNW. Not to mention the giant selvedge wood frame saved from a local Boeing manufacturing building, iron pieces from the man behind the details at the Shining-inspired Timberline Lodge, and even a movie set light used for the filming of Davy Crockett. The walls are littered with art to purchase, while the dressing rooms are filled with rare photos of local industries in their early beginnings.

Another highlight is the Filson Restoration Department, now located at the front of the store, where you can watch tattered and beaten bags brought back to life by hand. Once they are carefully re-crafted, they're made available to purchase. Perfect for those who don't have the patience to put in 30 years of wear on a new one.

In an age of "heritage" brands, stores, and blogs masquerading as something time tested and USA-made, it's refreshing to see a bonefide classic brand build a destination that doesn't smell of fake and forged vintage vibes. The new Filson flagship is such an authentic and impressive space that it's clear the company won't have to build something as monumental for another 100 years or so. Clinton C. Filson would be proud.