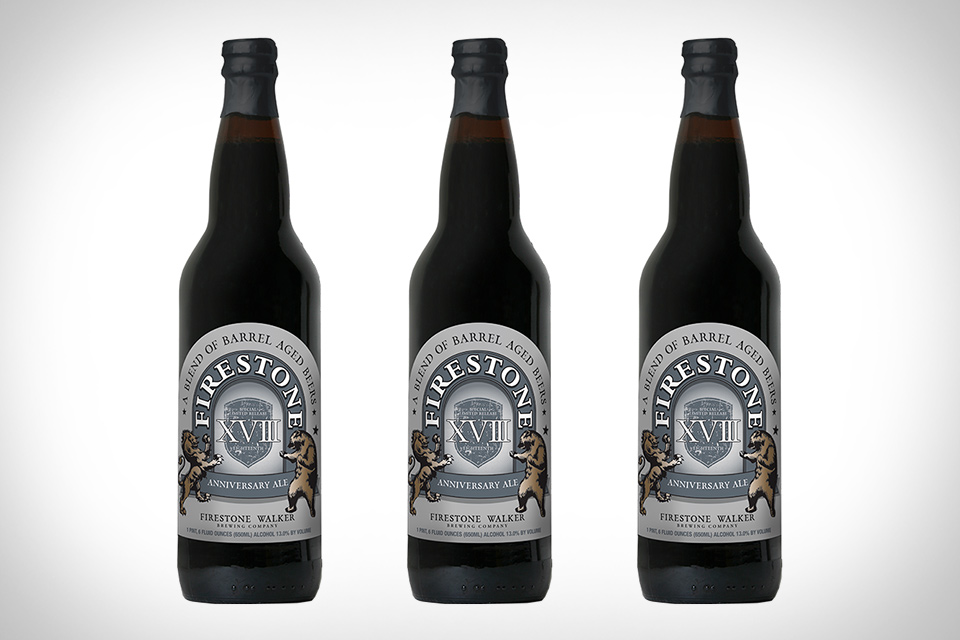 Pioneers in the now trendy space of brewing beer in oak barrels, Firestone Walker continue to stay ahead of the pack. Their XVIII Anniversary Ale, an annual release that began in 2006 on the 10th Anniversary of the brewery, is yet again a tasty, remarkable brew. The process includes blending together 227 oak barrels containing 9 different beers. The taste is as complex as the process, and somehow ends being incredibly smooth and balanced. A 13% ABV treat thats rich taste nearly matches the breweries rich history.