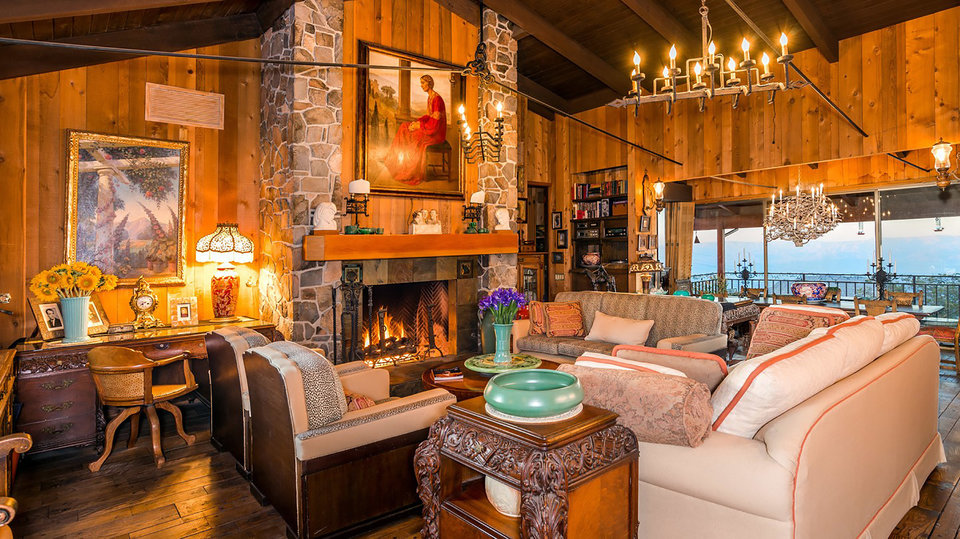 Built in 1967 and named for his character in From Here to Eternity, Frank Sinatra's Villa Maggio is as personal a home as you'll find. The 7.5-acre property sits 4,300 up a mountain overlooking Palm Springs and the Coachella Valley, a site chosen because it stays roughly 20 degrees cooler than the desert floor. It includes a five-bedroom main house, three-bedroom guesthouse, a pool with pool house and sauna, tennis and basketball courts, and, for the convenience of Ol' Blue Eyes' Rat Pack buddies, a lighted helipad. Many period-specific details have been restored but, unlike most celebrity homes, that means it's mostly the same as when Sinatra was actually living there.