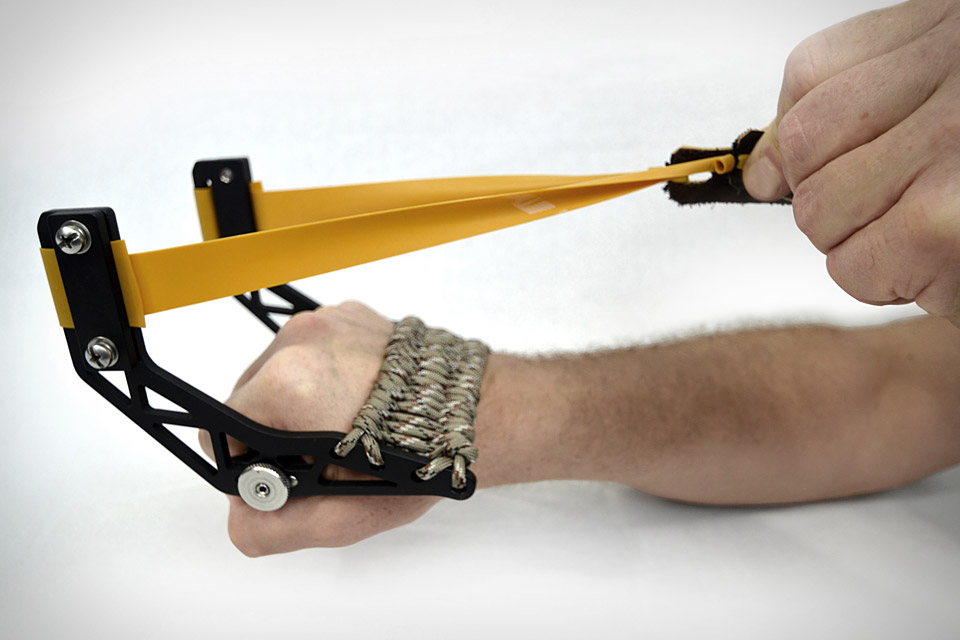 Dennis works in HR at an insurance company. While he likes his job, he pines for the status he had when he was younger; back when he was known by a different name: The Menace. Dennis tries to recapture his glory days with the GloveShot Slingshot ($190). Far more powerful than the twig and twine of his youth, it can handle bands with pull weights of up to 35 lbs., and its paracord covered body braces against the back of his hand so as to not run afoul of state regulations. Mr. Wilson would be proud.