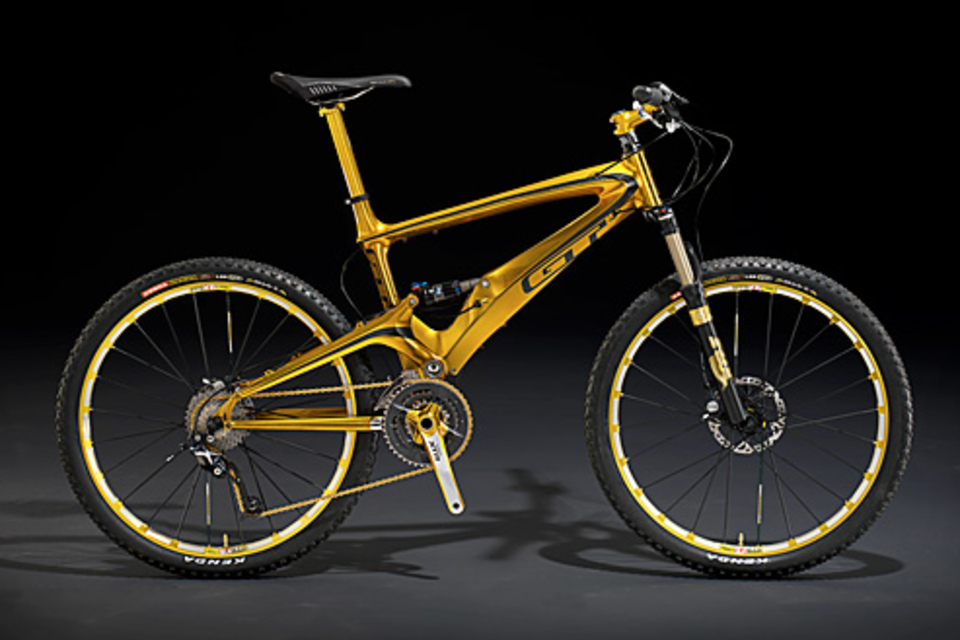 You can't buy the GT Golden Bike — you earn it. During the Golden Race Series, which consists of 7 cross country mountain bike races, the fastest amateur will be crowned the Golden Bike Winner for that race, and will receive an all-expense-paid trip for two to the next race in the Golden Bike Series, a commemorative GT Golden Bike, a $250 Sugoi gift certificate and a swag bag of cycling gear. Of course, you have to keep winning in order to retain the Golden Bike. As for the bike itself, winners can choose between GT's Zaskar hardtail or the Marathon, both of which feature a golden monocoque carbon fiber frame and top-of-the-line XTR components. So get out there, and get pedaling.