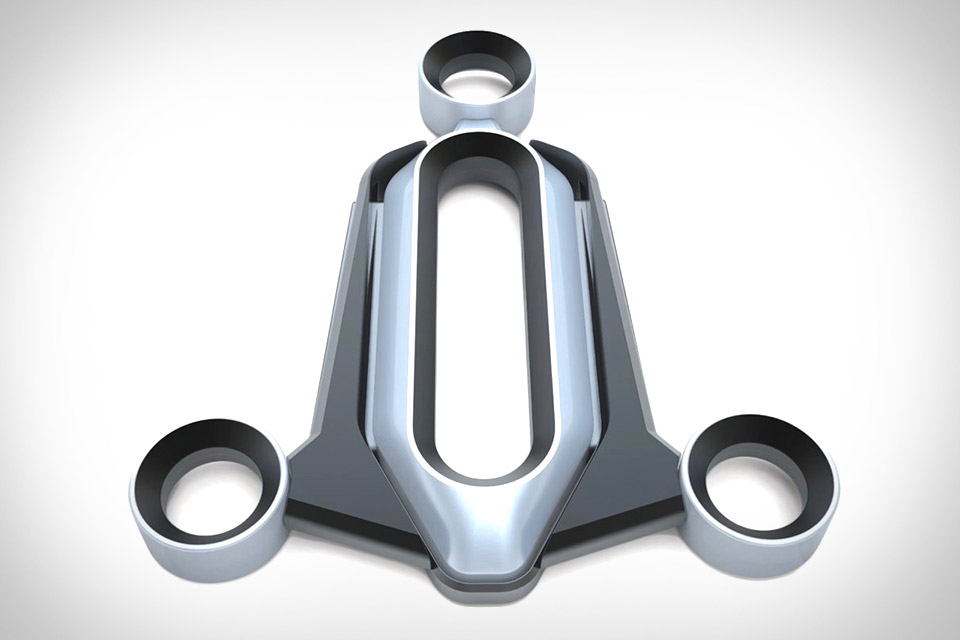 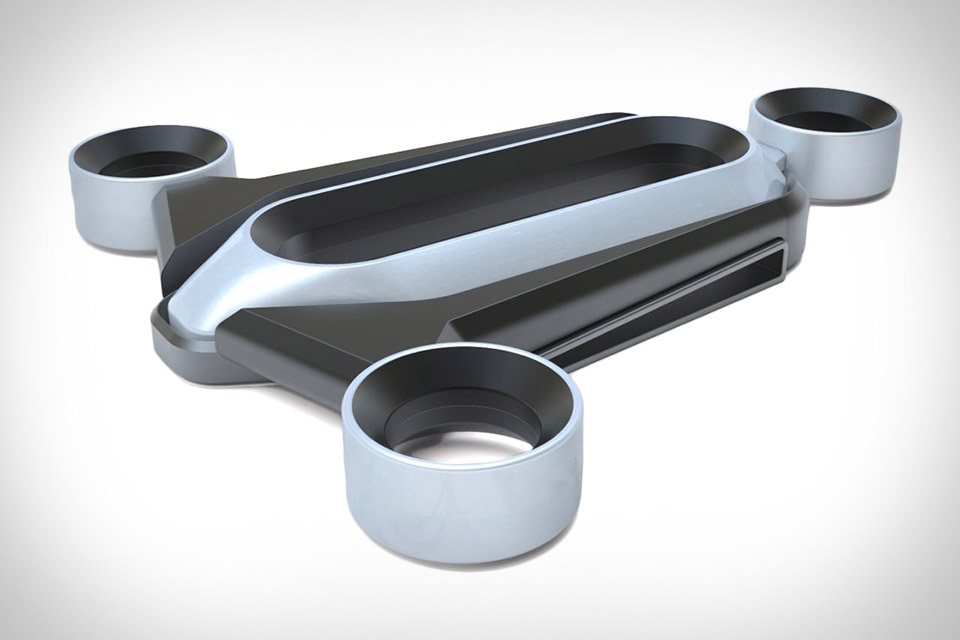 Winner of a 2016 Red Dot Design Concept award, the Bladeless Drone from Mexico's Edgar Herrera takes on the two biggest problems with traditional drones: blades and the noise they create. By using a series of air ducts and vents, it achieves flight without the dangers posed by exposed blades. The main central propeller supports take-off and landing, while the two forward propellers and rear propeller control direction by rotating 20 degrees front-to-back and clockwise or counter-clockwise, respectively, changing their orientation based on the amount on headwind received. No development plans have yet been announced, but based on the advantages it offers, we wouldn't be surprised to see a real-life example built shortly.