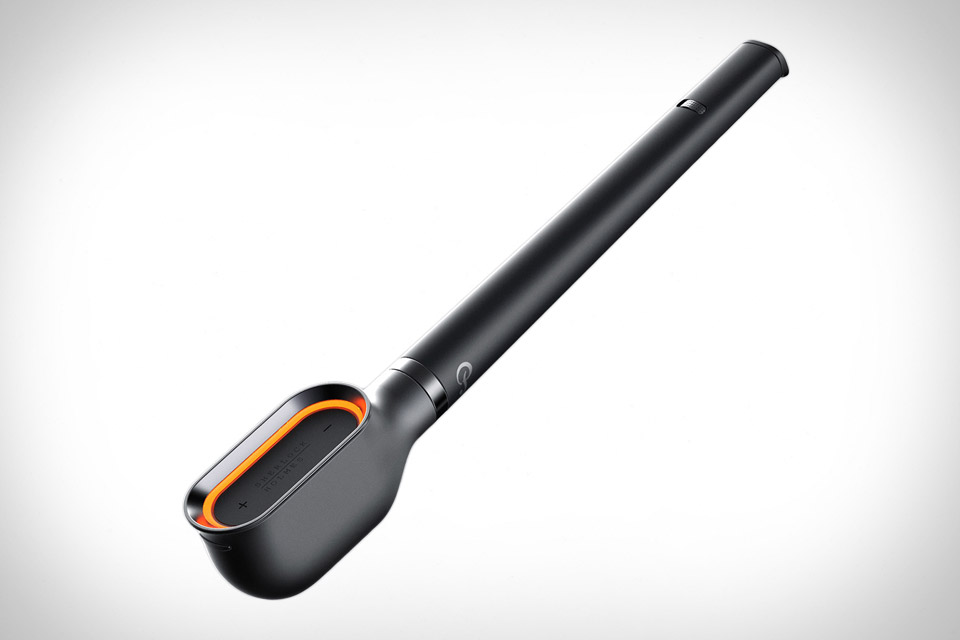 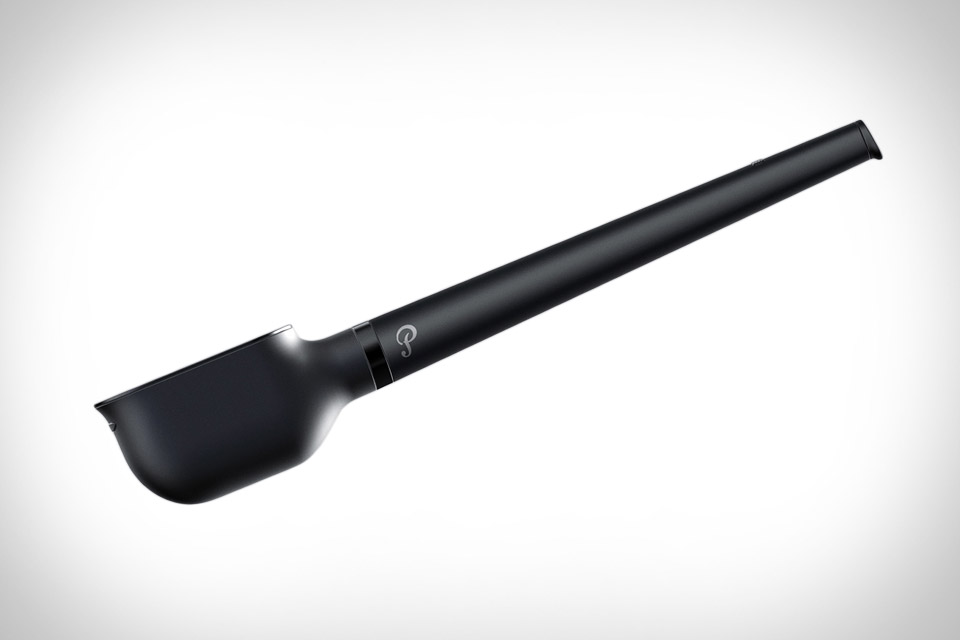 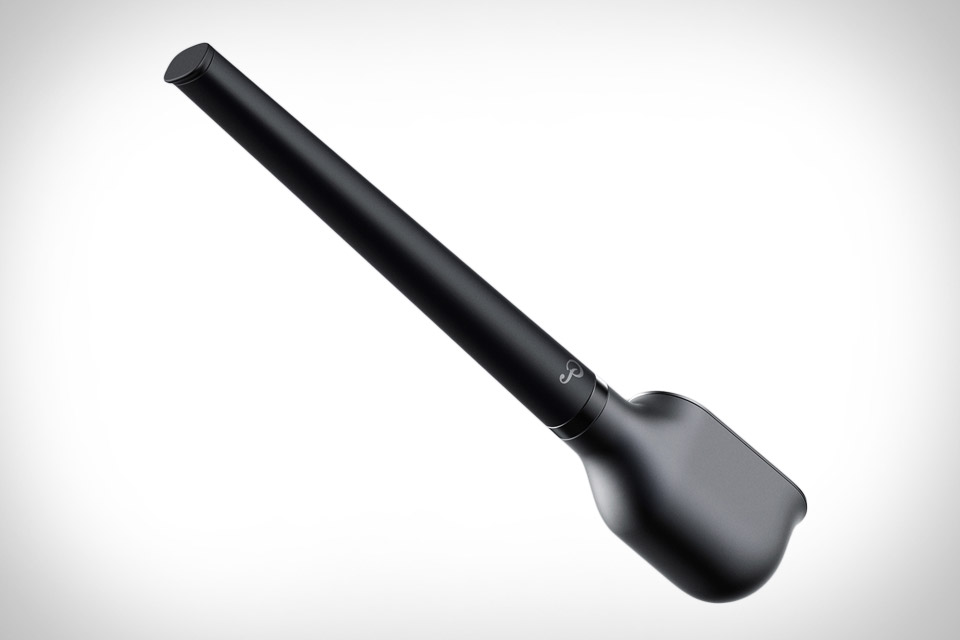 Created to celebrate Peterson of Dublin's 150th anniversary and to honor its Sherlock Holmes line of tobacco pipes, the Holmes Vaporizer Pipe updates the detective's signature accessory for modern times. It adopts the lines of the character's deerstalker hunting cap for the "bowl", which has an LED indicator that glows orange when you take a drag and buttons on the interior to control the flavor strength. It also has a redesigned mouth piece, intake, and trigger, and charges wirelessly when placed on its stand.