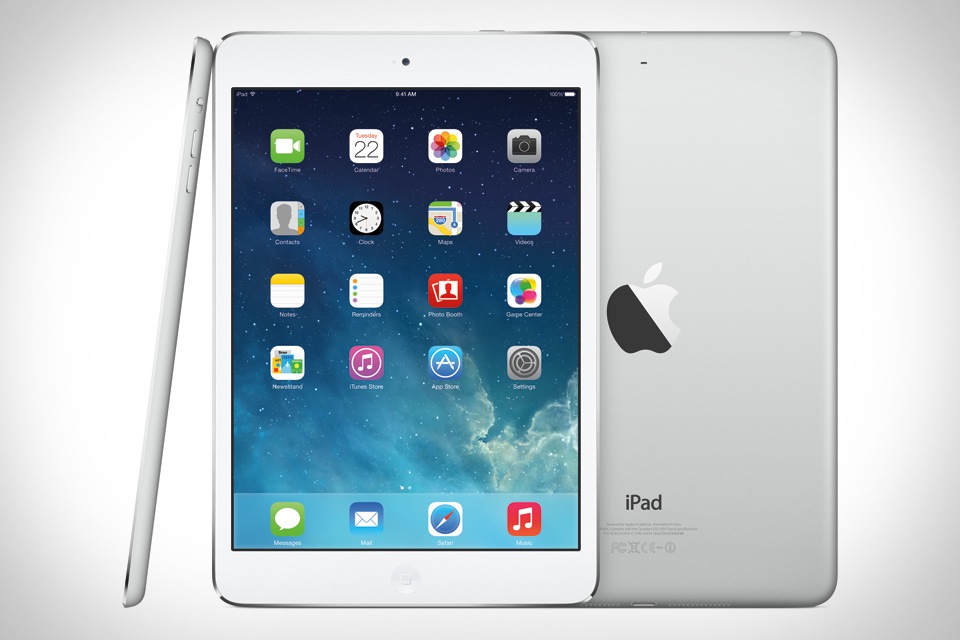 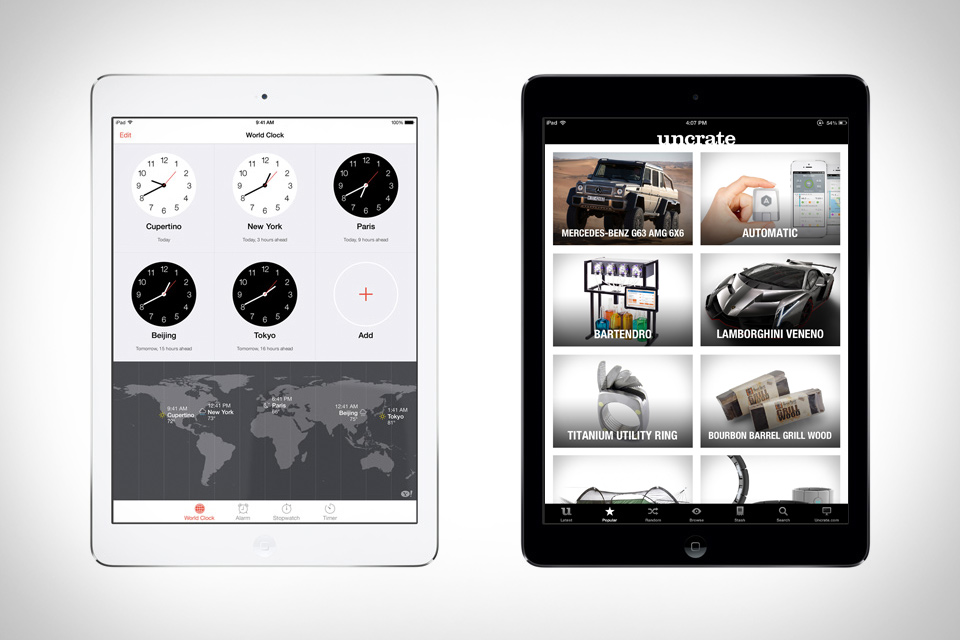 Today, amid rampant consumer and media speculation (as well as some half-hearted industry competition) Apple announced their most powerful, lightest, and thinnest full-sized tablet to date, the iPad Air ($500 and up). At just one pound and 7.5 millimeters thick, it's 28 percent lighter and 20 percent thinner than the previous full-sized iPad — and it's still packed with massive performance improvements. It features an A7 chip built on 64-bit architecture, giving it two times better computing and graphics performance, on top of a battery that lasts up to ten hours. Couple all that with a front-facing HD camera, dual antennas for better wireless performance, a retina display, and an M7 motion coprocessor, and you get a tablet that will have the competition scrambling just to keep up. Available next month.