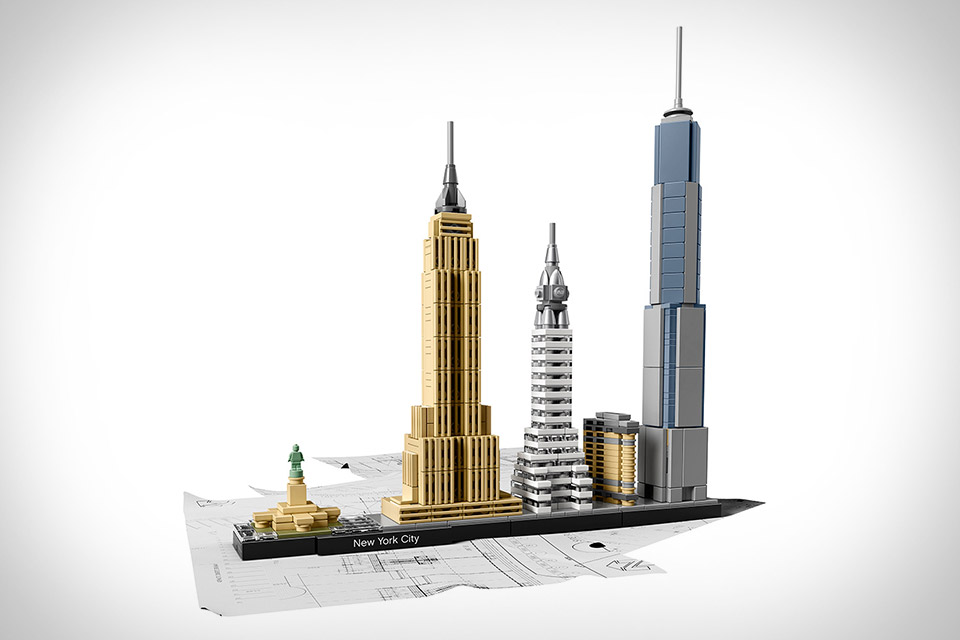 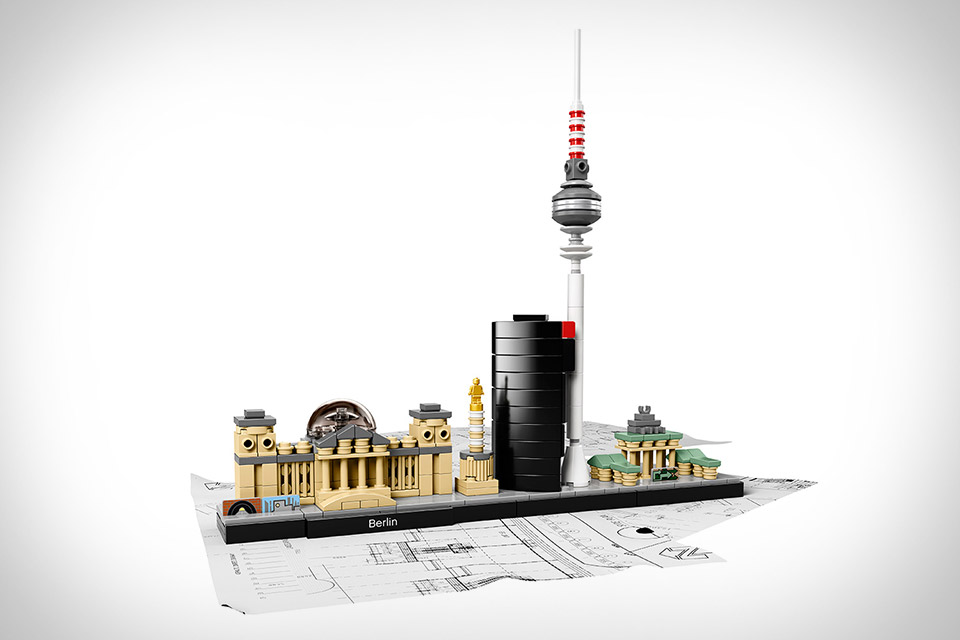 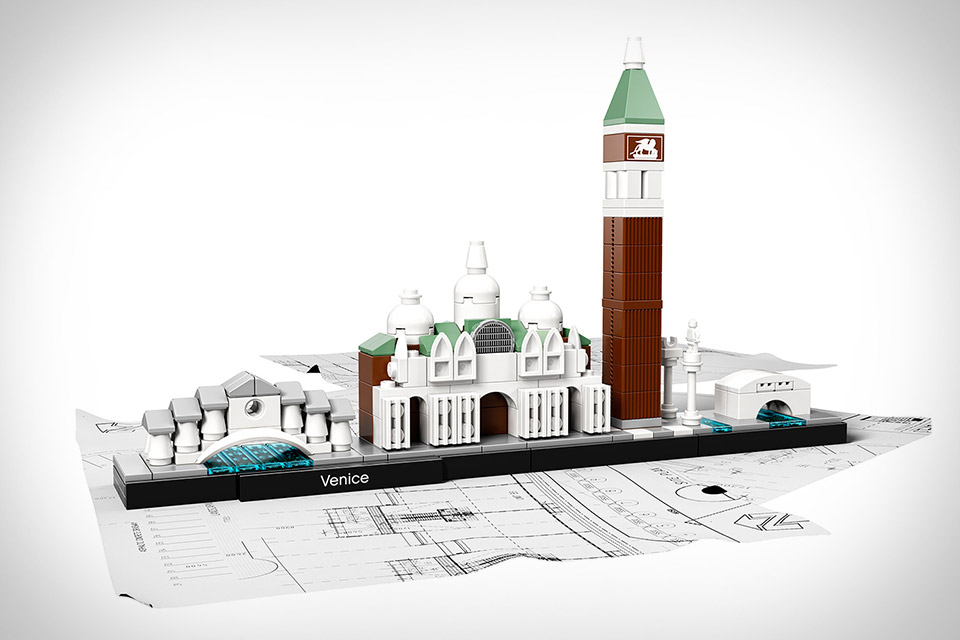 Lego's Architecture series has thus far done a great job of offering brick-based models of landmark buildings the world over. Now they're taking on entire cities. The Lego Architecture Skyline Collection includes mini-models of some of the most famous buildings in Berlin, New York City, and Venice. Representing the Big Apple are the Flatiron Building, the Chrysler Building, the Empire State Building, One World Trade Center, and the Statue of Liberty, while the German capitol is portrayed via the Reichstag, Victory Column, Deutsche Bahn Tower, Berlin TV Tower and the Brandenburg Gate. Finally, the canals of Venice shine in blue tiles, on which sit Rialto Bridge, St. Mark's Basilica, St. Mark's Campanile, St. Theodore and the Winged Lion of St. Mark, and the Bridge of Sighs. Details are scant, but expect these sets to be on the small size — suitable for desk/shelf display — and to number in the hundreds, not thousands, of pieces.