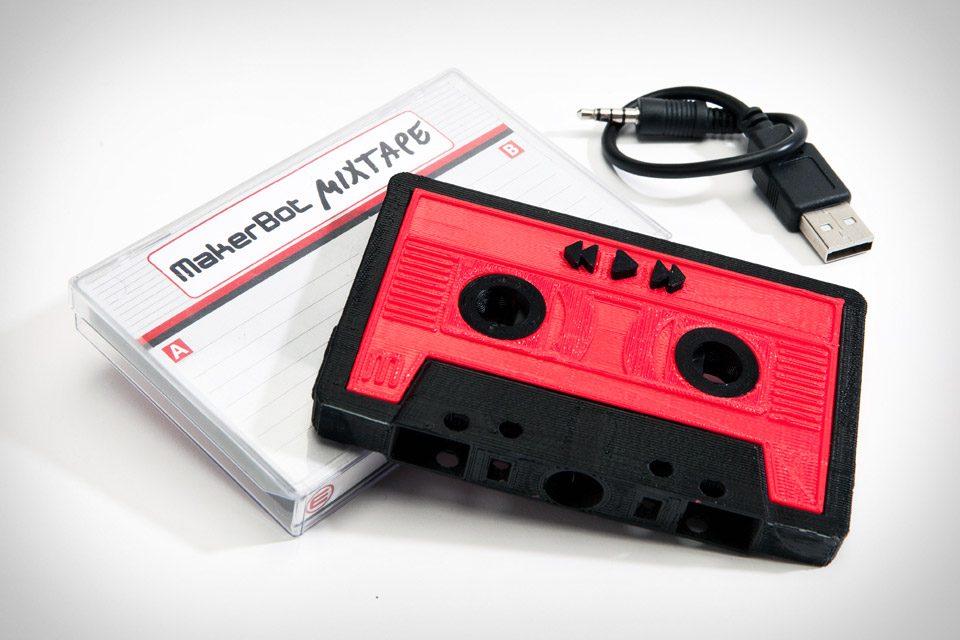 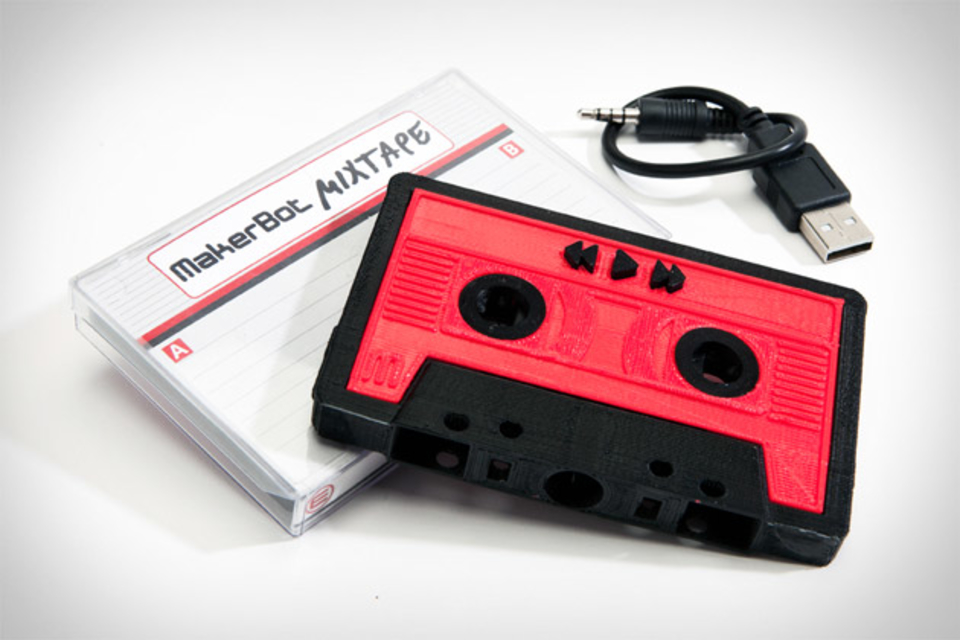 Among the many casualties of the digital music revolution was the mixtape — although a custom CD could come close, it didn't carry the same "I worked on this for hours" weight as the venerable cassette. While it still won't carry quite the same weight, the MakerBot Mixtape ($25-$39) tries its hardest to revive some of that lost aura. Available in versions for those with MakerBots and those without, it offers 2GB of memory, the ability to playback MP3 files, a standard headphone jack, a four-hour battery life, an included USB cable for loading it up, and three buttons which offer a total of five functions: play/pause, skip forward, skip backward, equalizer, and reset. Although if it really wanted to be like a cassette, it would just play the songs in order, with an annoying "switching sides" sound in the middle of the playlist.