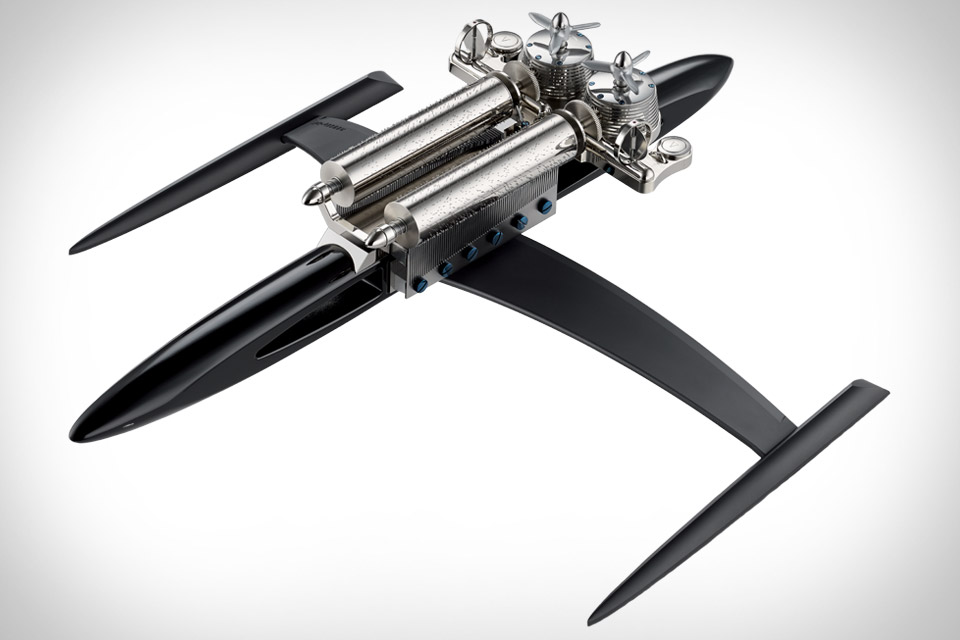 It might look like a prop from a sci-fi film, but in fact, the MB&F Musicmachine ($13,500) is simply one of the world's most desirable music boxes. Built in collaboration with music box maker Reuge, MB&F used its watch-making know how to construct the spaceship-like machine, which plays three tunes from each of its two cylinders — the Star Wars theme, Imperial March, and Star Trek theme on one side, and "Another Brick in the Wall", "Smoke on the Water", and "Imagine" on the other. Limited to just 66 pieces — 33 in white and 33 in black — it's sure to be a source of conversation for a long, long time.