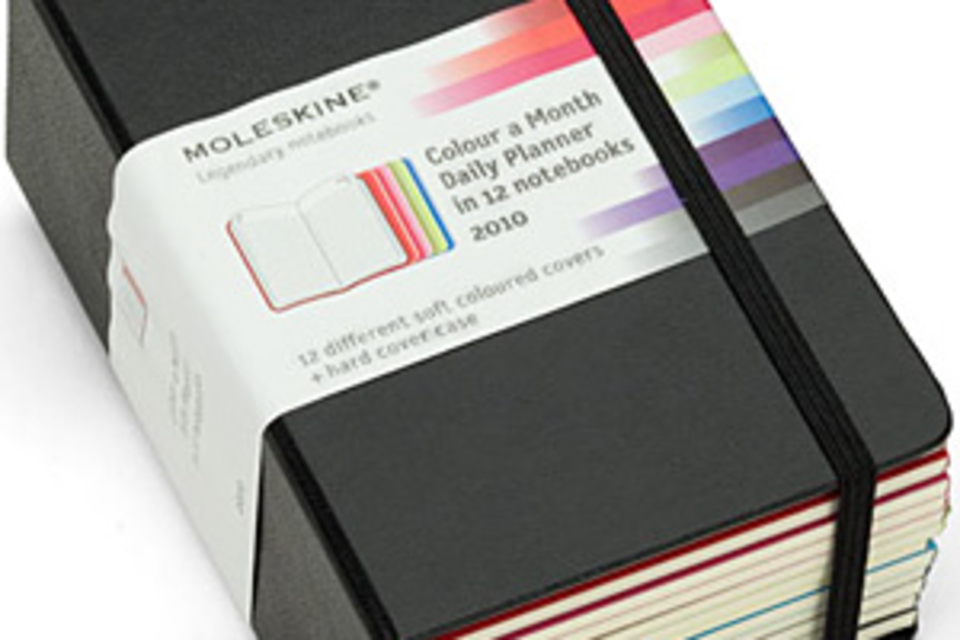 Keep track of your day-to-day doings all year long with the Moleskine Color A Month Planner Set ($40). Covering January 1 - December 31, 2010, this box set includes twelve Volant daily planners — one for each month — each one color coded for easy organization, and packaged in a handsome gift box that protects the set for future reference.