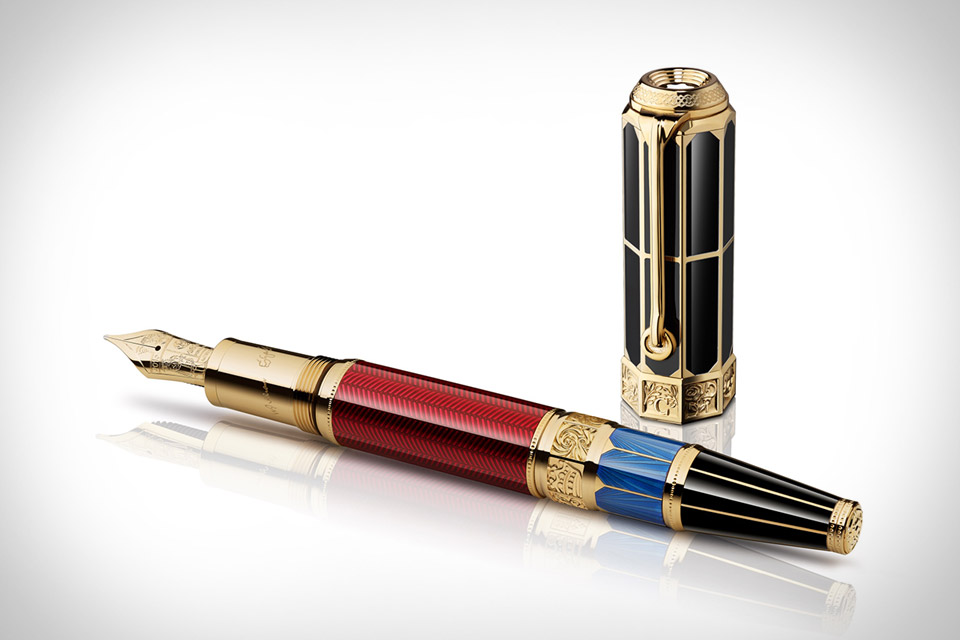 Created to celebrate the 400th anniversary of The Bard's death, the Montblanc William Shakespeare 1597 Pen is an instrument that honors some of the most recognizable writing in the world. In a break with tradition, the pen's resin cap has an octagonal shape that recalls the Globe Theatre, while the combination of red and black on the cap and barrel are a nod to the flags that would indicate whether the play was a historical drama or tragedy. There's also feather-like engraving that harkens back to his quill, and symbols that represent his most famous plays. Limited to 1597 pieces, in reference to the debut of The Tragedy of Romeo and Juliet.