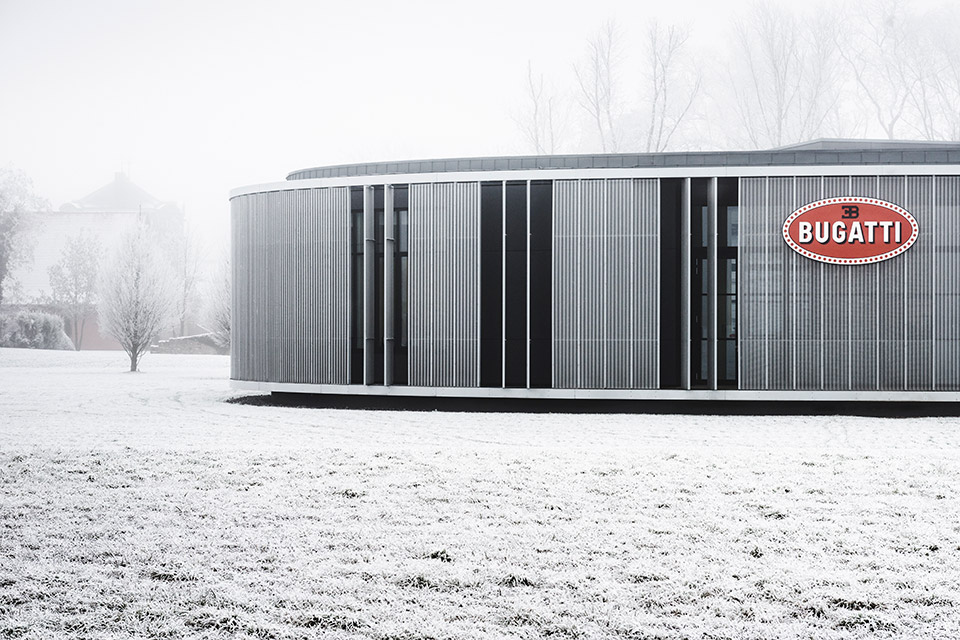 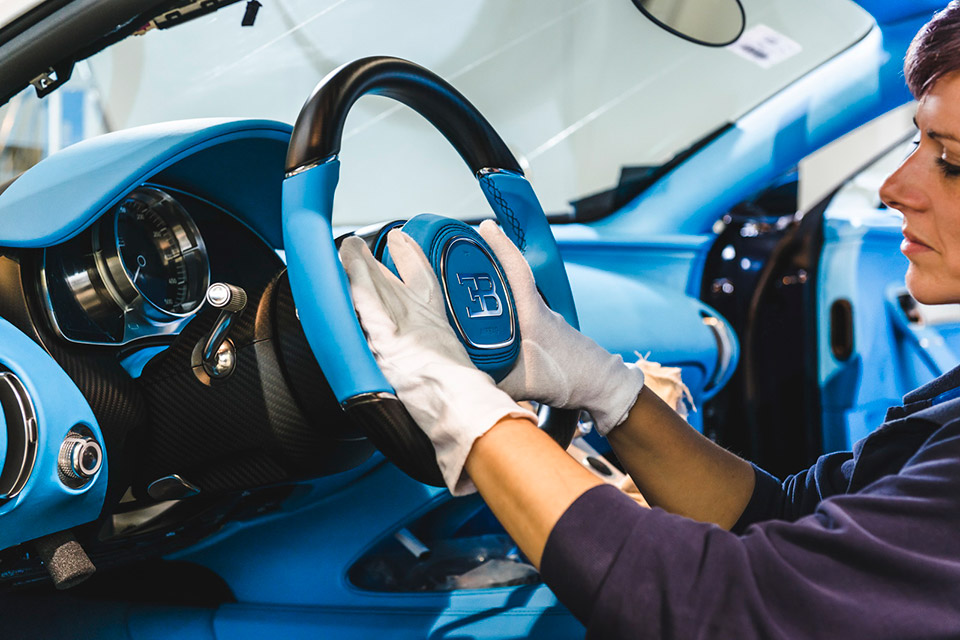 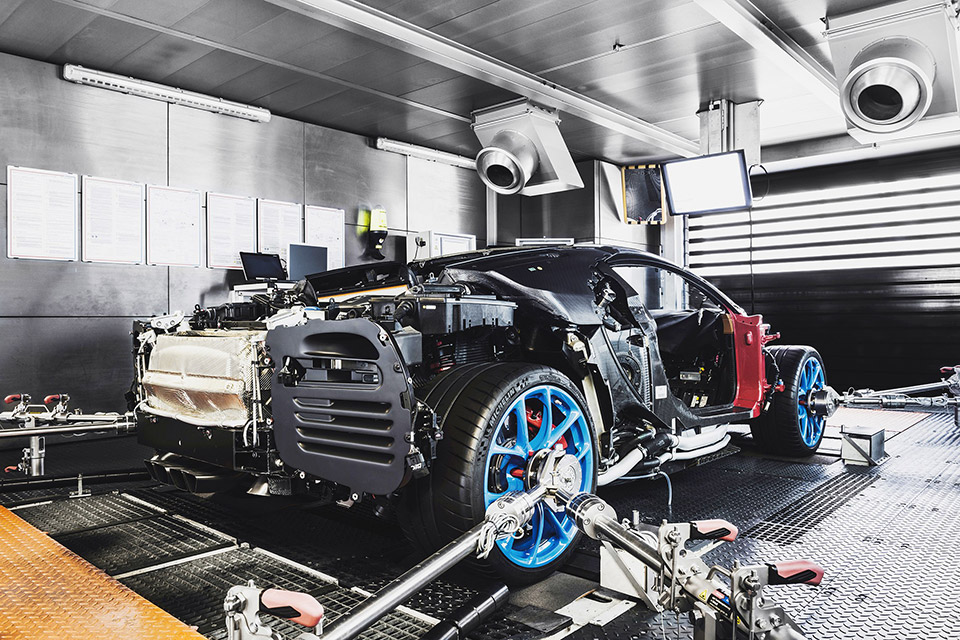 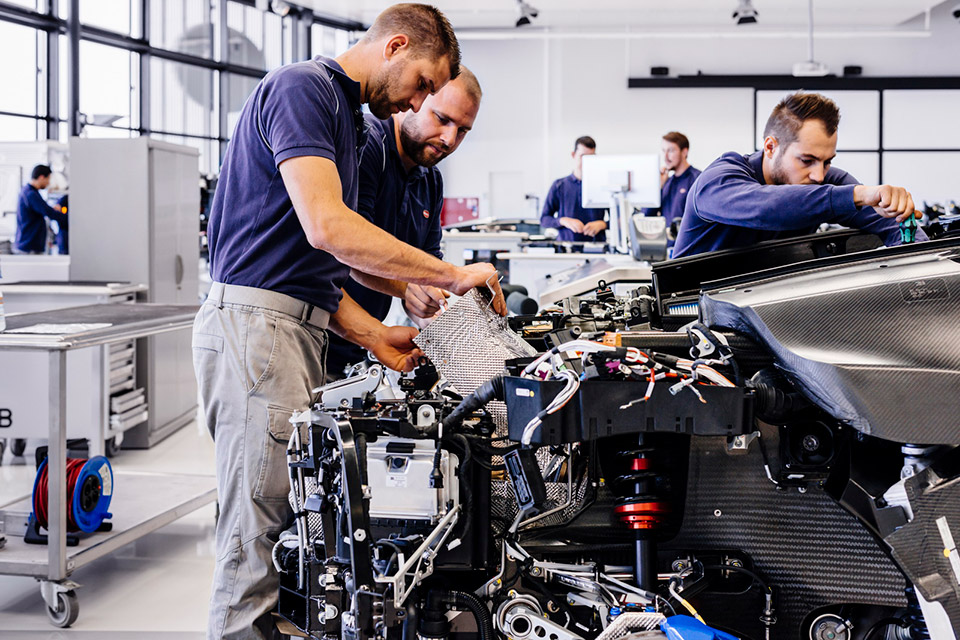 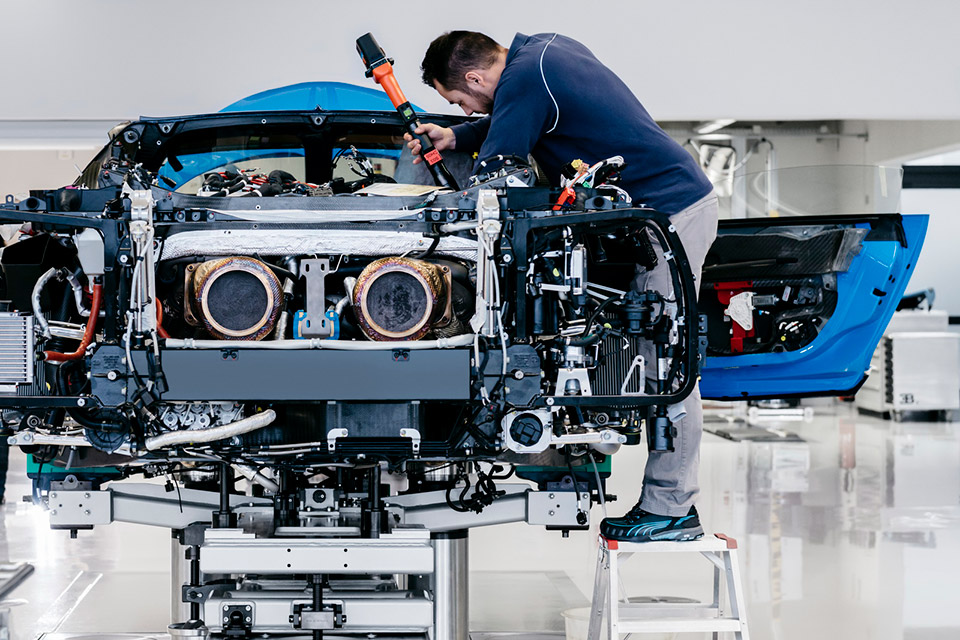 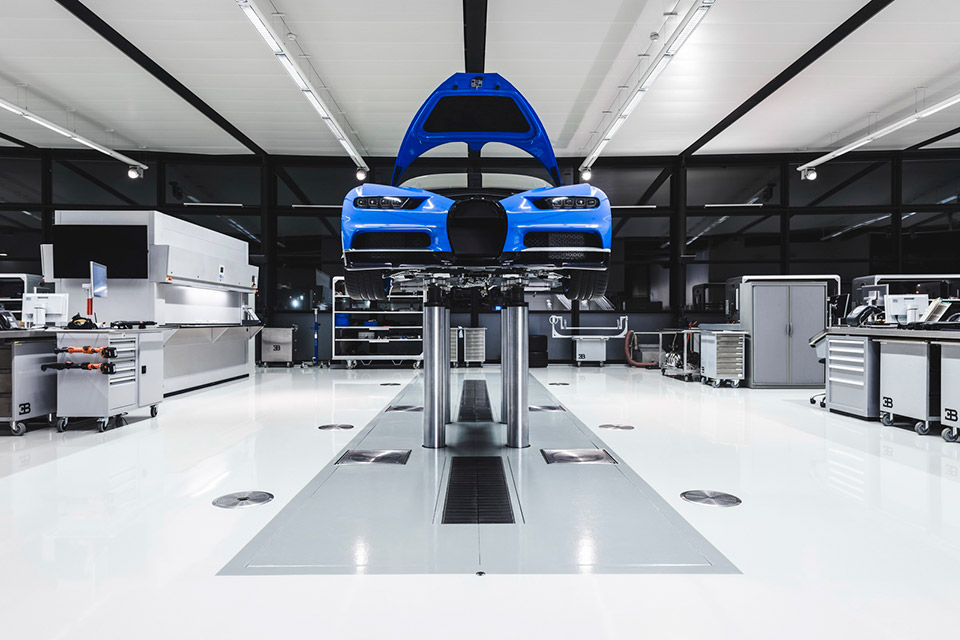 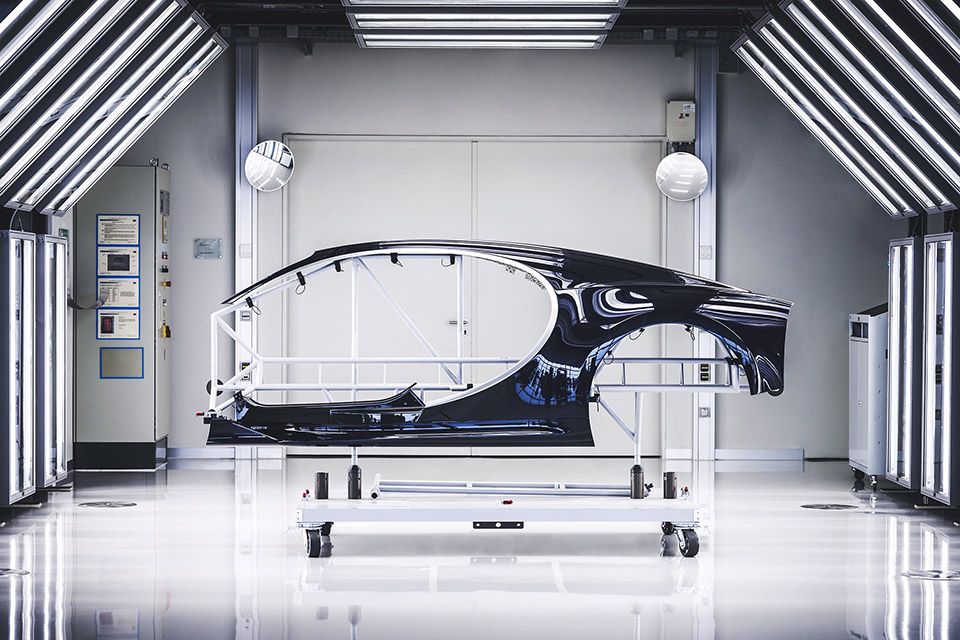 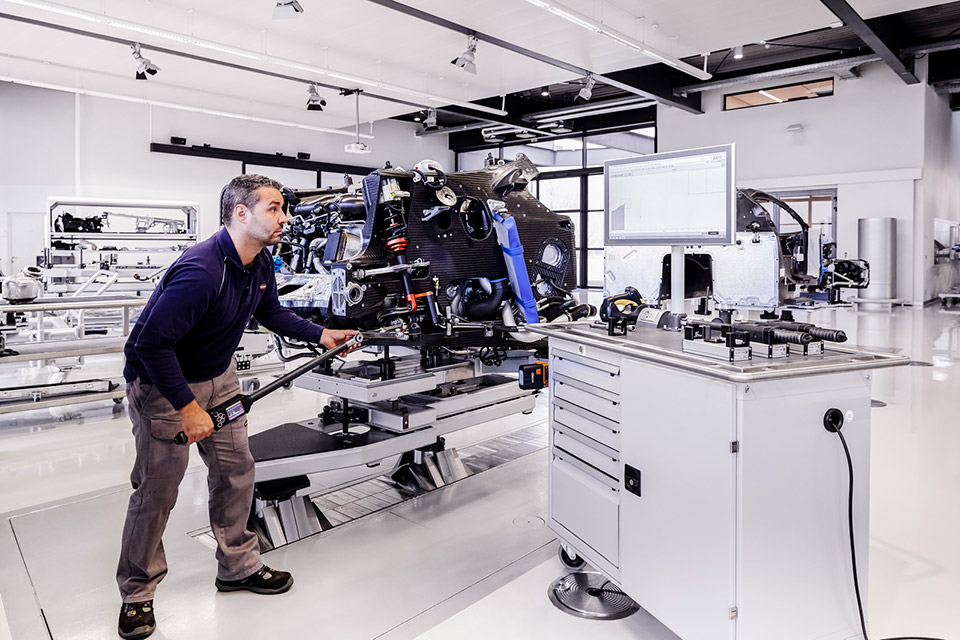 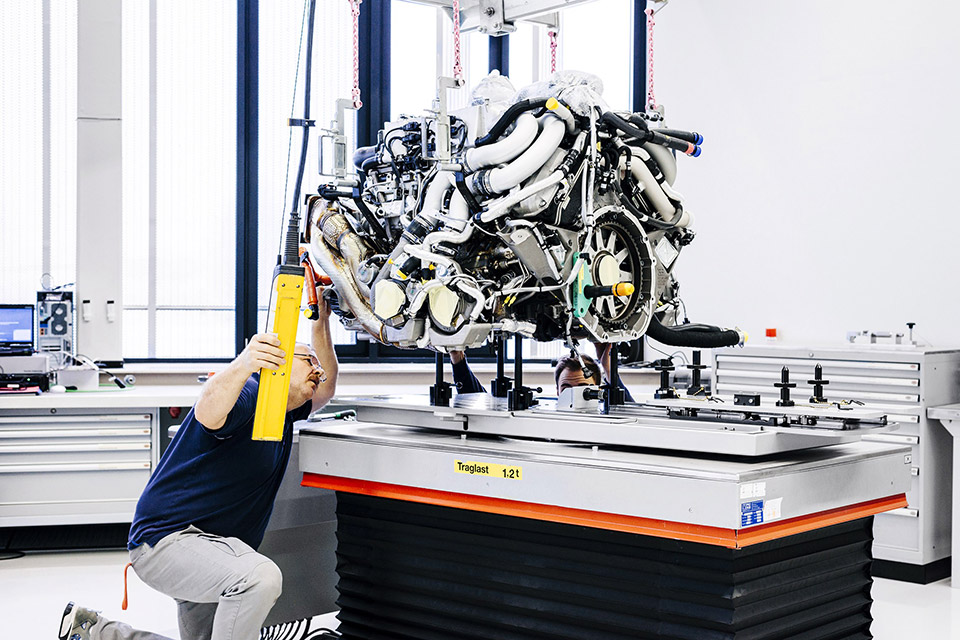 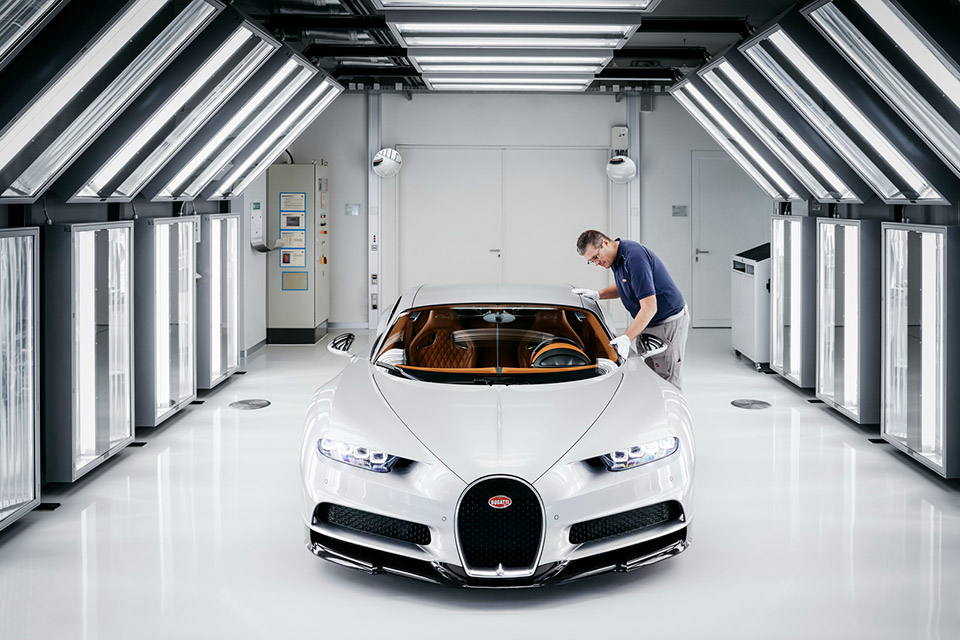 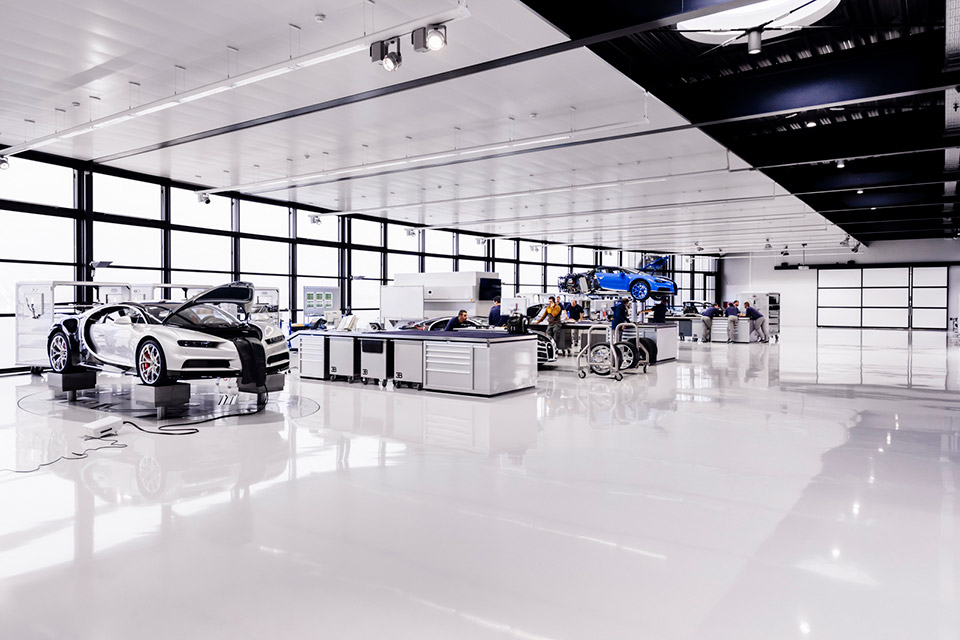 Nestled in the small city of Molsheim, France is the place where one of the most advanced automobiles in the world comes to life. The sequel to the 268 mph Veyron, the Chiron is even more complex, requiring over 1,800 individual parts to build. In charge of assembling them is a team of just 20 people, who get to work in a special space at the company's headquarters.

Dubbed the "Atelier" and shaped like the company logo, it offers more than 1,000 square metres of pristine work space, with glossy white flooring and a striking design worthy of such an exclusive creation. 12 stations take the car from powertrain to fully-realized supercar, with only one electronic tool in use — a system that lets you know a nut has been tightened with the proper torque.

Once the monocoque and the rear end have been joined, the fluids filled, and the wheels installed, the car is rolled over to the rolling dynamometer. It's all-new for the Chiron, as the old one couldn't handle the increased horsepower, and sits in its own room, with its own ventilation system for vehicle cooling and pollution control. After that, it's time for installation of the bespoke interior and a test drive.

Before delivery, each car undergoes a cosmetic preparation that takes two days, then heads to the light tunnel. Inside, it's given an intense, detailed inspection that takes more than six hours. If it passes that inspection, it's presented before a team of executives who give final approval before handing the keys over to the owner. With a total production time of roughly two months, it's clear that the Chiron is a work of painstaking craftsmanship and engineering, and one of the few cars in the world to truly earn the title "super".