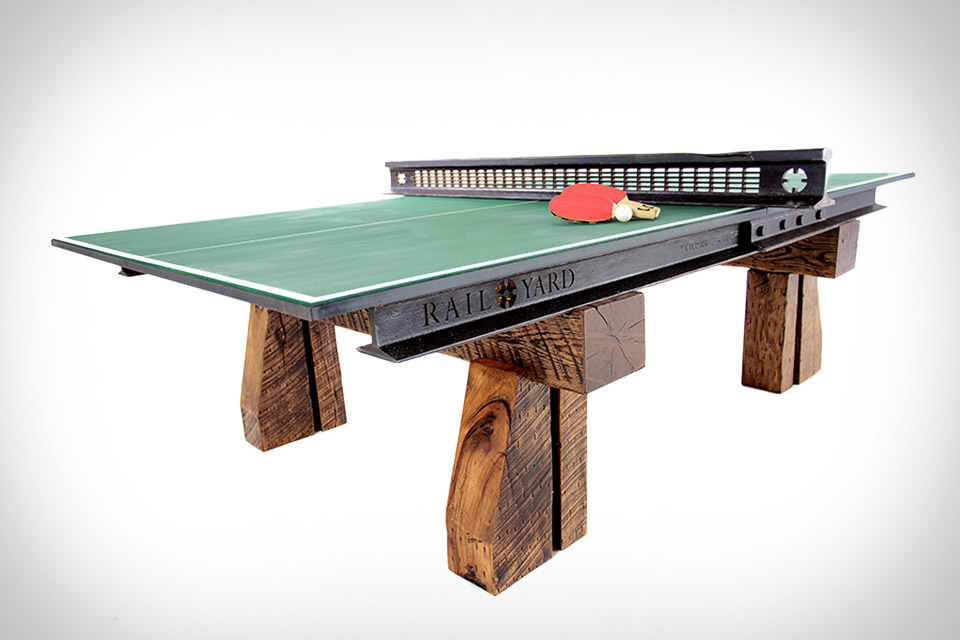 Built using salvaged and reclaimed rail pieces, the Railyard Ping Pong Table is part gaming table, part historical record. The side rails were produced in 1904 by the Tennessee Coal & Iron Company, while the ITTF regulation "netting" rail was manufactured in 1943, and features an engine burn on the top that explains its removal. The sturdy base is made from large oak and hickory timbers, sourced from the same plant that made the ties for the rails above. This one-of-a-kind piece is finished with an authentic railroad date nail from 1921 and arrives with a traditional regulation net, four paddles, and a box of ping pong balls.