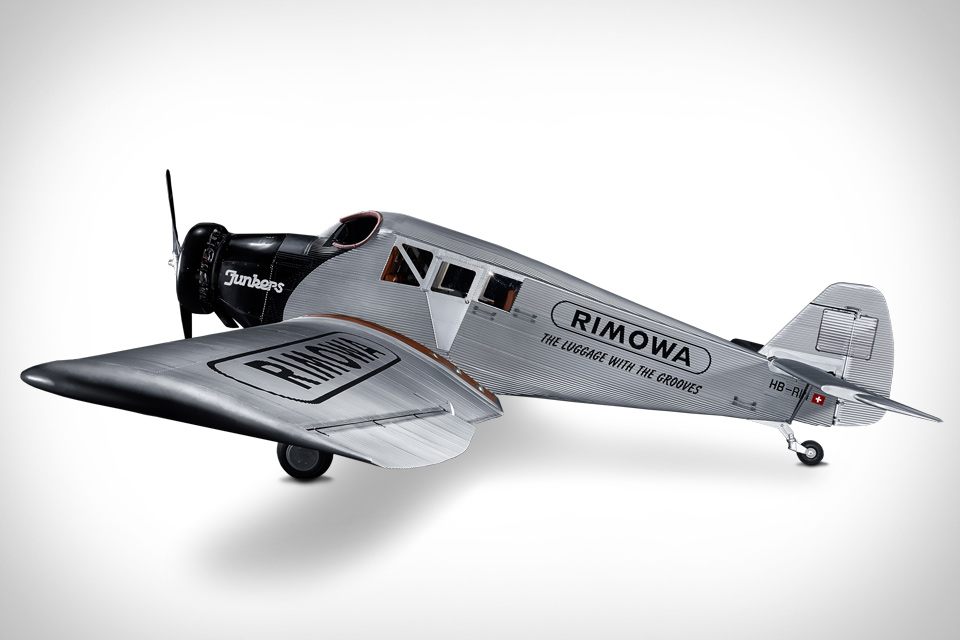 Based on the design of the Junkers F13, the world's first all-metal commercial aircraft, the Rimowa F13 Plane is a faithful throwback to the early days of aviation. Just like the original, which began production in Germany in 1919, this replica features a closed passenger cabin for four people, complete with upholstered seats, while the pilot and co-pilot sit ahead, exposed to the elements. Modifications were made to the tail unit, landing gear, and 450 hp Pratt & Whitney engine to bring the aircraft up to modern standards, but otherwise, it's your chance to have a flying experience that hasn't been seen in decades.