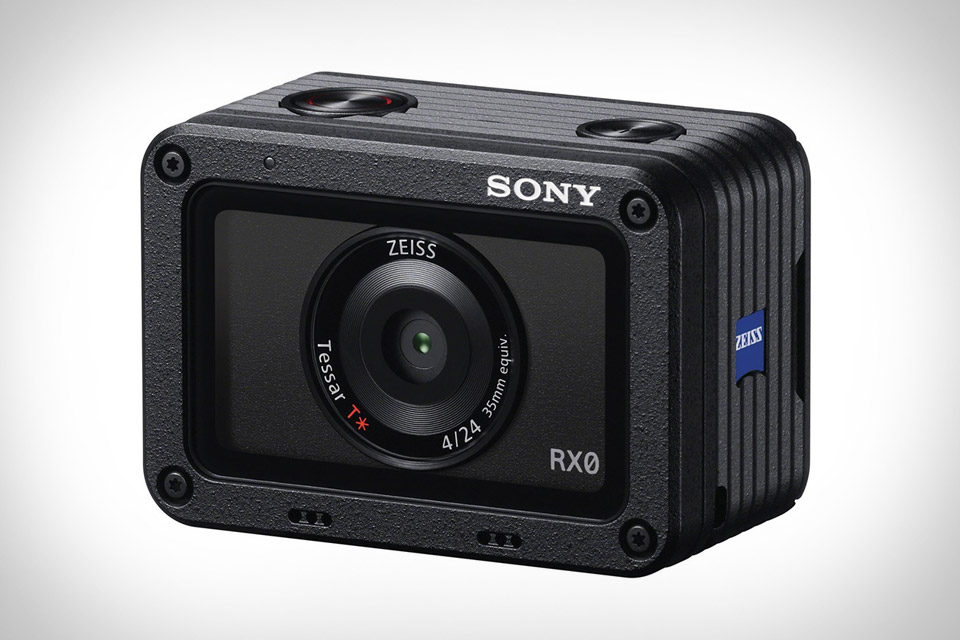 Its size, weight, and rugged chassis all suggest the Sony RX0 Camera is just another action cam. Its specs do not. Powered by a 1.0-inch stacked 15.3-megapixel Exmor RS sensor paired with a Bionz X processor and wide-angle 24mm f/4 Zeiss lens, it captures crisp 4K video and stills at up to 16 fps. It's also waterproof, shockproof, and crushproof, the latter thanks to its duralumin chassis, and it weighs just 3.9 oz. with a body that's under two inches tall, less than an inch and a half deep, and under two and a half wide. Most intriguing, though, is its minimal design that's meant to be used with a range of accessories, from lights and mounts to other RX0 units in a bullet time-style setup.