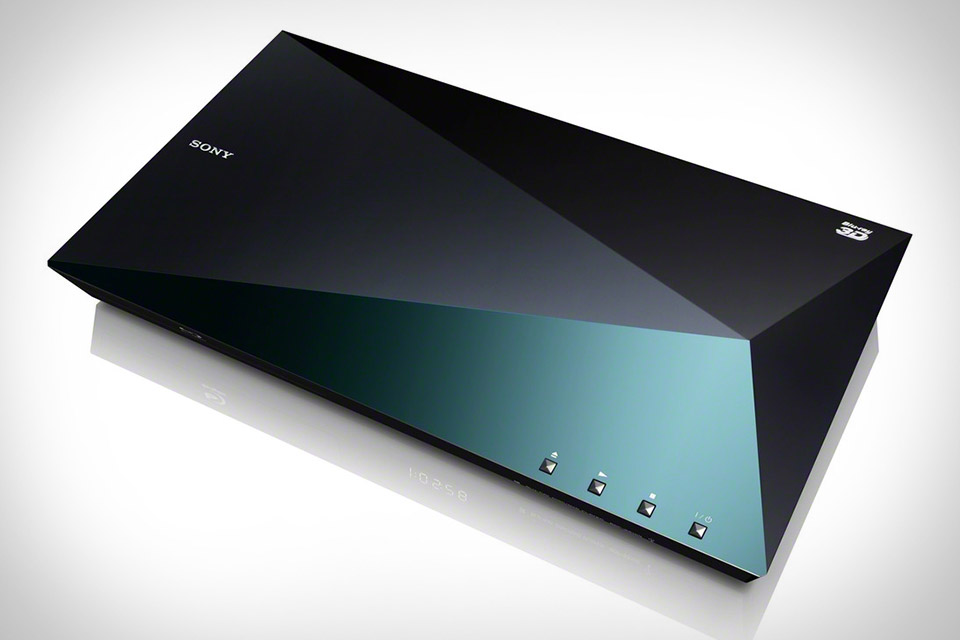 Less standalone player and more PS3 with the gaming part thrown out, the Sony S5100 Blu-ray Player ($TBA) is set to become the centerpiece of your home theater. Sporting a sleek, angular design, it offers 3D playback support, built-in Wi-Fi with improved range, access to more than 100 apps and services, including Netflix, Pandora, Hulu Plus, Amazon Video on Demand, YouTube, Slacker, and more, compatibility with the TV SideView app that lets Android and iOS users control the box from their device and "throw" content from the device to the player, and NFC technology for doing the same thing without the need for a separate app. Coming this spring.