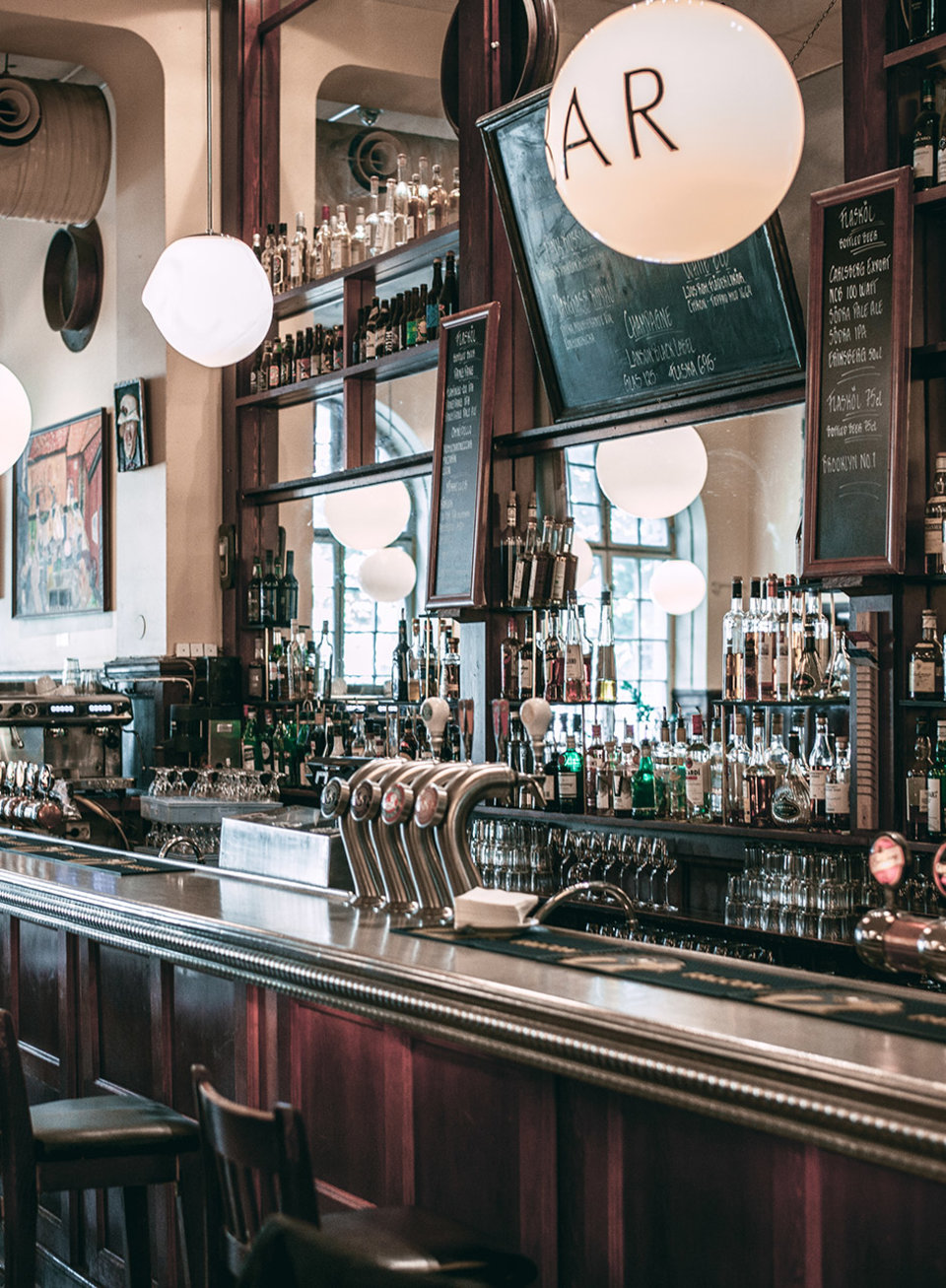 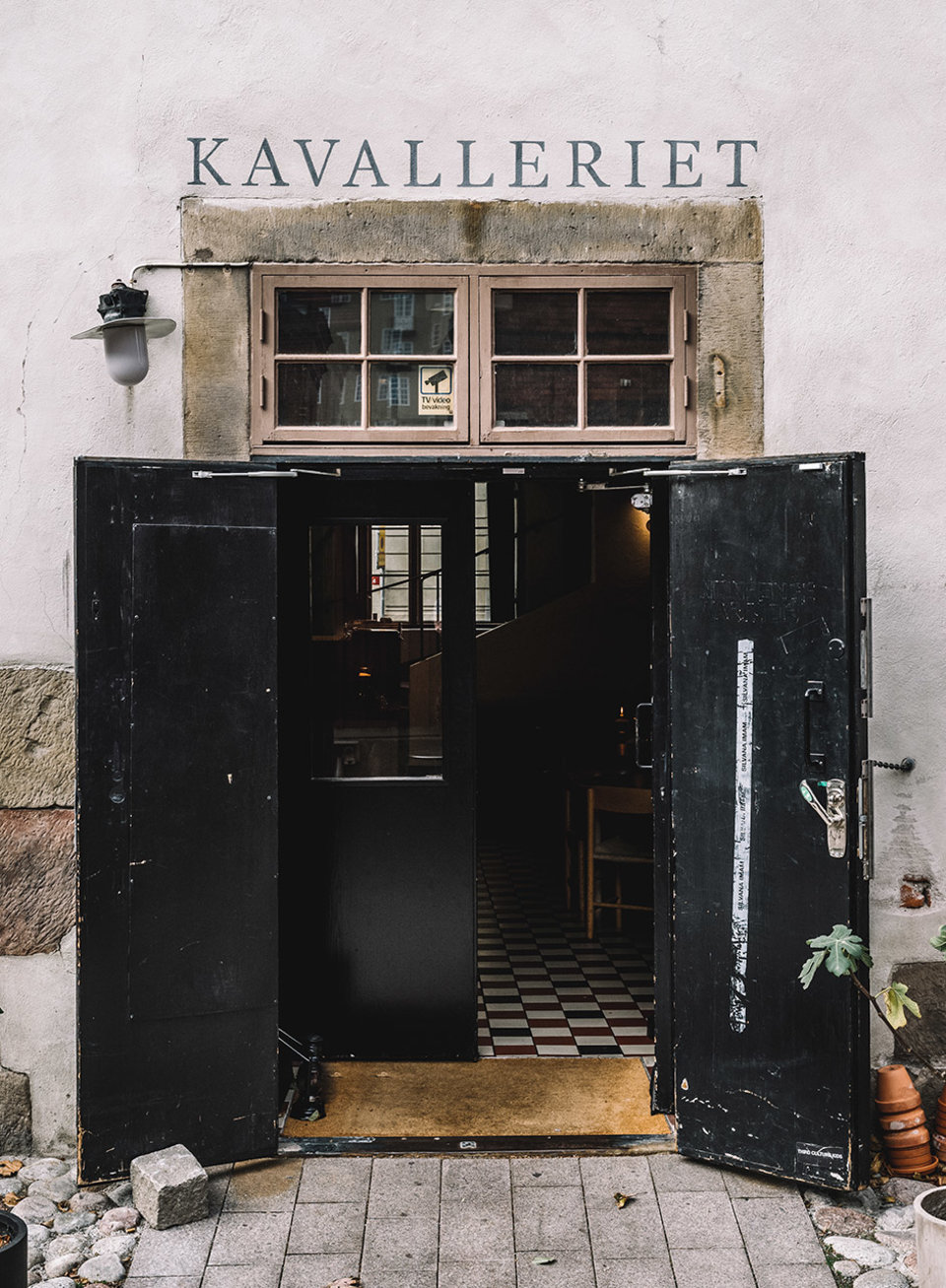 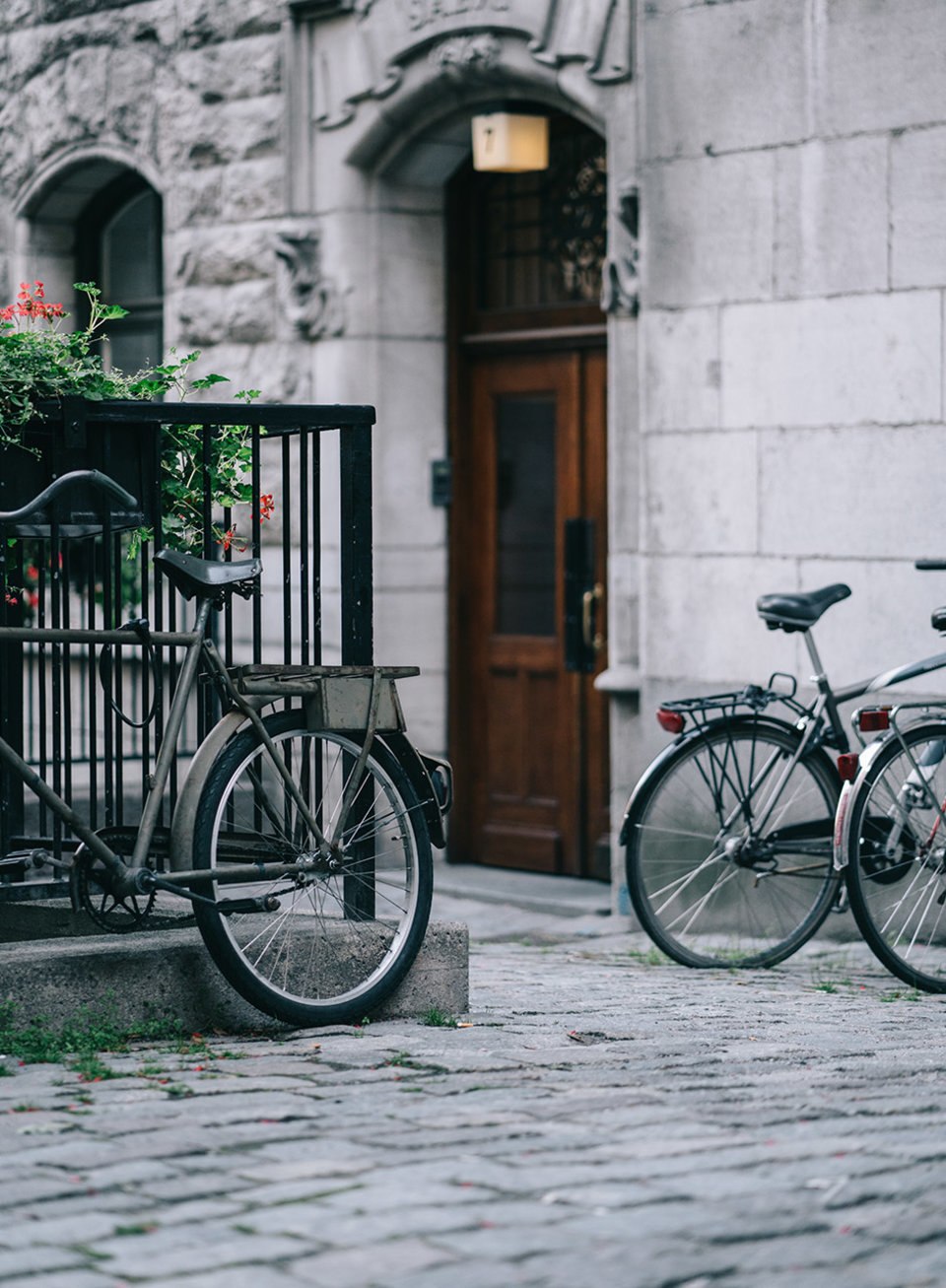 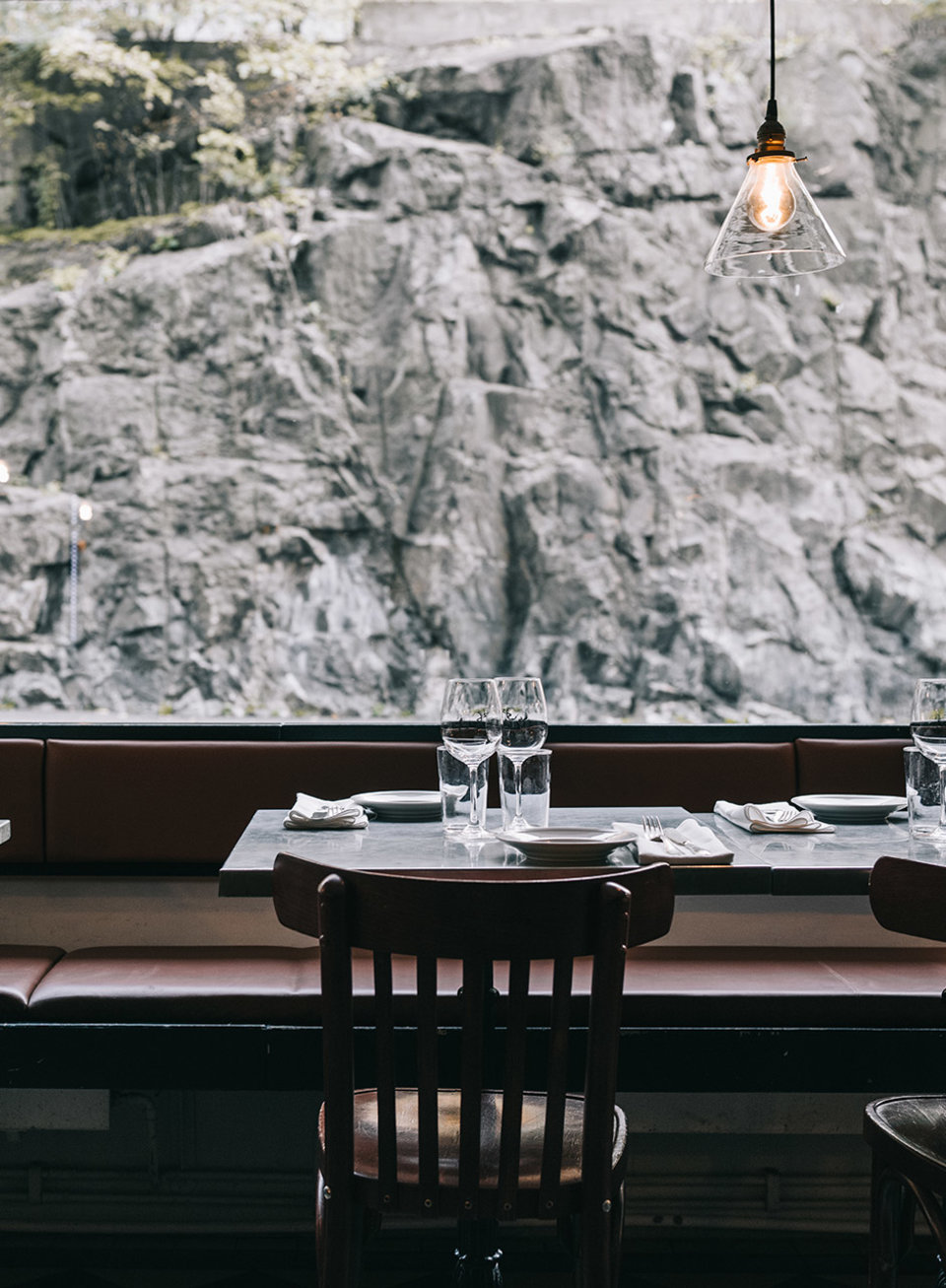 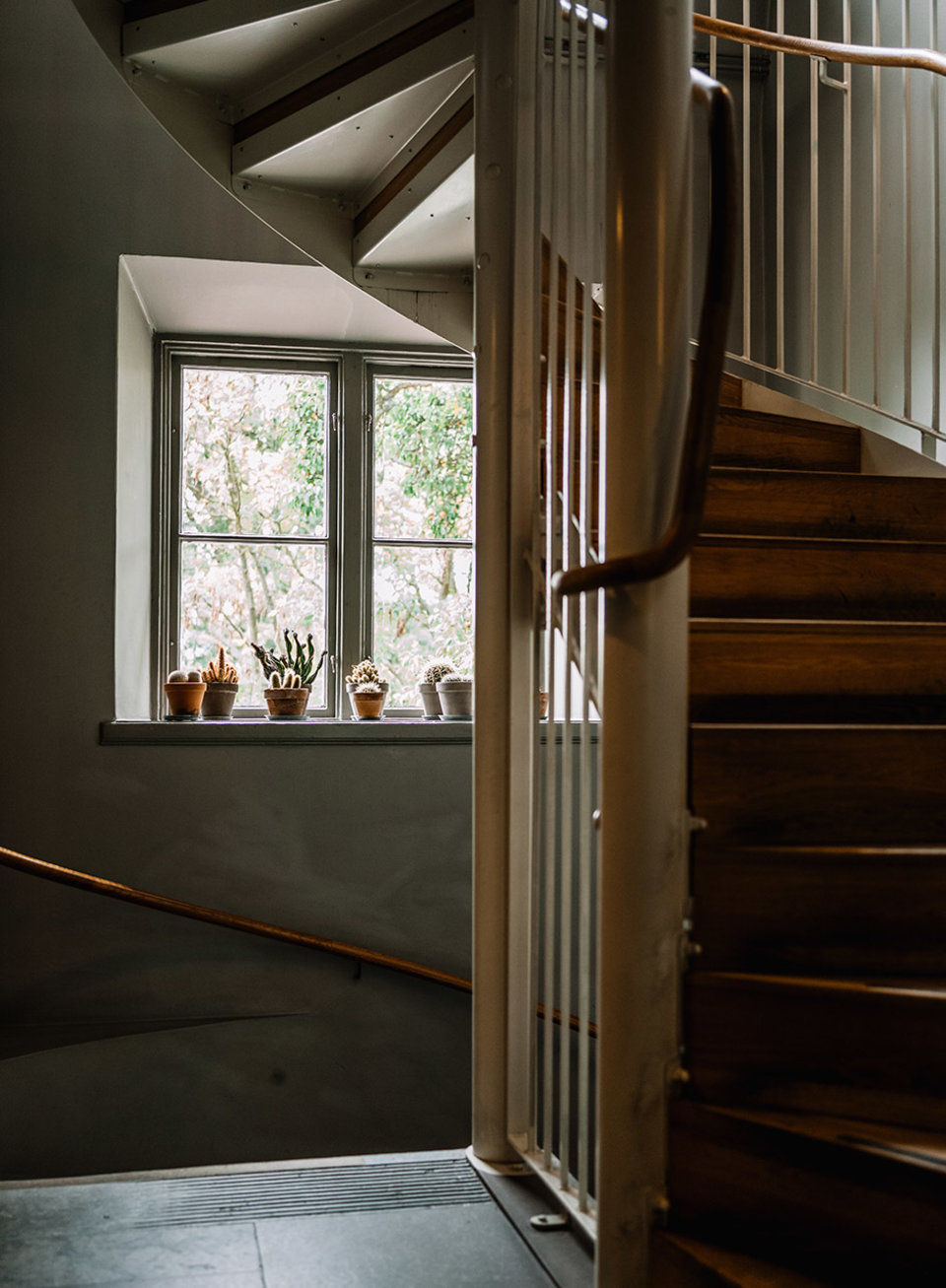 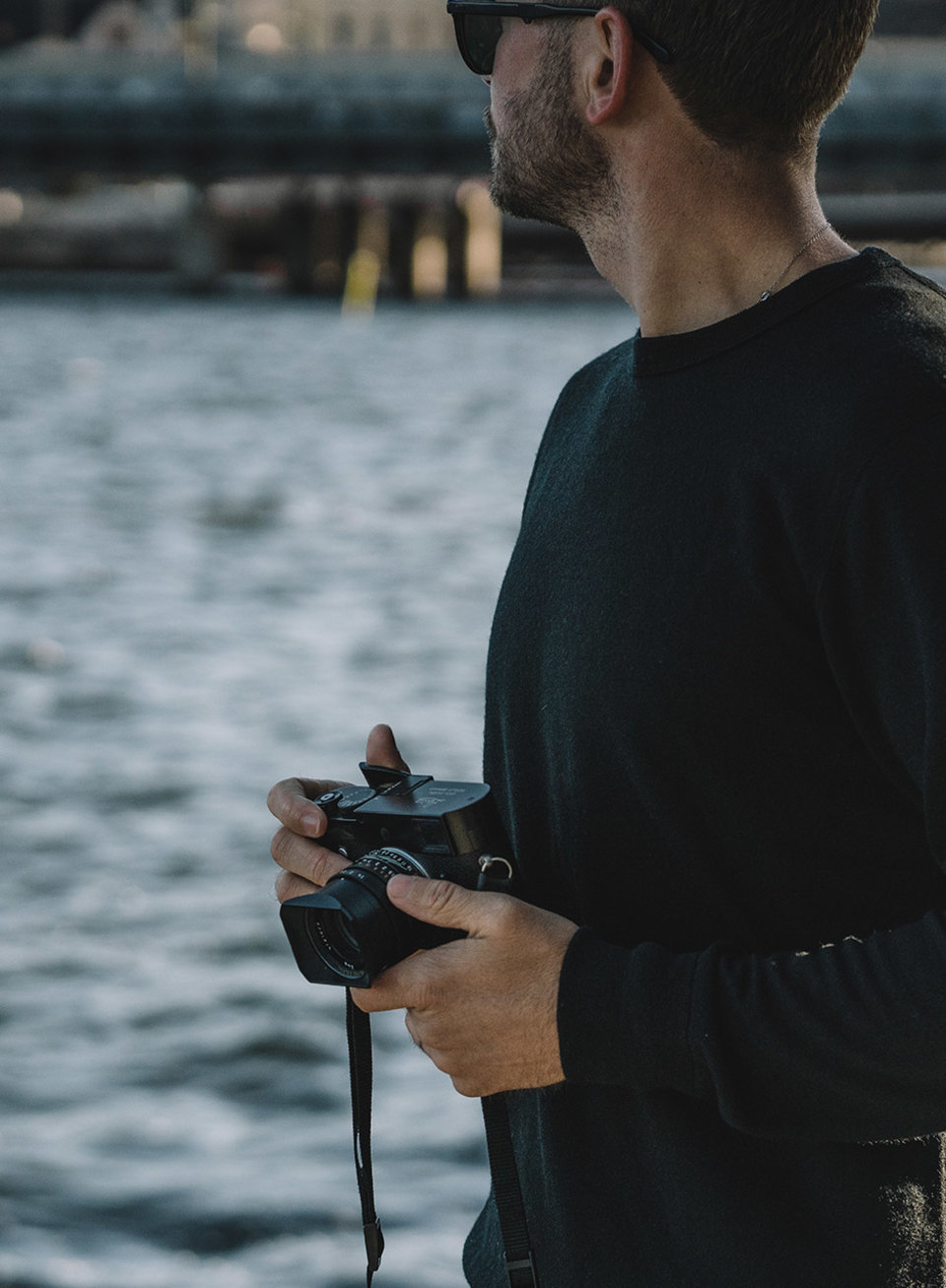 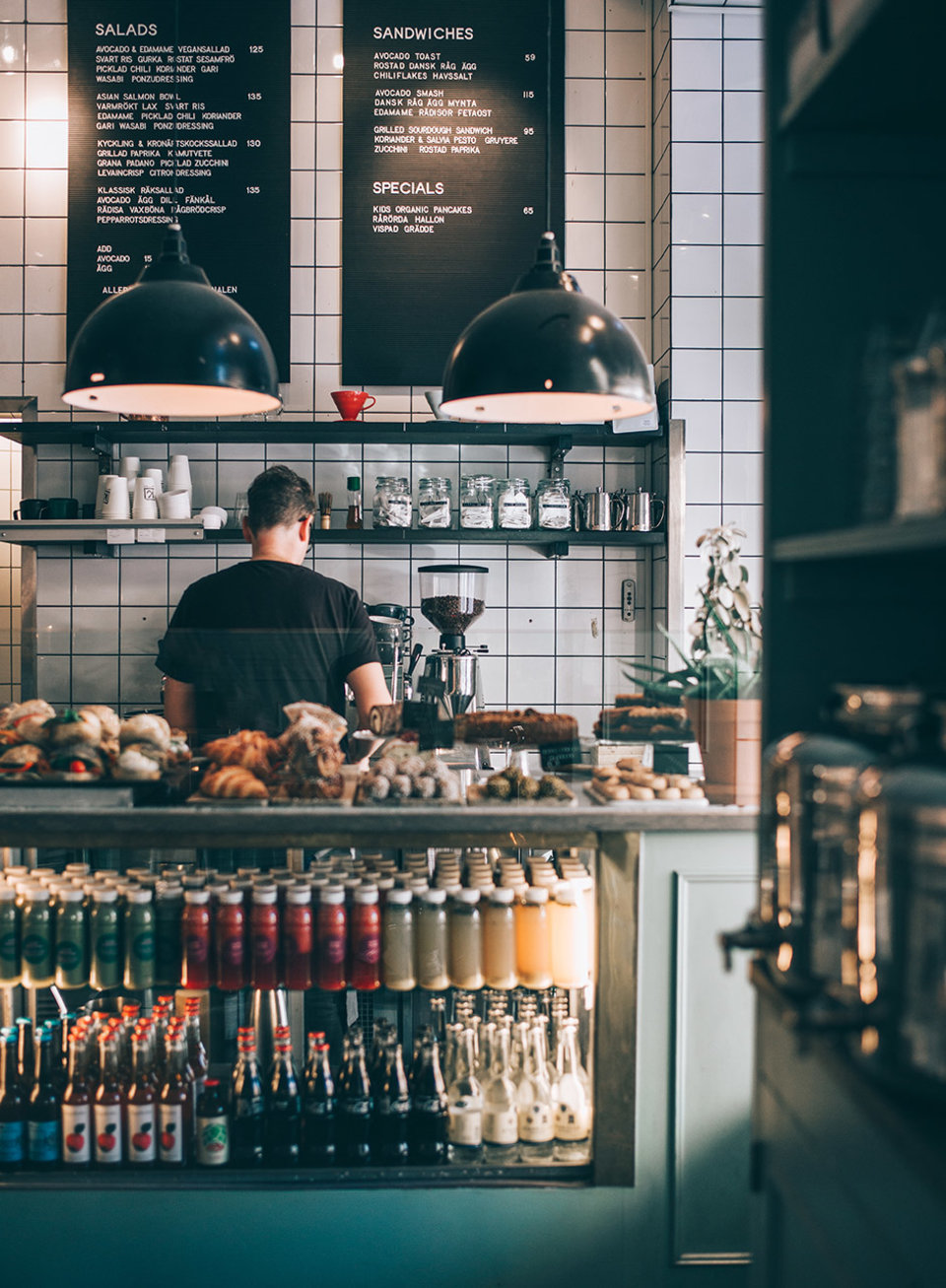 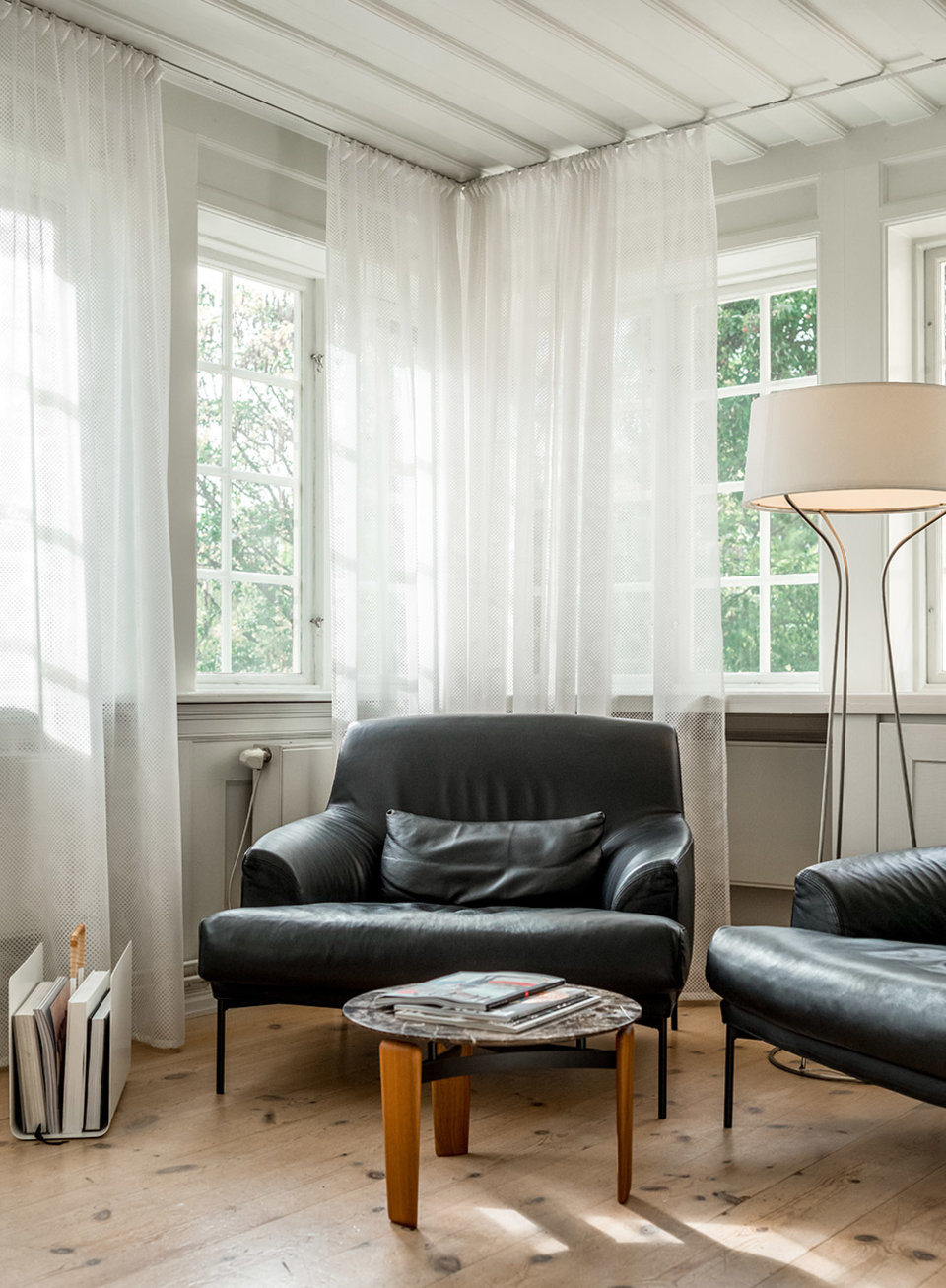 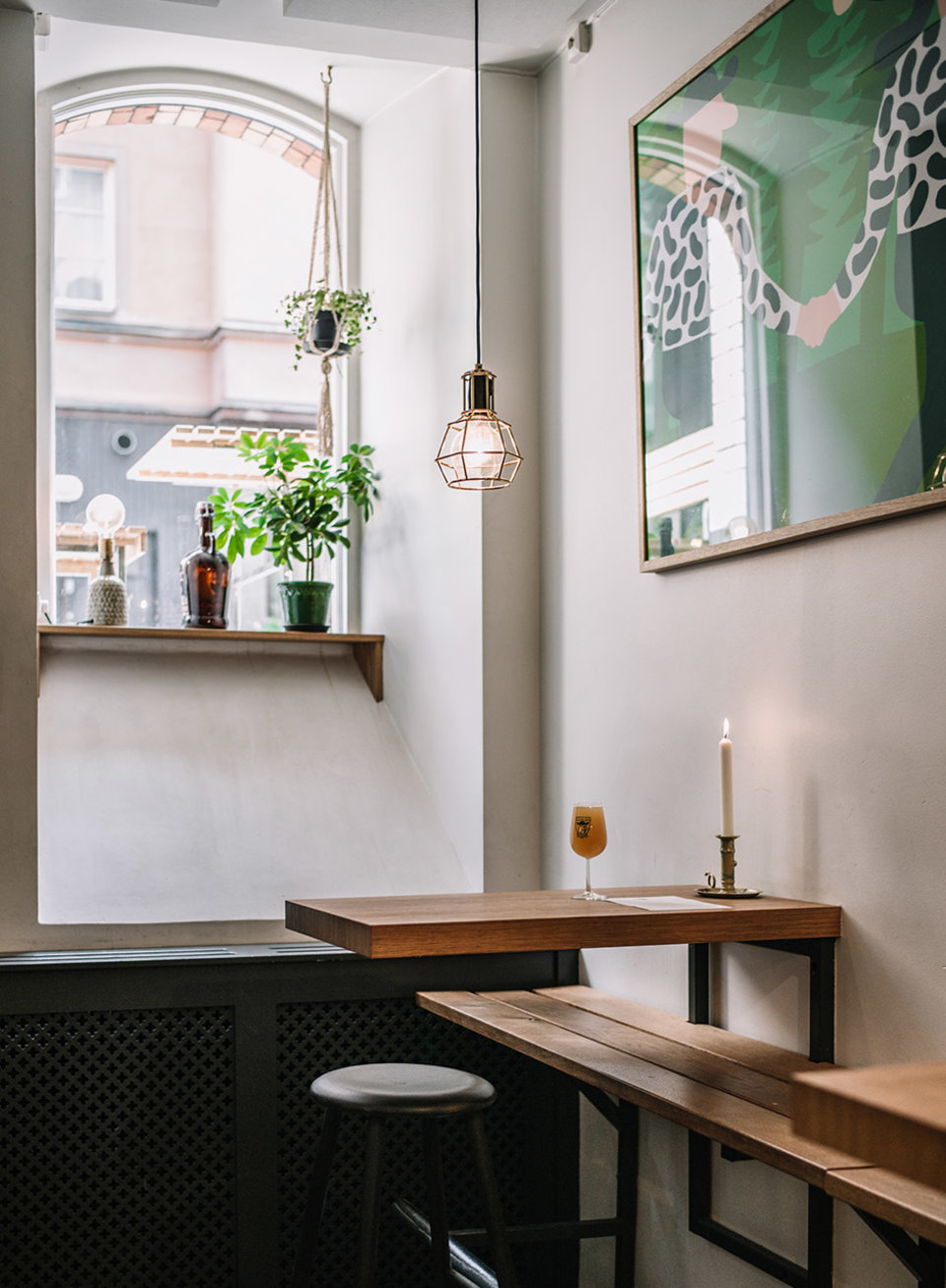 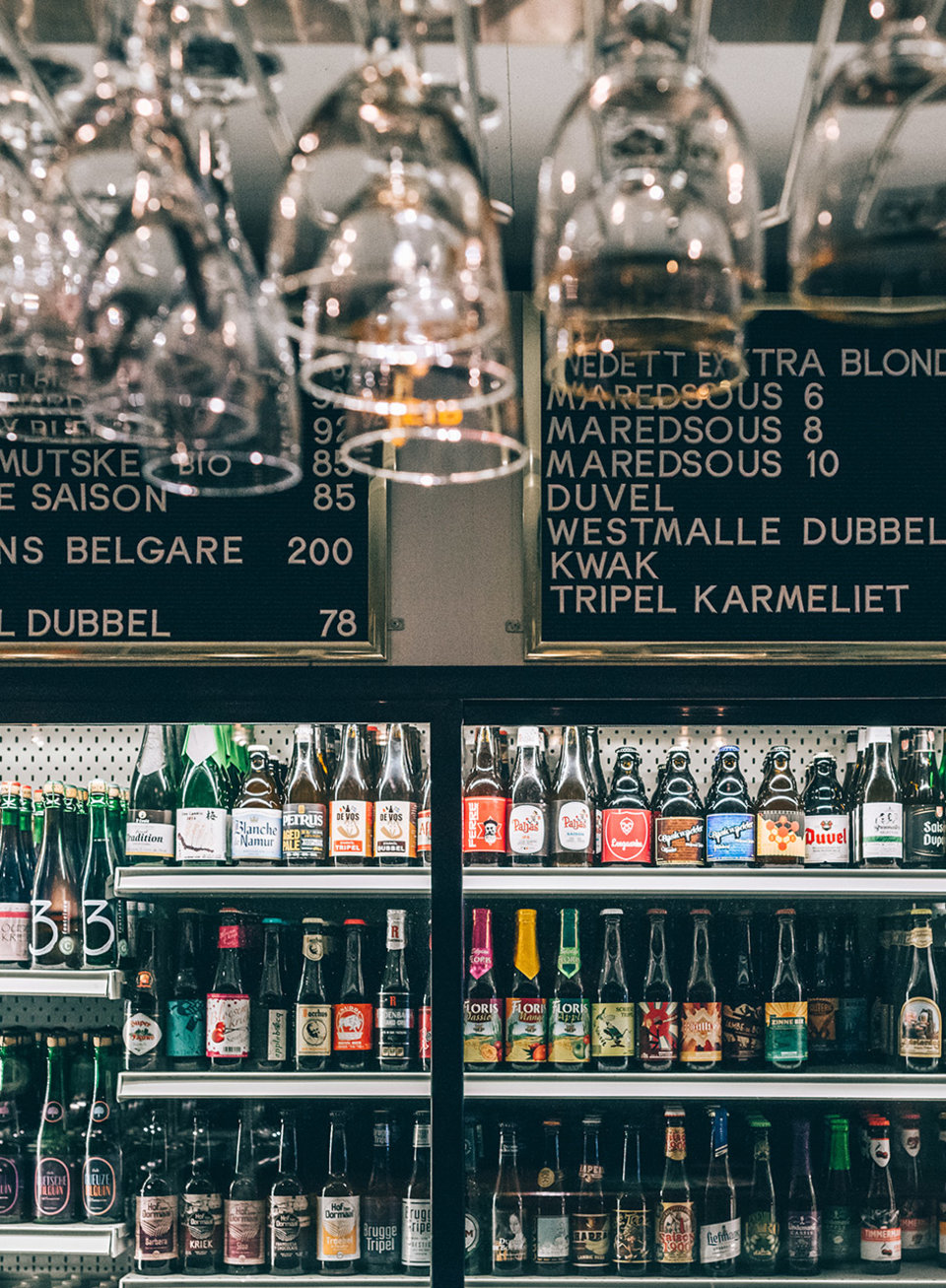 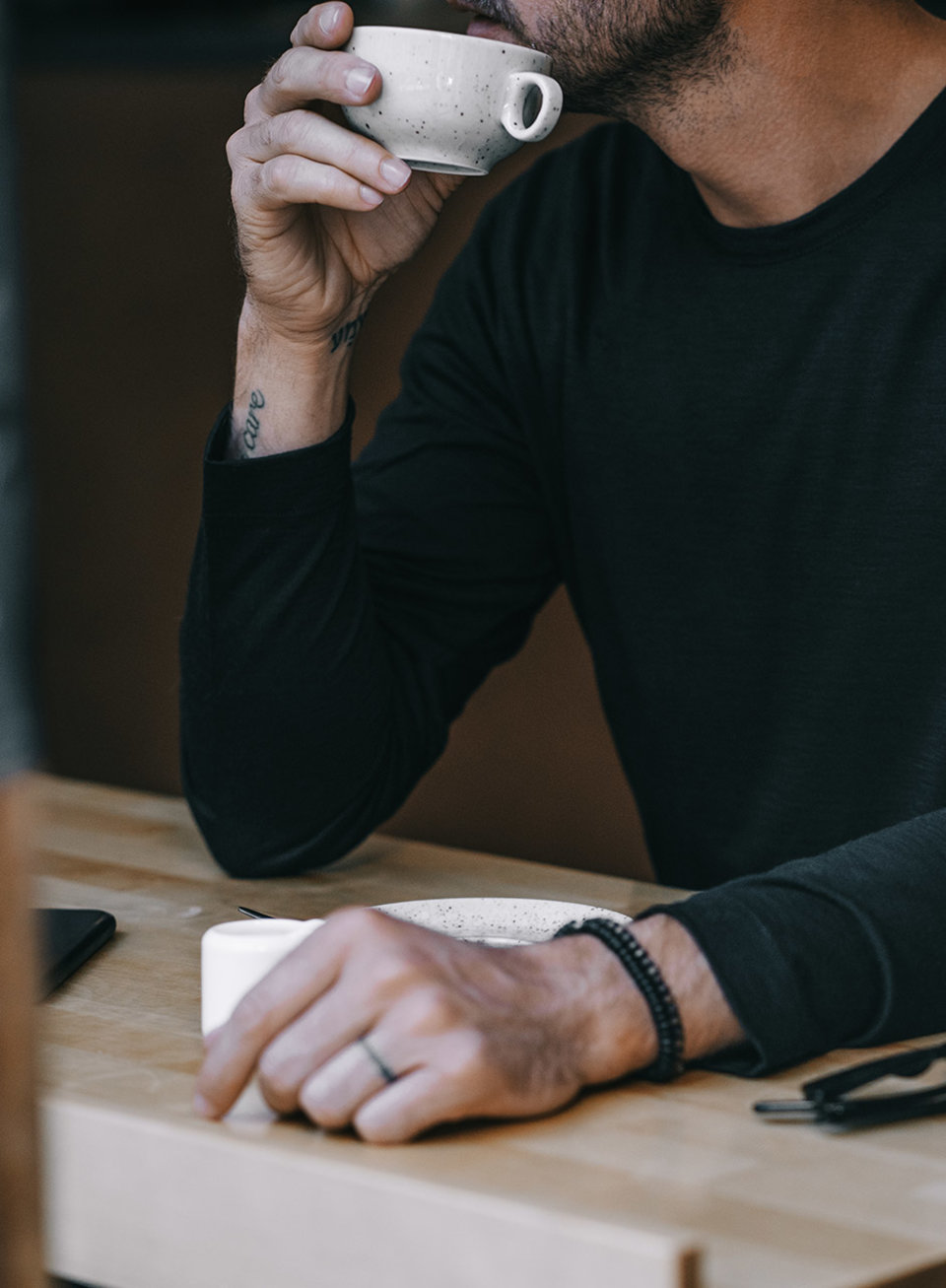 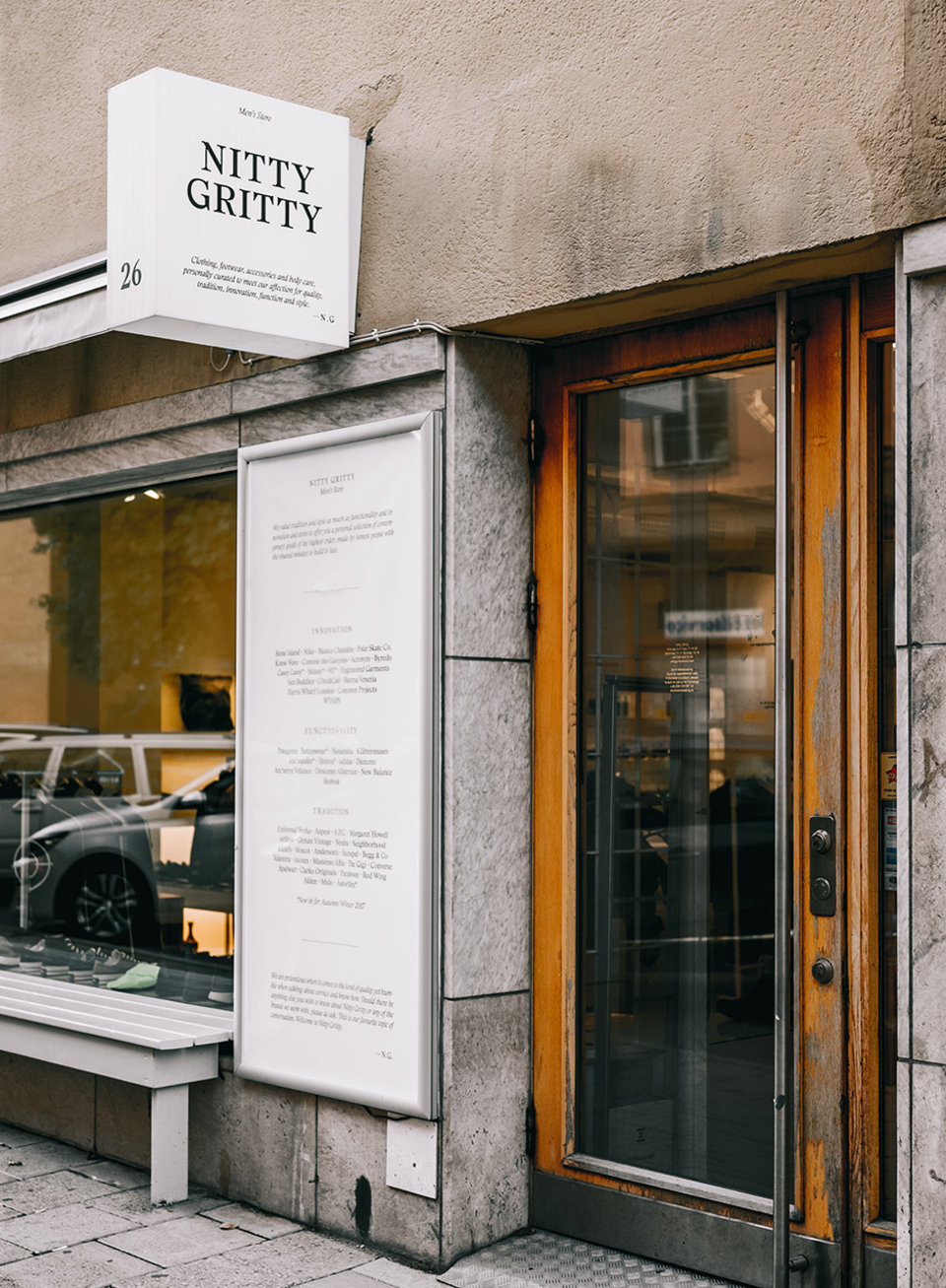 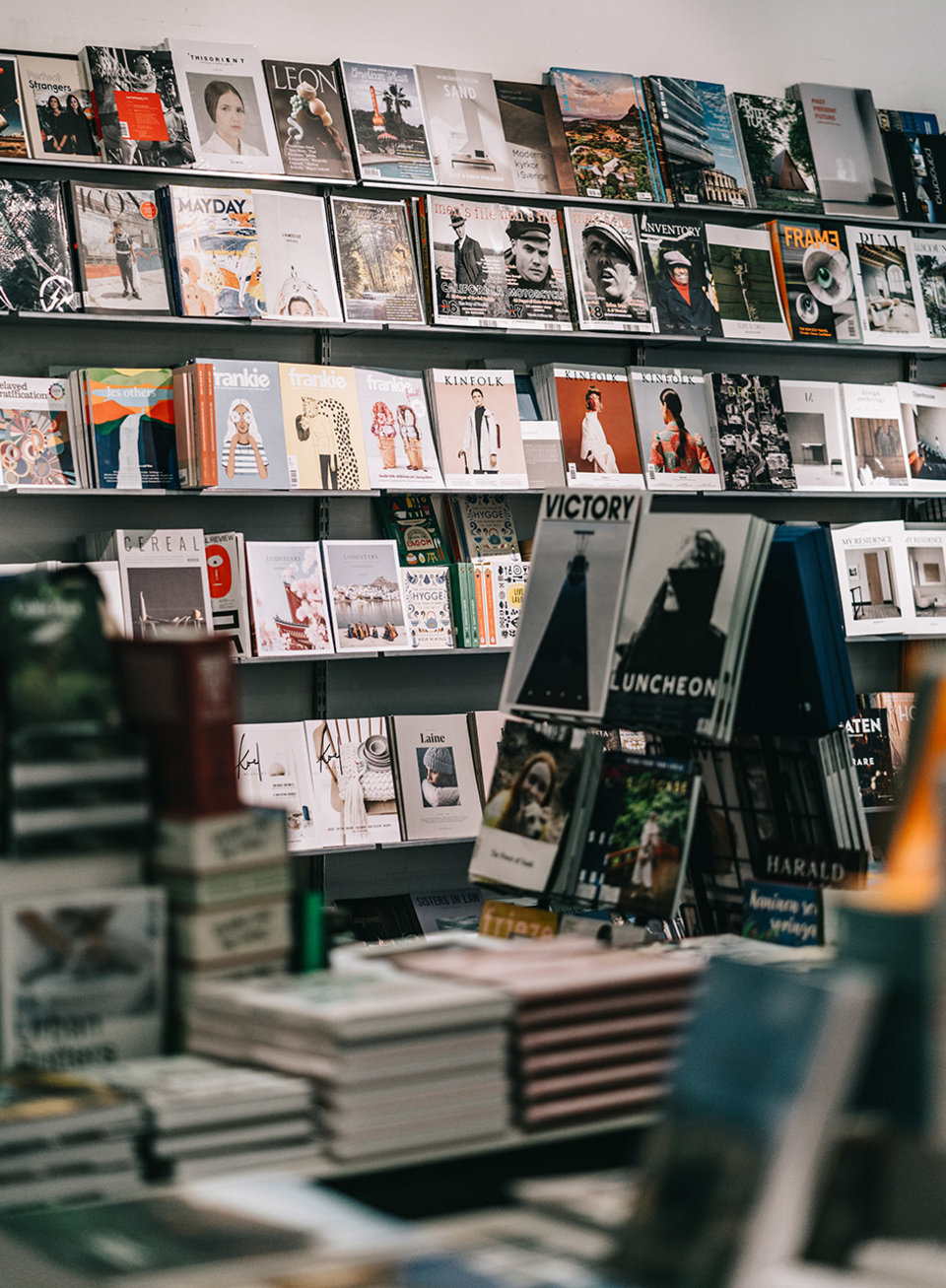 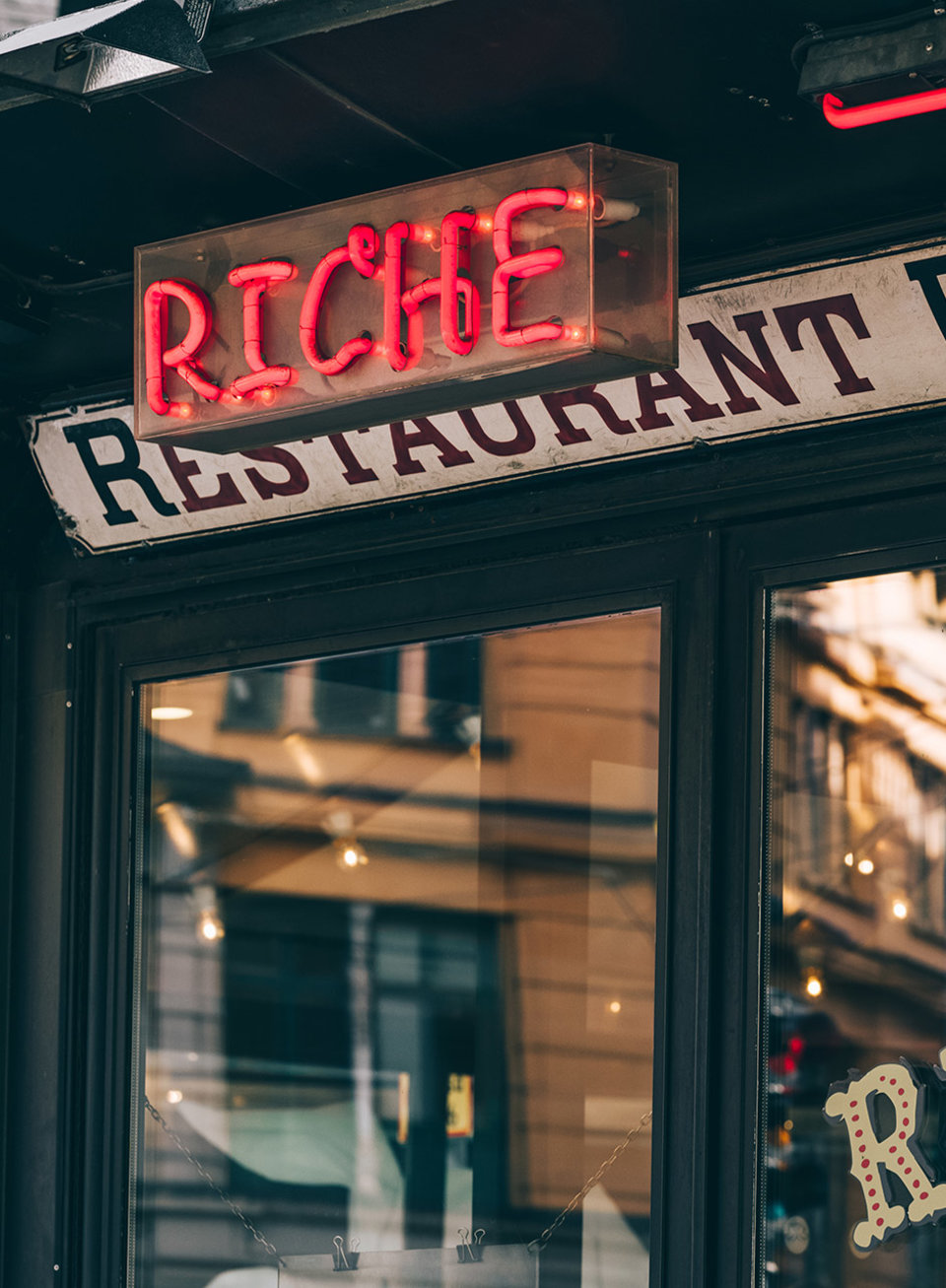 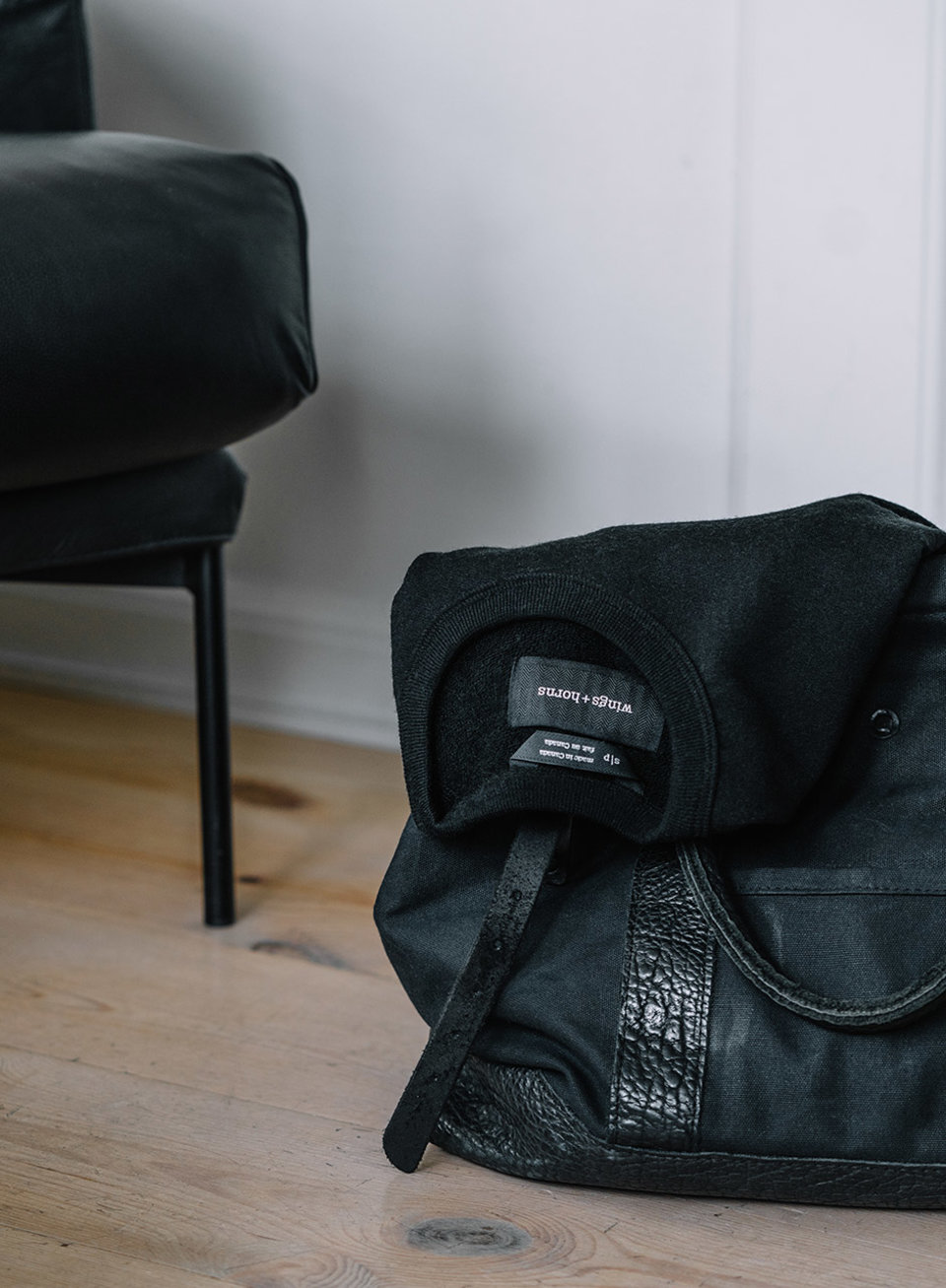 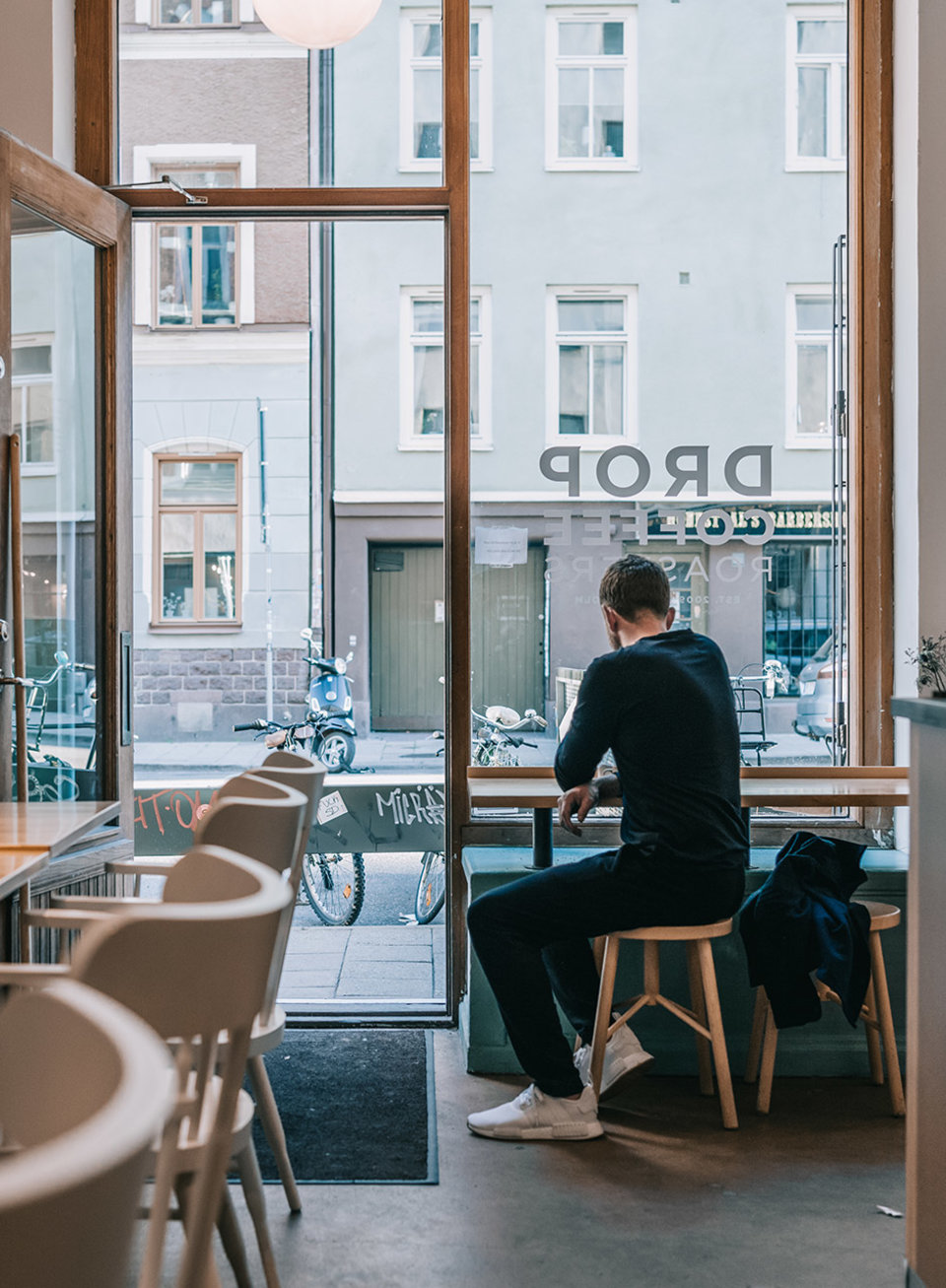 Exploring the Nordic capital in 36 hours.
Presented by Wings + Horns

Sip: Kvarnen
Walking into this famous bar is like taking a trip back in time. Opened in 1928, you won't find WiFi, televisions, or even music at this establishment. But you will find fantastic beers, food, and a glimpse into early 20th century Brussels that has been family run since it opened.

Recharge: Kavalleriet Cafe
Located inside the oldest industrial building in Stockholm, Kavalleriet offers coffee and baked goods with a side of history. Their name means "the cavalry", a nod to their location that once housed a bakery that supplied the military with fresh bread. Original arched ceilings and vintage tile floors form the backdrop for the cafe's selection of specialty drinks and fancy sourdough toasts.

Wear: Wings + Horns Swedish Merino Collection
Naturally breathable, moisture-wicking, and odor resistant, merino is a great choice for nearly any garment. And the Wings + Horns Swedish Merino Collection might be made from the best merino in the world. Both the lightweight jersey and heavier terry fabrics are made in the high-tech knitting hall of a family-owned, merino-focused mill in southwest Sweden. The former is used in the t-shirt, long sleeve tee, and henley, while the latter is found in the crewneck, trail shirt, and sweatpant, all three of which feature flatlock stitching for added comfort and durability. The entire collection is available now and is made in Vancouver.

Eat: Tjoget
Sip, eat, and get a trim under the same roof at Tjoget. This hipster-inspired location pulls your attention in three different directions with Linje Tio: a bar and restaurant with cuisine rooted in Europe and the Middle East - Hornstulls Bodega: a wine bar with a laid-back vibe - and Roy & Son: a barbershop whose roots reach back to the mid-20th century.

Eat: Ekstedt
Named for well-known chef Niklas Peter Ekstedt, this centrally-located, Michelin-starred eatery draws on his childhood in northern Sweden, cooking nearly everything using the power of fire, whether it be over the fire pit, in the wood-fired oven, or in the wood-powered stove.

Recharge: Kaffeverket
An exact translation of fika is "a coffee and cake break" but the Swedish have turned the term into a culture and Kaffeverket is one of the best spots to experience it. The cafe stays true to the saying with a variety of fine coffees, cappuccinos, and an eye-popping case of breakfast pastries. For a lighter start to the day, many of the baked goods are raw, gluten-free, or vegan and they also offer a selection Instagram-worthy chia pudding bowls. All of their dishes can be enjoyed inside the tile-lined dining room or on the outdoor terrace.

Eat: Riche
With a legacy that goes back more than a hundred years, at least one meal at Riche is a must. Its interior ignores the city's sleek minimalism and instead opts for the ornate chandeliers and red velvet finishes of an eccentric French brasserie. On the menu is a variety of traditional Swedish fare with a heavy Parisian influence. Their extensive wine list can be a little daunting so leave it up to their on-site sommeliers to find the perfect pairing for your Toast Skagen.

Sip: Presskluben
Located in the heart of Stockholm's theatre district, Presskluben boasts one of the largest Belgian beer collections in Europe. Drop in for a guided tasting, choose from over 800 Belgian brews, and stay for their seasonal menu featuring classic Belgian, German, British and Swedish cuisine.

Recharge: Drop Coffee
Flavor and sustainability take center stage at Stockholm's Drop Coffee. Co-owned by the Swedish Barista of the year, the shop is also Sweden's reigning roaster of the year, with organic beans sourced from Kenya, Ethiopia, Guatemala, and beyond. Stop in for a caffeine fix or stick around for lunch during the week or brunch on weekends.

Shop: Sneakersnstuff
Founded in 1999, this Södermalm store has been bringing the freshest kicks and apparel to the capitol for nearly two decades. Over the years, that experience has earned them the opportunity to do collaborations with Nike, Reebok, Puma, and more. Add in a solid selection of shirts, jeans, jackets, and accessories, and you have the store that put Sweden on the sneaker map.

Sip: Mikkeller Bar
If disappearing for an afternoon or evening of craft beer sounds like a great idea, look no further than Mikkeller's Stockholm location. Located in a small but cozy basement space, they offer 24 continually changing beers that range from hoppy to sour and barrel-aged stouts that can be paired with small plates and a selection of Danish open-faced sandwiches known as Smørrebrød.

Stay: Hotel Skeppsholmen
Situated on one of Stockholm's smallest islands, Hotel Skeppsholmen is housed in a historic landmark building from 1699. The former home of Sweden's Royal Marines is full of authentic details that have been adorned with the best contemporary Scandinavian furnishings. While its park-like surroundings feel like a countryside villa, you won't have to go far to experience the best of the city. Both the Museum of Modern Art and the Swedish Museum of Architecture along with numerous boutiques and waterfront eateries are just a short walk away.

Shop: Papercut
This Södermalm shop stocks a well-curated assortment of books, magazines, films, albums, and other gifts, both international and Swedish. With a focus on art, design, and fashion, it's one of our favorite stores in town and a great place to pass the time on a rainy day.

Recharge: Gast Cafe
A sibling of Kaffeverket and Kvarteret, this Hötorget-area cafe serves up outstanding coffee, as well as sandwiches, soups, and salads in an unpretentious environment. Bonus points for the sharable, Pac-Man-inspired logo.

Shop: Nitty Gritty Store
Serving the Stockholm community with well-considered clothing, footwear, accessories, and body care since 1991, Nitty Gritty is the city's fashion hub. Brands such as APC, Comme De Garcons, and Common Projects share the welcoming-yet-minimalist space that lets each product speak for itself.

Shop: Snickarbacken 7
Snickarbacken 7 is located in a building that once held stables in the late 1800s. Today, it's part cafe, concept store, and art gallery. The store sells pottery, jewelry, coffee supplies, and more while the cafe serves breakfast and lunch and is integrated with an exhibition space which features contemporary art for sale from Swedish and international artists.