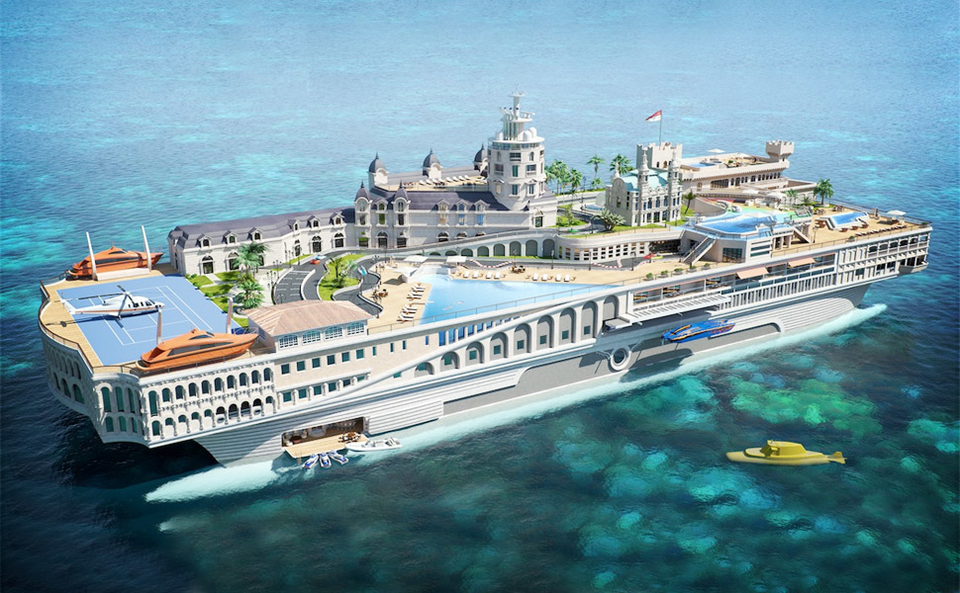 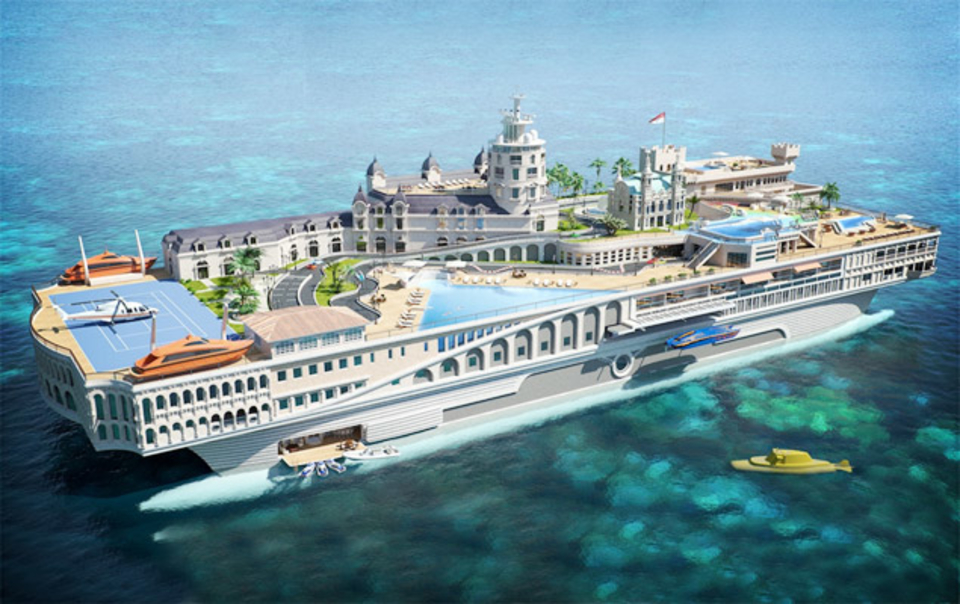 Everyone has their favorite city, a place where they feel most at home whether or not they live there. But what if you could pack up that place and take it with you, basically anywhere you wanted to go? That's sort of the idea behind the Streets of Monaco Yacht (Around $1 Billion). This insane invention aims to recreate Europe's most notorious billionaire enclave with scaled down clones of iconic structures like the Monte Carlo Casino, Hotel de Paris, Cafe de Paris, and even the Grand Prix course, functioning as a go-kart course on the deck of this 500-foot watercraft. Other features include multiple swimming pools, a multi-use court for basketball and tennis that doubles as a helipad, a submarine (!), an interior "oasis" area, space for up to 16 guests and 70 staff members, a spa, and, of course, a swim-up jacuzzi bar. All of which begs the question: how big does a yacht have to be before it becomes a city unto itself?