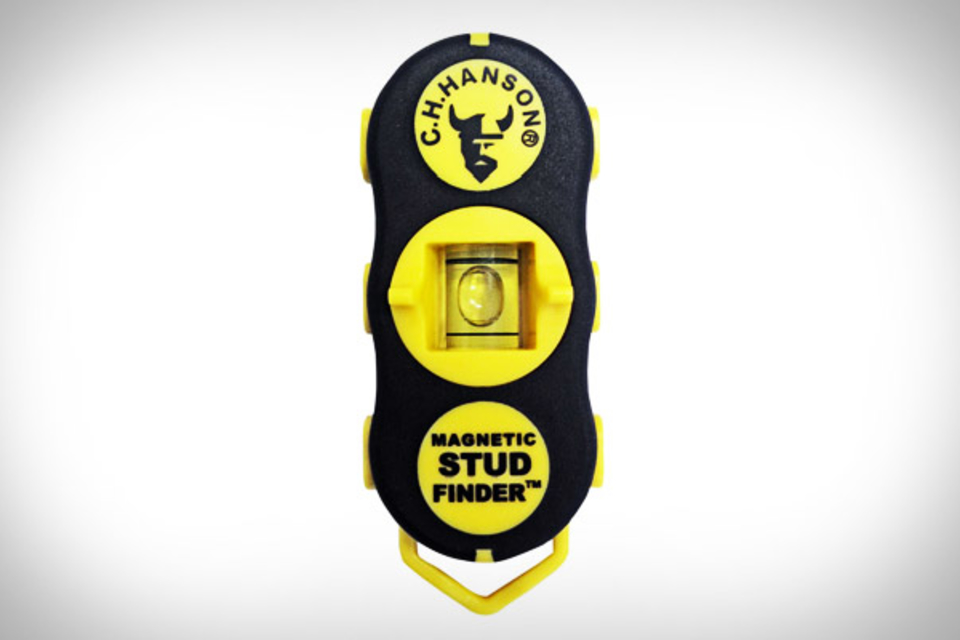 No matter how many lasers, levels, and other doodads they add to normal stud finders, one thing remains constant — they're pretty much always a hit-or-miss affair. Literally. So believe us when we say that the C.H. Hanson Stud 4 Sure is the first we've used that consistently works, time after time. It requires no battery power or calibration, instead using über-powerful rare earth magnets to pinpoint the location of screws or nails in the stud — so powerful, in fact, that it will hang hands-free on the wall — leaving no doubt as to where you should be hammering or drilling. Beware searching Google for it, however, lest you find "drilling" of a whole other kind.