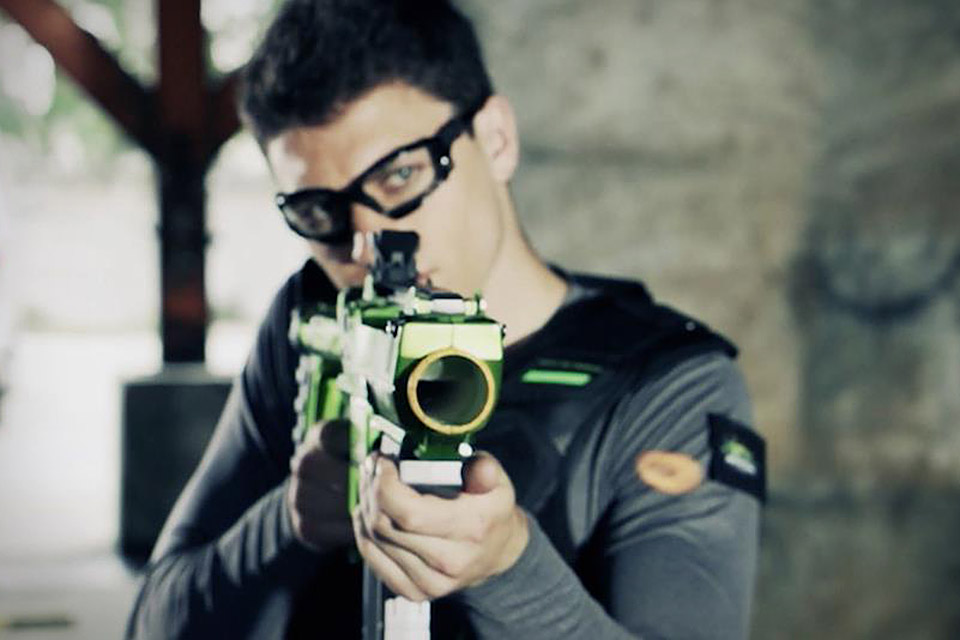 Step aside, Nerf. The Tek Recon Battle System ($25 and up) raises the bar for projectile-based toy combat by adding a touch of realism and a touch of video gaming to the proceedings. The two blasters — the pistol-like Hammerhead and the assault rifle-esque Havok — fire custom NRG rounds that provide rapid firing and the ability to hit targets up to 75 feet away, feature metallic green and orange paint jobs, and, thanks to the unique, pump-action propulsion system, also offer real triggers and recoil. In addition, they feature built-in cradles for your iPhone or Android, giving you a heads-up display and the ability to enter into games with your friends, then play games like every man for himself, team battle, or capture the flag. The downside? Unlike Halo, Tek Recon requires you to have actual, real-life friends.