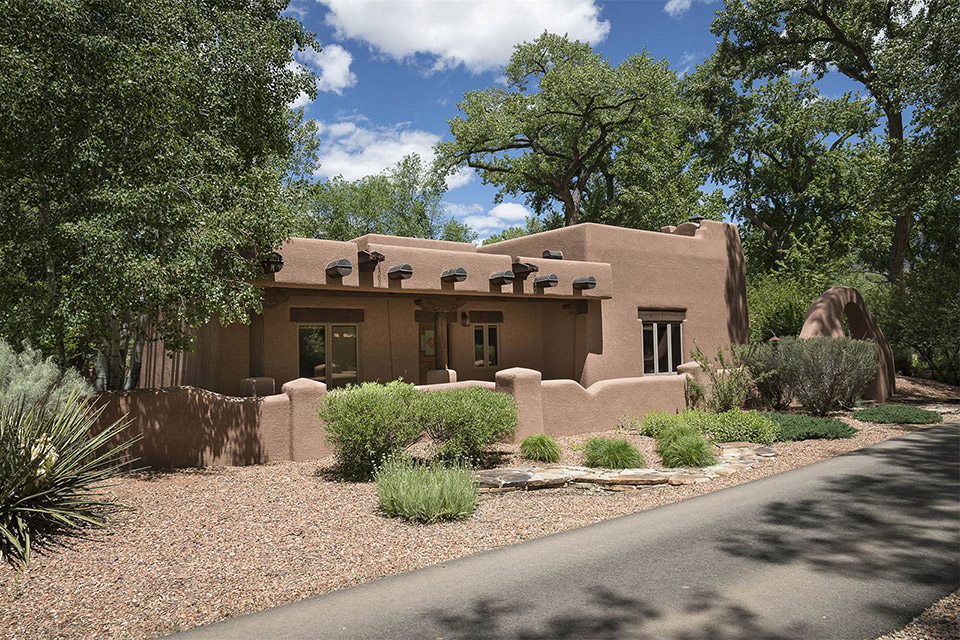 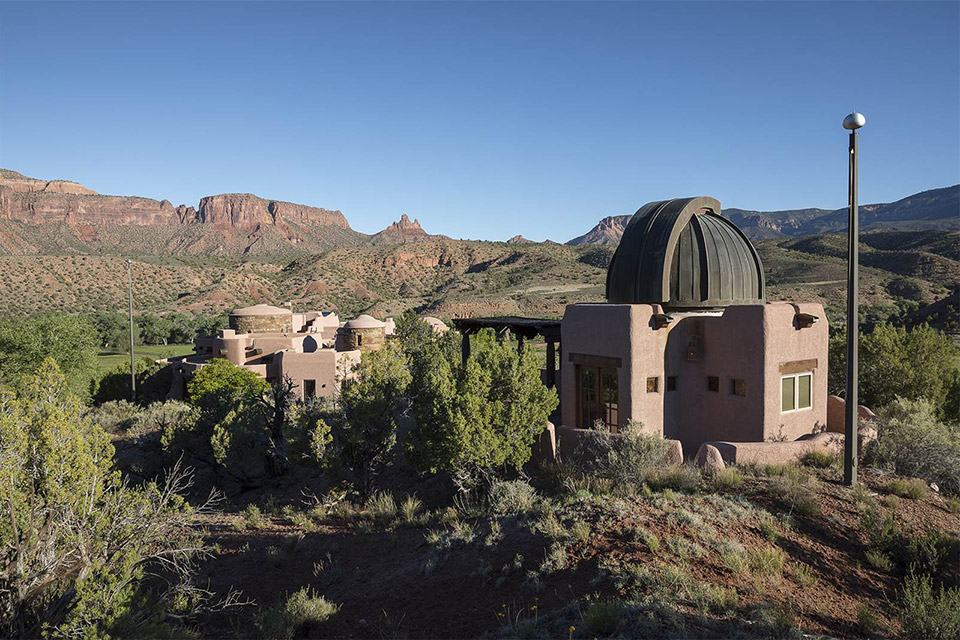 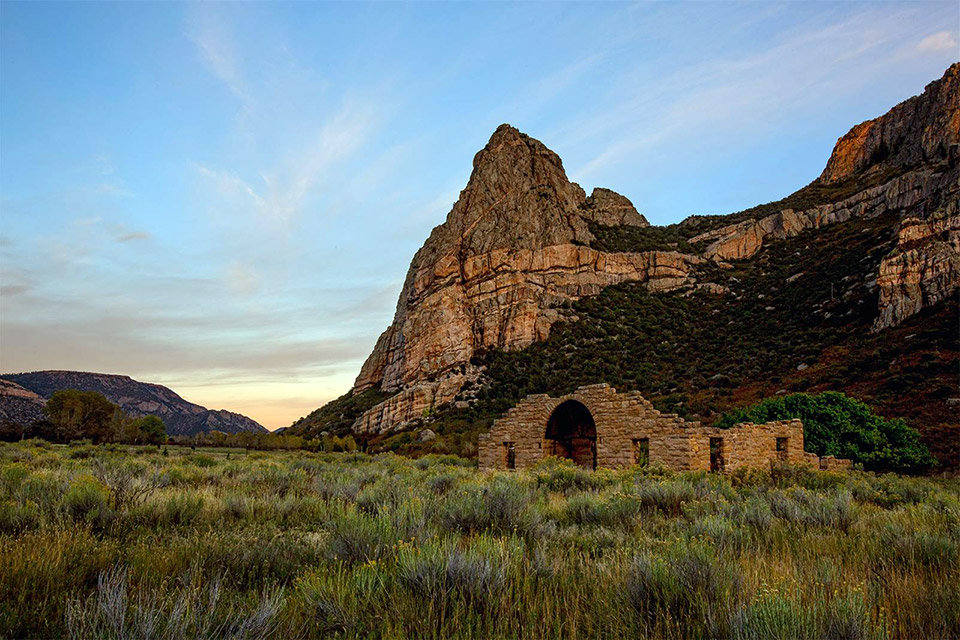 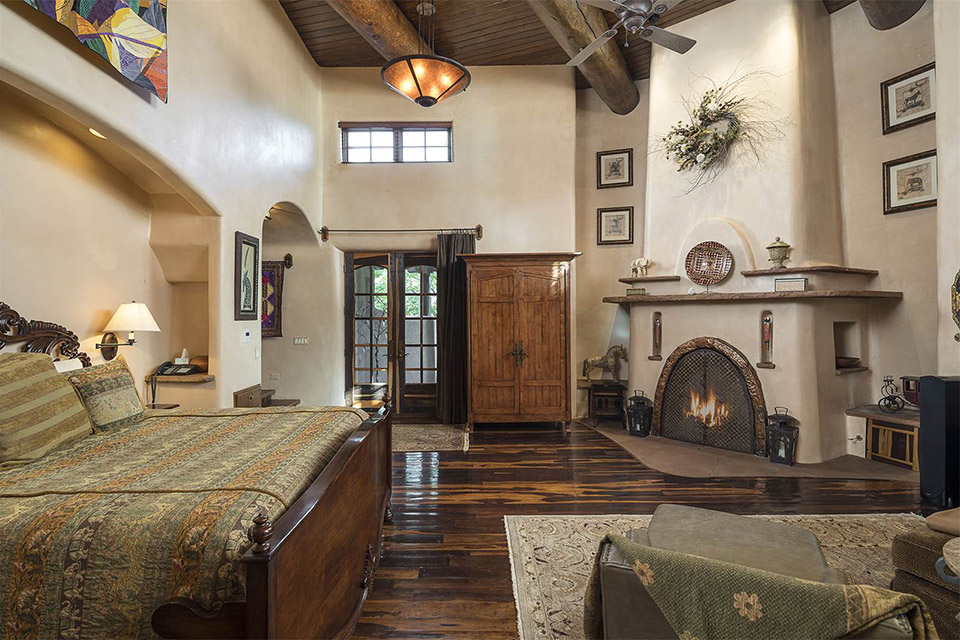 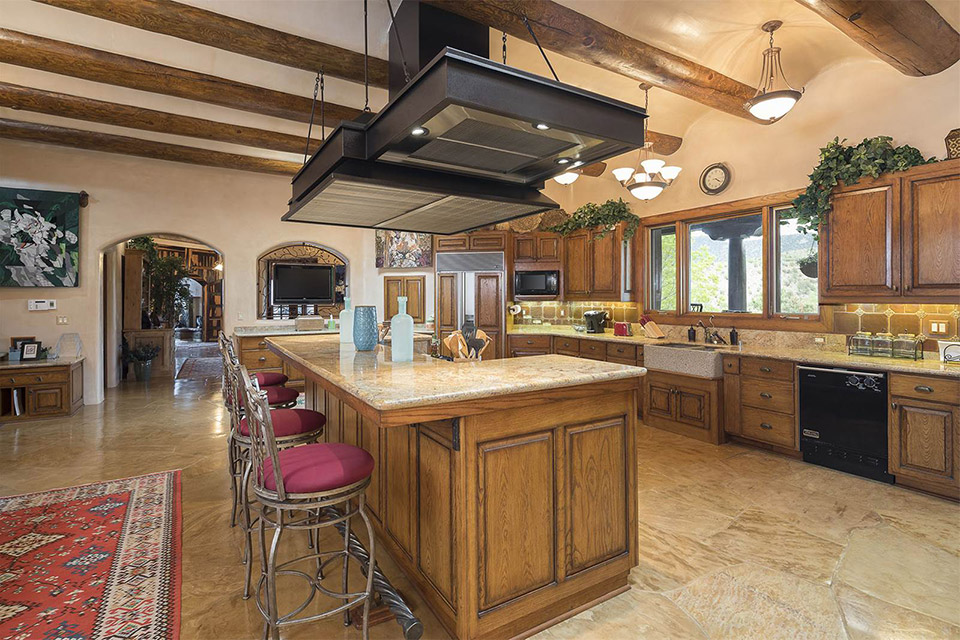 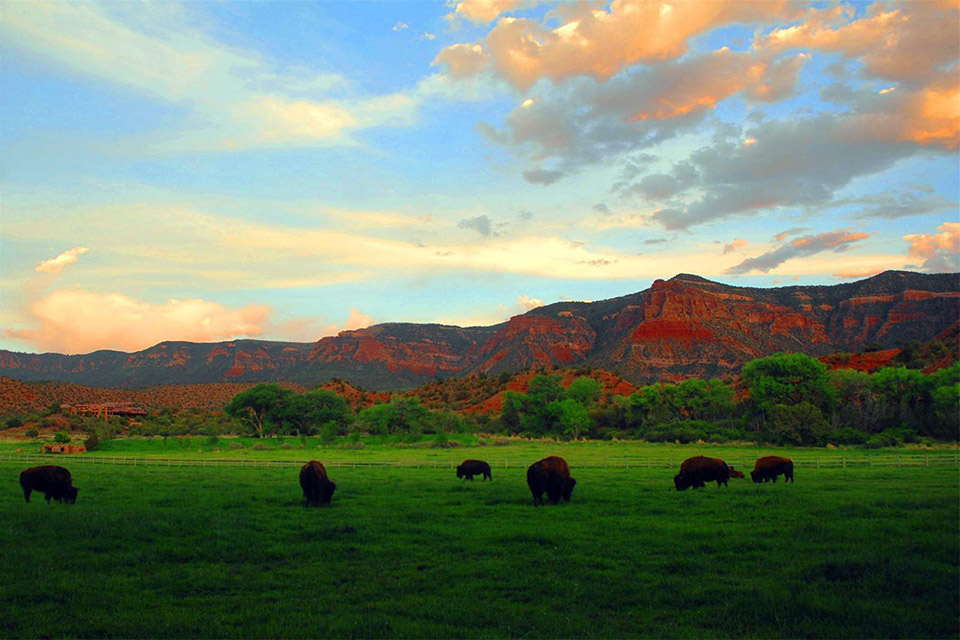 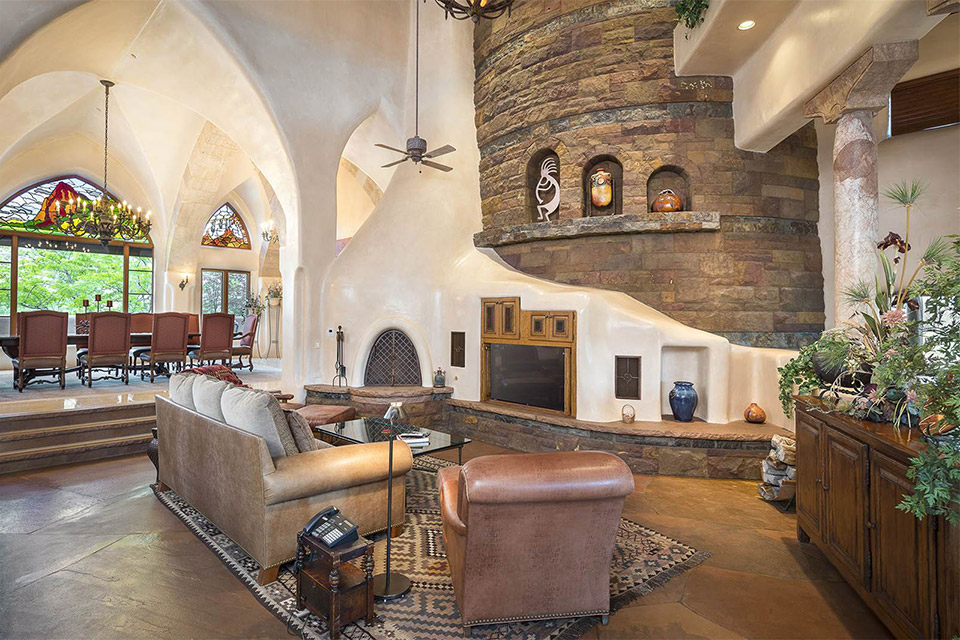 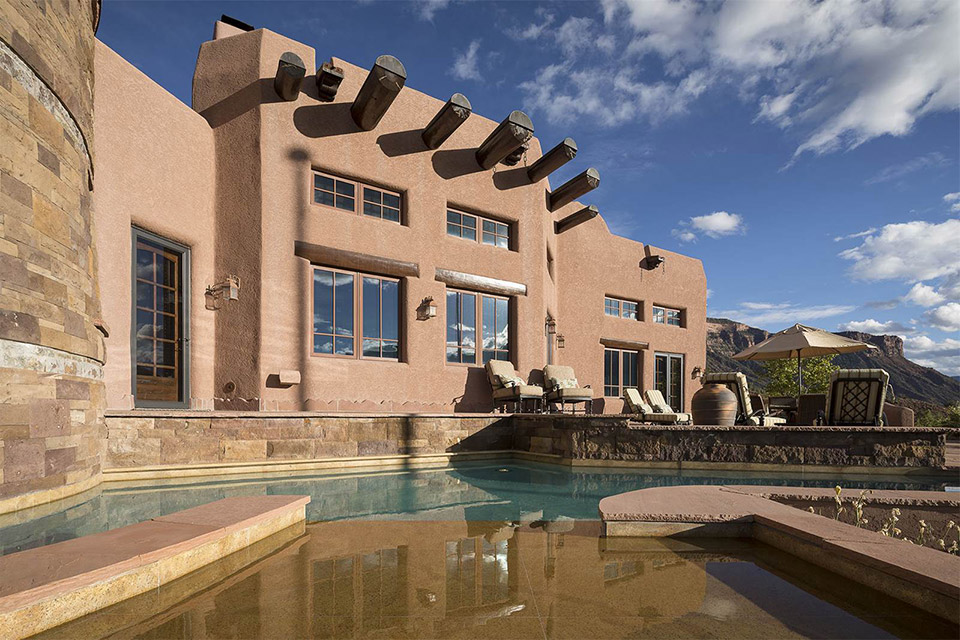 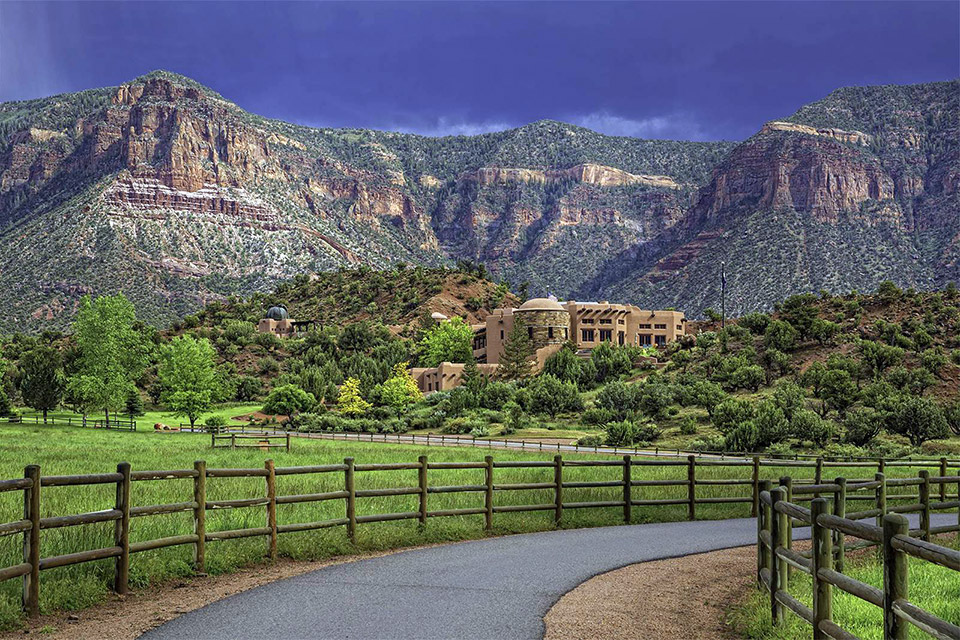 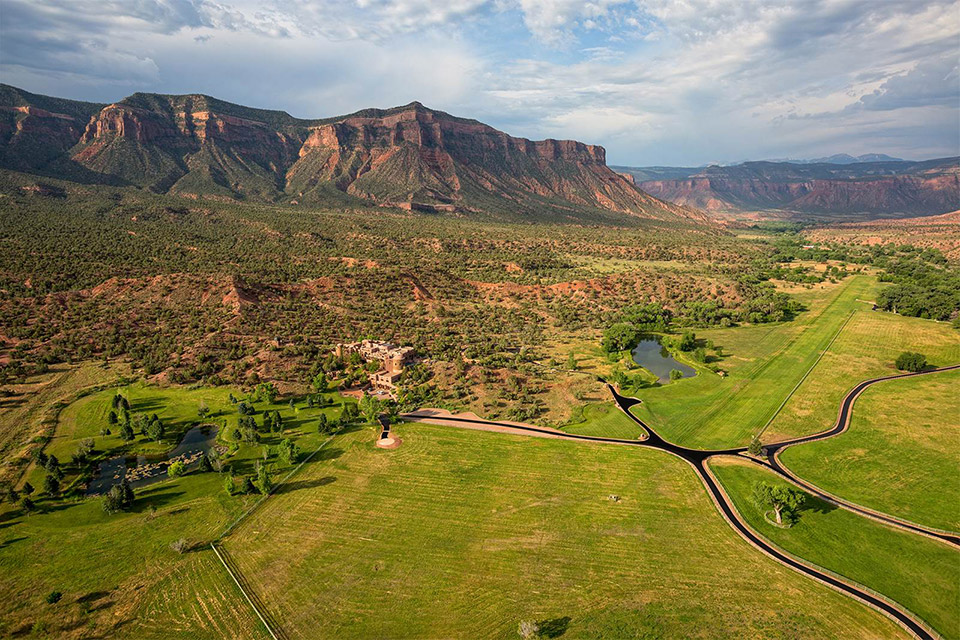 Comprised of four scenic parcels stretching across nearly 7,000 acres and two states, West Creek Ranch is far from just a house. While the home itself is impressive, with eight bedrooms, eight baths, over 22,000 square feet of indoor living space, another 3,500 square feet of covered verandas, a pool, and more, it's the total of the amenities set against the backdrop of wildlife and natural formations that truly set it apart. The property includes rock cliff walls of Colorado's Unaweep Canyon and expansive high plateau country with outstanding views of the La Sal Mountains of Utah. Also on site are a bear and mountain lion habitat, a guest house, a cabin, the historic ruins of Driggs Mansion, a helipad, an airstrip, various petroglyphs, and dinosaur footprints. Former owner Discovery Communications founder John Hendricks' love of space can also be found in the observatory, which has a professional-grade 20" Meade Telescope and rotating copper dome.