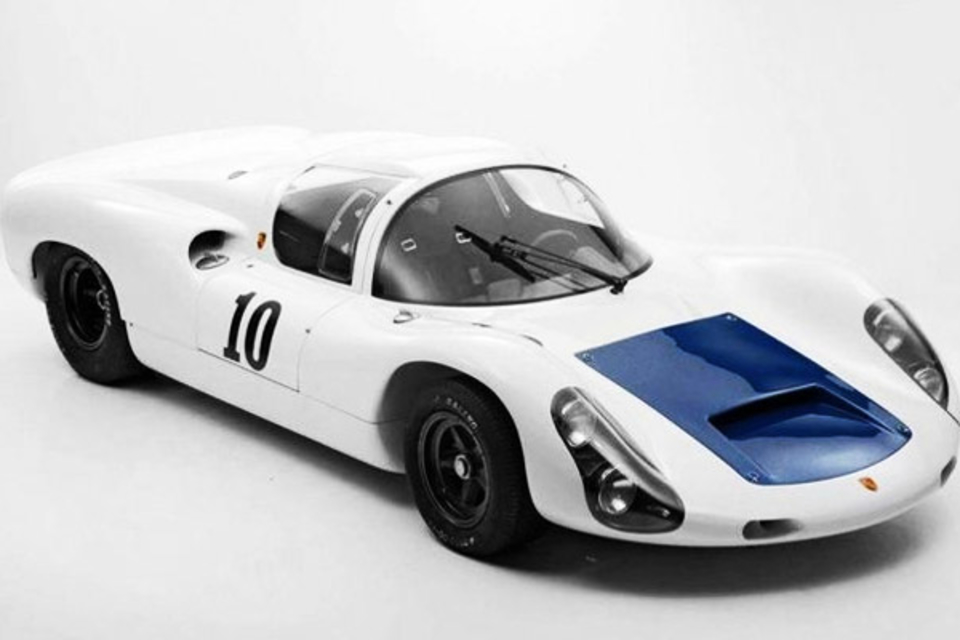 Own a piece of racing history with this 1967 Porsche 910 Spyder Coupe. It's one of only five "Werks Team" 910-8 Spyders built for the Porsche Factory in the Spring of 1967, winning its first two races with ease, and being rebuilt after each event. After a DNF caused by engine problems in the third race, it was rebuilt once again, and sold several times over the next 40 plus years, spending much of its time in private collections and museums. The five-speed manual is linked to an air-cooled flat-six engine, with fold forward doors, a removable top panel, and a flip-back panel for engine access — but let's face it, if you're thinking of buying this thing, the specs really don't matter, and neither does the astronomical price.