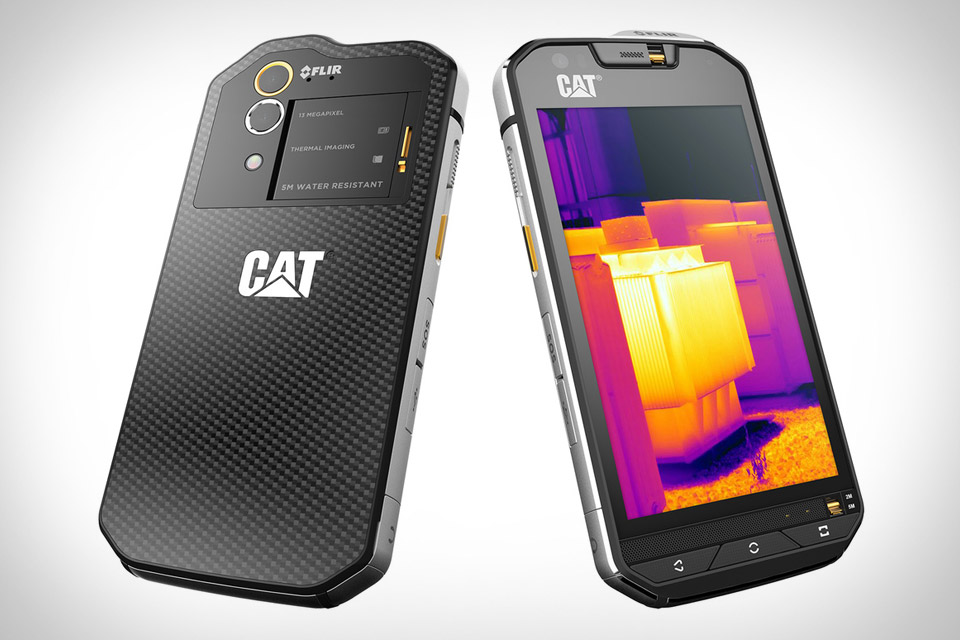 Caterpillar is primarily known for its construction equipment. Now it's bringing its tough-as-nails knowhow to your phone. The Caterpillar S60 Smartphone is designed with workers in mind, with a rugged build and a number of features that come in handy on the job site. Foremost among those is the world's first integrated FLIR thermal camera, great for things like detecting heat loss around windows or doors, spotting moisture or missing insulation, or indentifying misfit electric appliances. It's as tough as you'd expect, with a Mil Spec 810G case that can withstand drops of 1.8 meters and is waterproof to 5 meters, a die-cast frame, and a 4.7-inch touchscreen with automatic wet finger and glove support. And while the specs won't overwhelm anyone, it's no slouch, either, making it useful even after it's time to clock out.