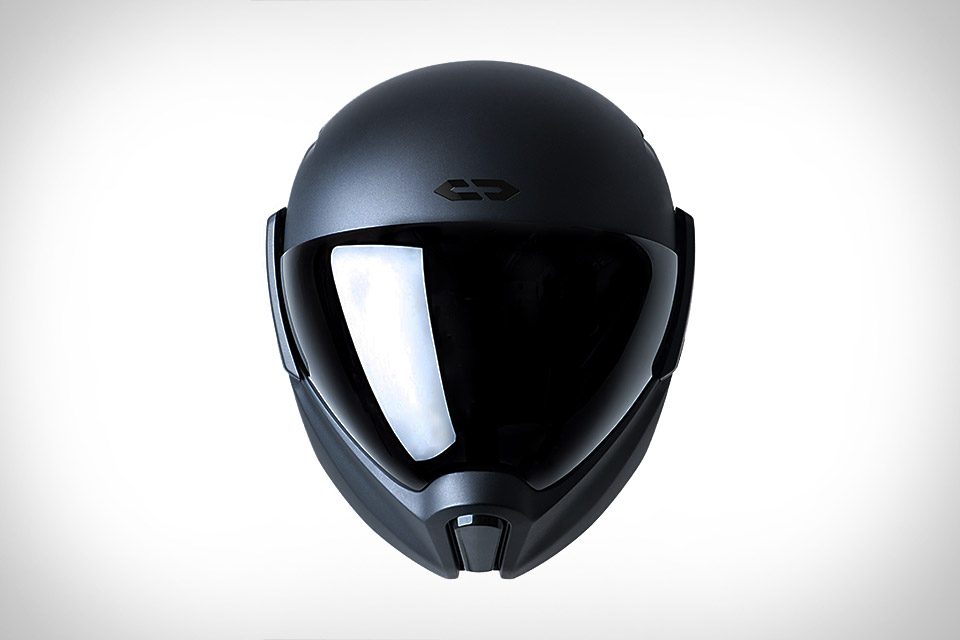 The filter-down effect of tech in the motorcycle world has introduced fly-by-wire throttles, traction control, anti-wheelie systems, and ABS to bikes. But some of the most promising developments are in the most important piece of motorcycling gear — the helmet. Startup CrossHelmet's X1 HUD is one of the most promising designs so far, with a built-in HUD display and rearview camera, along with a striking Stormtrooper-esque look. With the companion smartphone app, you get voice commands, CrossSound control for dampening environmental sounds, and GroupTalk for communication with other riders. CrossHelmet's Kickstarter launches September 13, 2017.