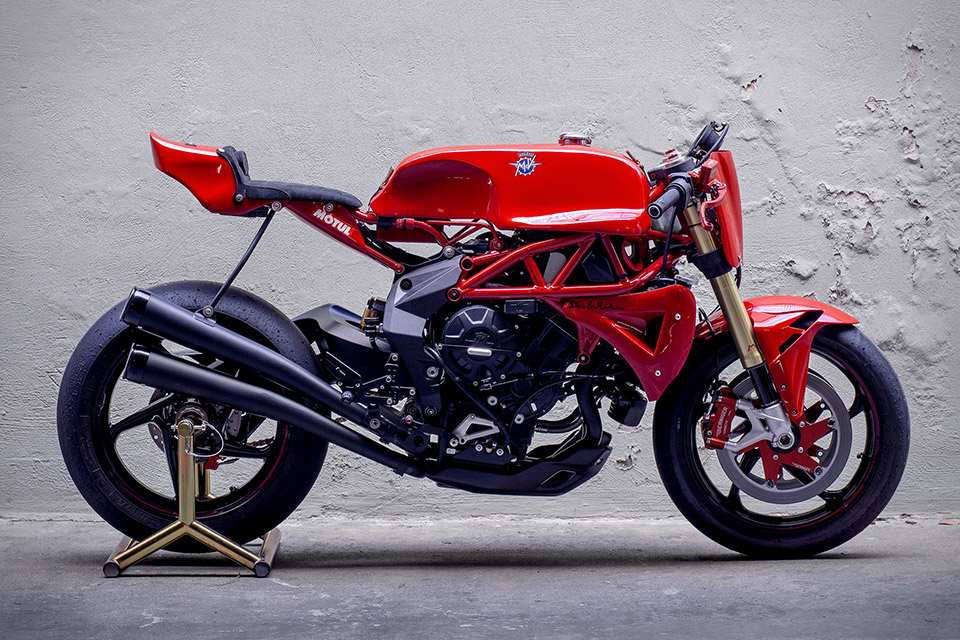 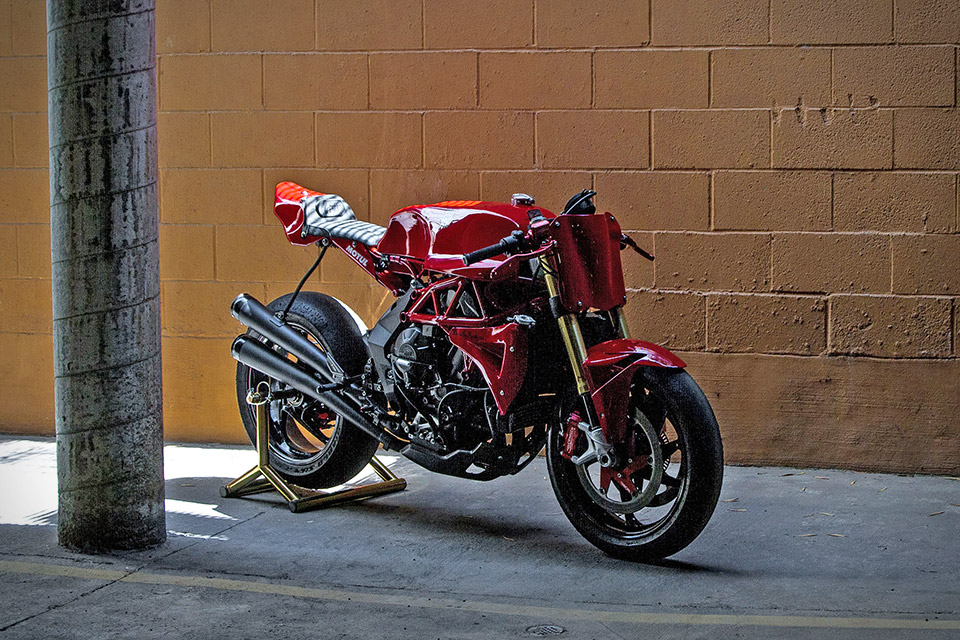 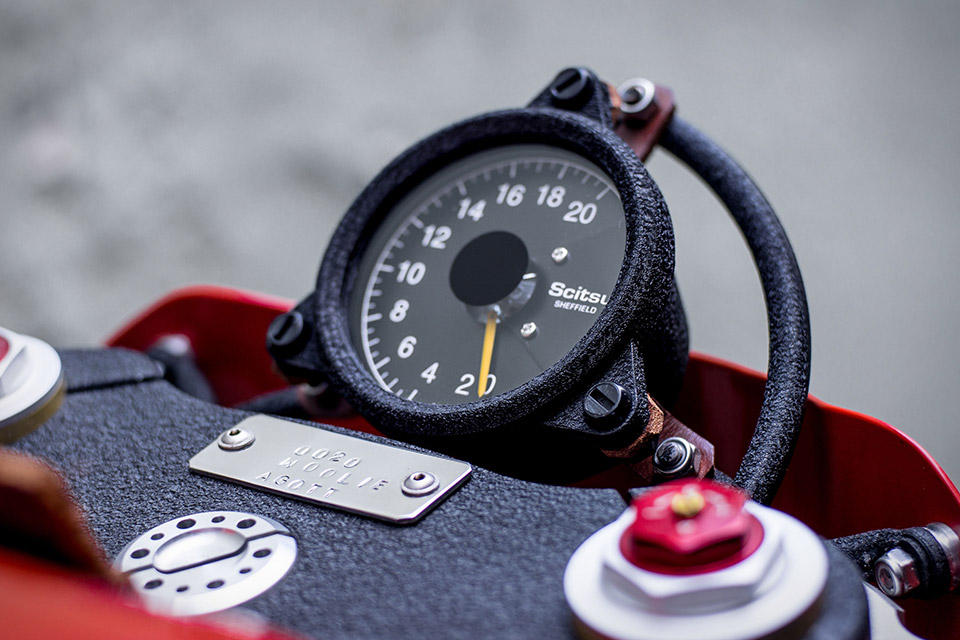 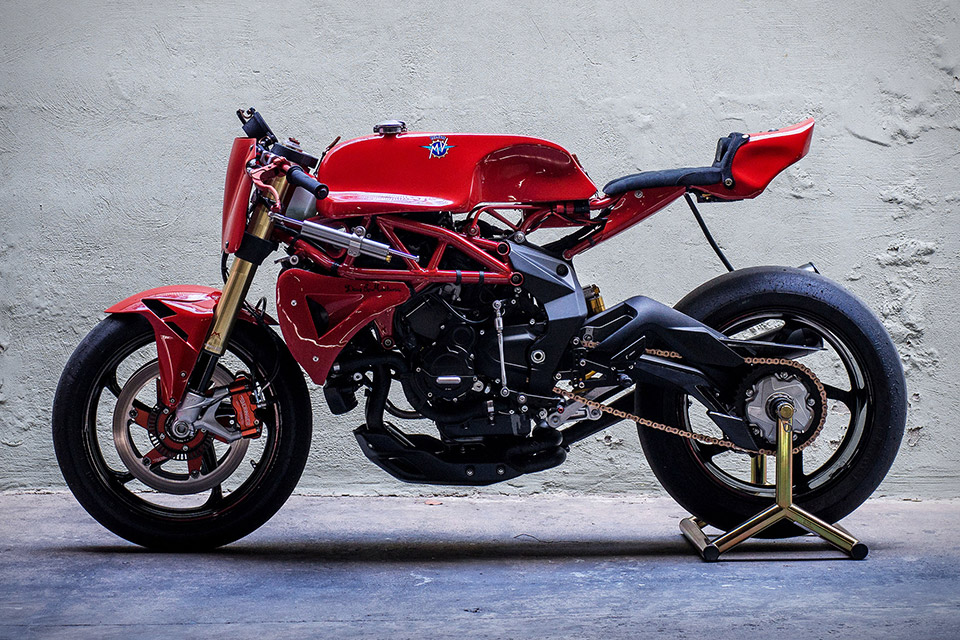 Named after racer Giacomo Agostini, who won 13 Grand Prix championships and 10 Isle Of Man TT's, the Deus Ex Machina Ago TT Motorcycle is part tribute, part modern reinvention. Based on an MV Agusta Brutal 800rr, the bike sits on a custom subframe, and offers several dramatic features, among them the custom aluminum tank shell formed from seven separate pieces of aluminum. There's also a handmade aluminum tail that houses the electronics, a custom Öhlins rear shock, Beringer hand controls, and a Scitsu tach. Also notable is what it's lacking, namely a headlight, turn signals, and license plate, as they're unnecessary for a bike whose only home is the track.