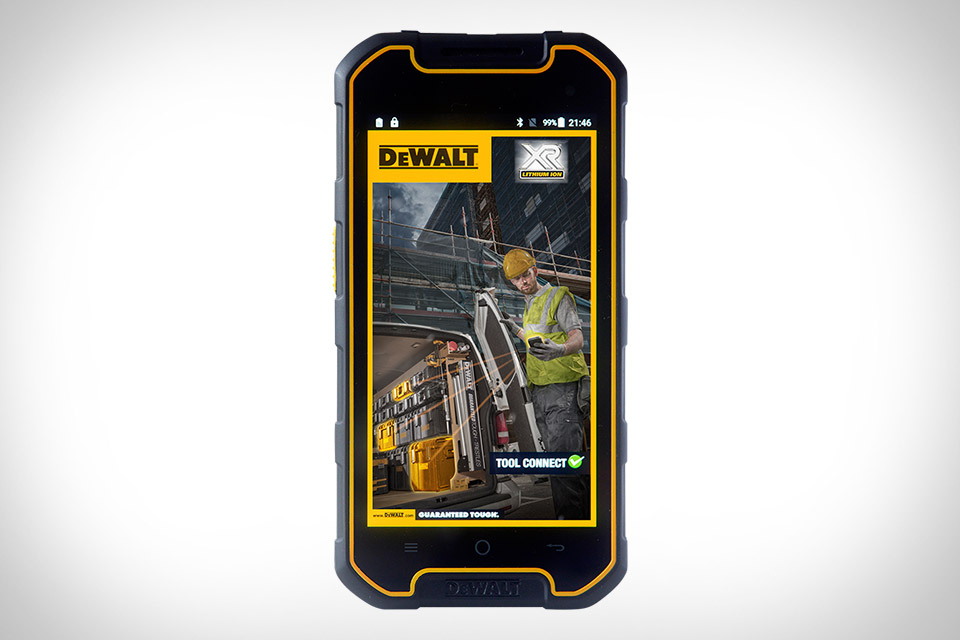 DeWalt already makes rugged tools. Now they're making a rugged version of the most important one: the smartphone. Powered by Android, the DeWalt Smartphone is as ready for the jobsite as any of their other tools, with IP68 dust- and waterproofing, military-grade protection against drops, bangs, chemicals, extreme temperatures, and pressure, and dual SIM slots for easily switching between work and home. It also has a 5-inch screen, LTE networking, wireless charging, and all the other features you'd expect in a phone, even one that's more suited to the boardroom than the boiler room.