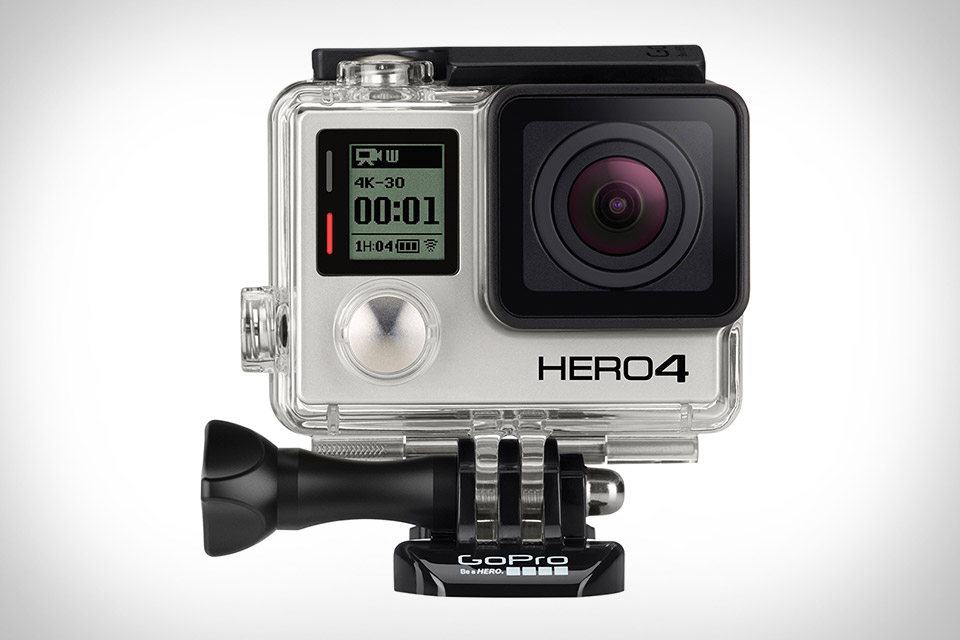 Despite the name, the GoPro Hero4 Black Camera isn't actually black. It's silver and boxy, just like its predecessors. But it does do something no GoPro has done before — capture gorgeous 4K footage at a smooth , 30 frames per second. In addition, it also records 1080 video at a slo-mo friendly 120 fps, grabs 12MP still photos at burst speeds of up to 30 fps, boasts a processor that's two times as powerful as the last model, packs in a new microphone that delivers roughly twice the dynamic range, offers new low-light settings, and sports built-in Wi-Fi and Bluetooth to let you use your phone or tablet as a live video remote and share your best moments instantly.