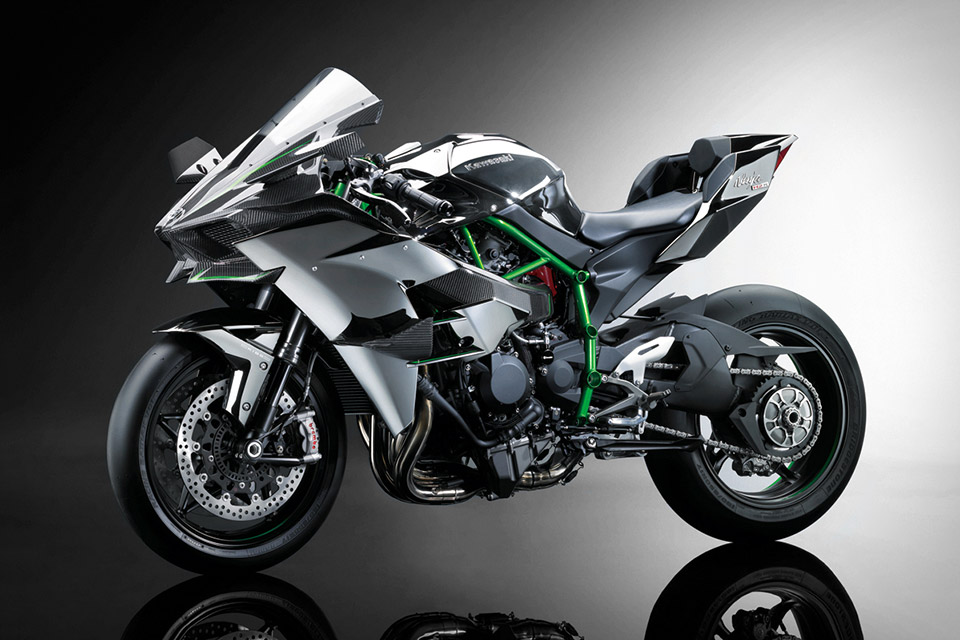 With a design that resembles a Transformer's head from straight on, the Kawasaki Ninja H2R Motorcycle leaves little doubt as to its sinister intentions. At its heart is an all-new, 998cc inline four cylinder engine that's paired with a hyper-efficient supercharger to generate an insane 300hp. The company's Aerospace division crafted the jet fighter-like lines of the carbon fiber bodywork, and a host of advanced systems like KTRC traction control, KEBC engine braking control, and KLCM launch control help keep you on the road. Or should we say track — since the authorities have deemed the Ninja H2R too extreme for the street, you'll only be riding this one on race day.