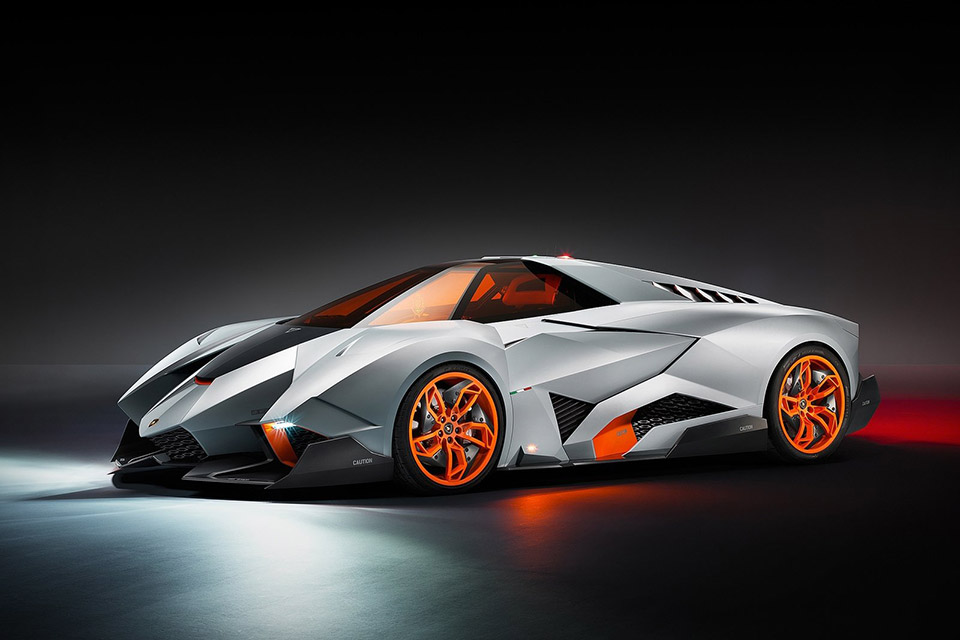 Plenty of cars — even Lamborghinis — draw inspiration from aviation, but few take the concept as far as this. Created to celebrate Lambo's 50th anniversary, the Lamborghini Egoista Concept ($TBA) takes many of its styling cues from the Apache helicopter. Named after the Italian word for "selfish", this unique concept is centered around a single-person, carbon fiber and aluminum cockpit that's actually removable, and is designed around the driver, with a racing seat, four-point restraints, and a heads-up display. LED clearance lights replace traditional headlights, hidden xenon headlamps provide distance lighting, and flaps on the bodywork help increase stability and airflow to the 600hp, 5.2L V10 engine. If that wasn't enough, the body and wheels are made from anti-radar material, giving us just one more reason to believe that this beast won't be going into production any time soon.